"Manufacturing facility for the heavy-lift New Glenn launch vehicle is coming along nicely." 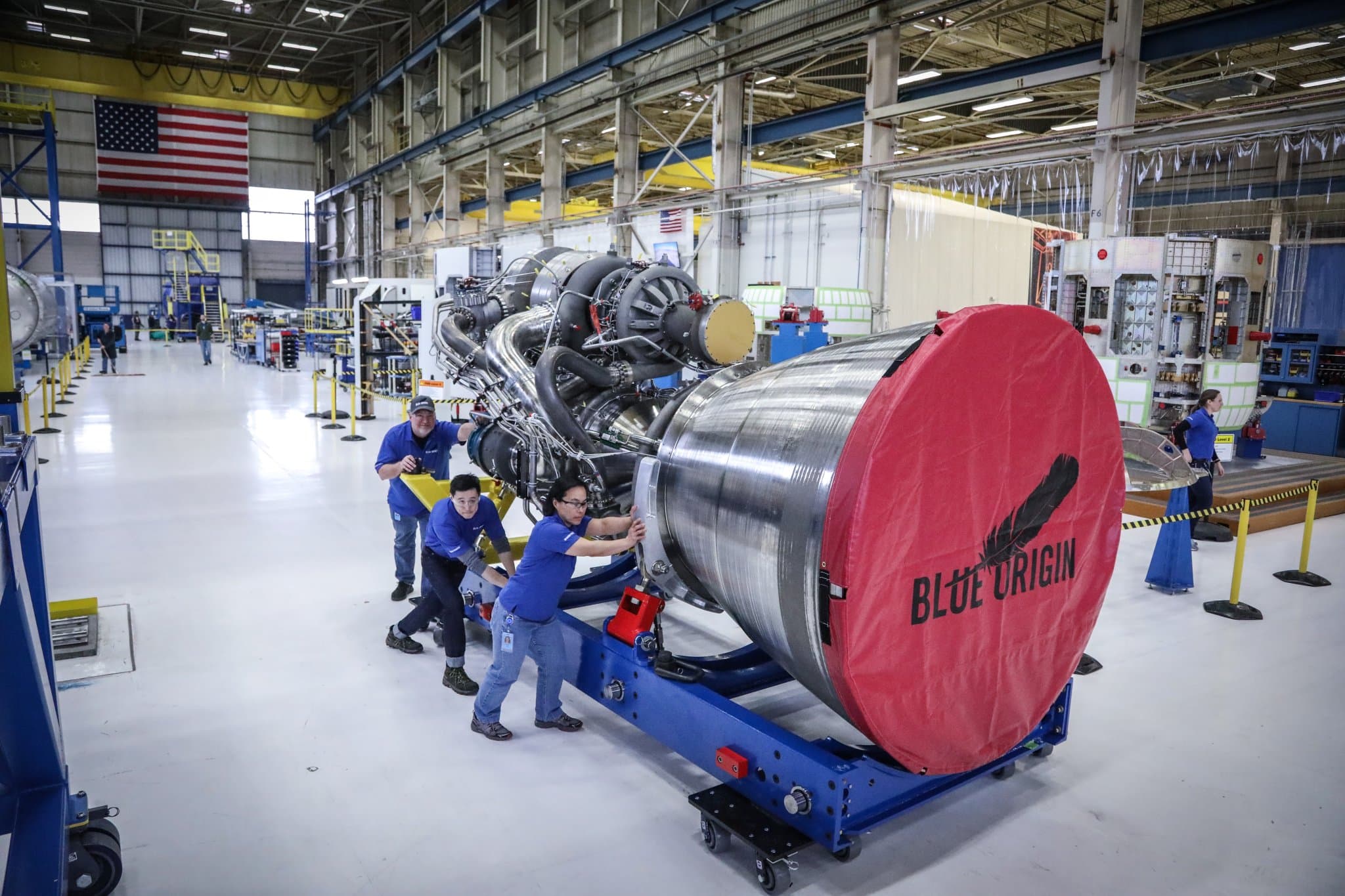 Amazon founder and CEO Jeff Bezos now has Instagram, and his very first post will be pretty hard to top. Bezos posted a drone video showing of a building under construction. As footage zooms to the roof of the building, we see Bezos himself on a lawn chair, holding a sign that reads, "Rocket factory coming soon."

The building is Blue Origin's new rocket factory in Florida, which began construction back in June 2016. It's slated to be an instrumental facility for Bezos' private spaceflight company. Among other things, Blue Origin's massive New Glenn rockets would be built there. "Manufacturing facility for the heavy-lift New Glenn launch vehicle is coming along nicely," says the caption for Bezos' post.

Similar to its New Shepard predecessor, the New Glenn would feature a fully reusable first stage. Bezos is keen to get in on emerging reusable rocket technology, especially in the wake of the recent successes Elon Musk's SpaceX has been racking up. While SpaceX is getting plenty of attention, Blue Origin was actually the first to successfully reuse a rocket — launching and landing the same rocket four times in a row.

It looks like this may all be part of laying the groundwork for Bezo's plan to colonize the solar system — a feat he realizes won't be achieved during his lifetime, as he said in an interview with The Washington Post last year. But, like Musk, Bezos is also eyeing Mars. "Eventually Mars might be amazing," he said. "But that’s a long way in the future."

Read This Next
Pale Blue Shat
William Shatner Explains Why His Trip to Space Was Horrible
Overview Effect
William Shatner Says His Space Trip Left Him With a Feeling of Terrible Grief
Rocket Guy
This Might Be the Weirdest-Looking Rocket We've Ever Seen
And Beyond
How NASA Got Price Gouged on the SLS, According to Its Former Second-in-Command
Billionaire Bailout
Bernie Sanders Working to Block Jeff Bezos From NASA Moon Contract
More on Off World
Take Cover
Yesterday on the byte
Space Startup Blows Up Another Giant Inflatable Space Station Module
Rock Blast
Yesterday on the byte
Scientists Say There's an Upside to Those Rocks That Keep Bludgeoning the James Webb
Meathead Theory
Yesterday on the byte
Professor Receives Insane Email Claiming "Biological" Green Comet Is Giving Off "Meat Smoke"
READ MORE STORIES ABOUT / Off World
Keep up.
Subscribe to our daily newsletter to keep in touch with the subjects shaping our future.
+Social+Newsletter
TopicsAbout UsContact Us
Copyright ©, Camden Media Inc All Rights Reserved. See our User Agreement, Privacy Policy and Data Use Policy. The material on this site may not be reproduced, distributed, transmitted, cached or otherwise used, except with prior written permission of Futurism. Articles may contain affiliate links which enable us to share in the revenue of any purchases made.
Fonts by Typekit and Monotype.