Five Couples Agree to CRISPR Their Babies to Avoid Deafness

But are the benefits of hearing worth the risks of gene editing? 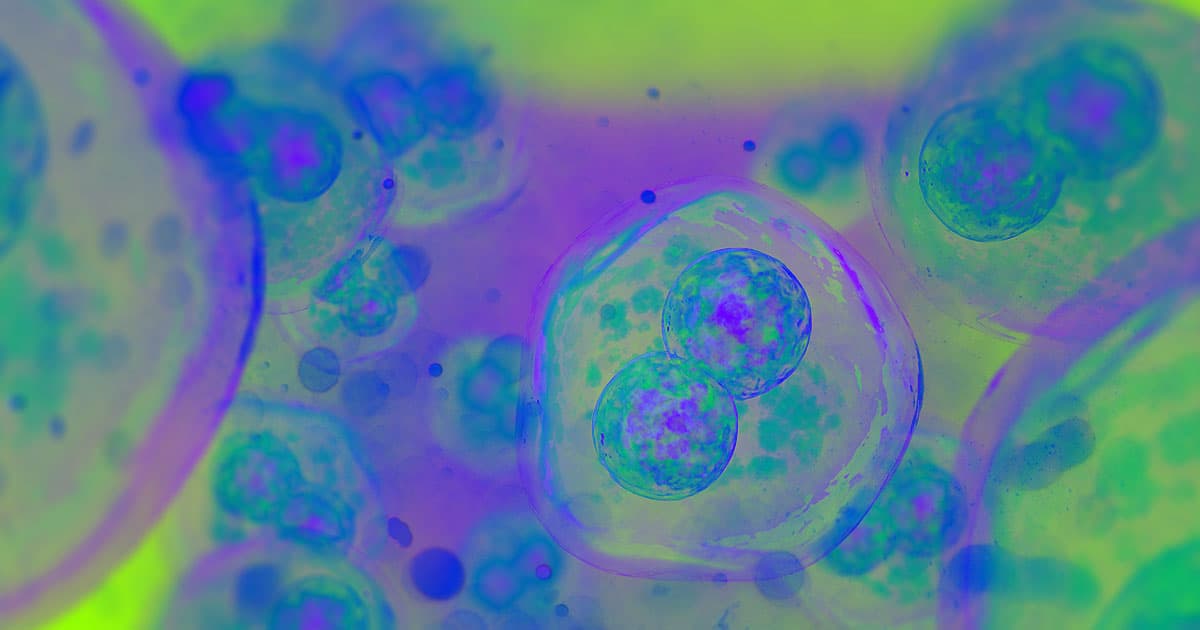 Denis Rebrikov wants to use CRISPR to create more gene-edited babies — and he already knows who their parents might be.

In June, the Russian biologist told Nature he planned to gene-edit human embryos and then bring them to term. To date, only one person — Chinese scientist He Jiankui — has ever openly produced gene-edited babies, with the claim that the edits would prevent the babies from inheriting their fathers' HIV.

On Thursday, Rebrikov told New Scientist he has five pairs of Russian parents eager to let him gene-edit their embryos for a different and socially loaded reason: to prevent the offspring from inheriting their parents' deafness.

Rebrikov told New Scientist that each parent interested in his study is deaf due to mutations in their GJB2 gene. When two people with those mutations reproduce, the child is guaranteed to be born deaf.

By using CRISPR to edit one copy of the GJB2 gene in a fertilized embryo, Rebrikov believes he'll be able to grant the parents' wishes to have a biological child that isn't deaf.

If Rebrikov is going to move forward with using CRISPR on human embryos — and it seems there's nothing anyone outside of Russia can do to stop him — this use of CRISPR is potentially more justifiable than He's arguably unnecessary attempts to prevent HIV.

"It is clear and understandable to ordinary people," he told New Scientist. "Each new baby for this pair would be deaf without gene mutation editing."

Also unlike He, who acted without first consulting Chinese authorities, Rebrikov plans reach out to the Russian government in "a couple of weeks" to ask permission before beginning his controversial CRISPR experiment.

Rebrikov's use of CRISPR might be more medically justifiable than He's, but that doesn't mean it's not still highly controversial.

For one, some don't think deafness is a condition that needs to be treated at all. They argue that deafness is a culture that should be embraced, not a disability. In fact, some see surgeries or medical devices designed to give otherwise deaf individuals the ability to hear as a form of "genocide" against a minority group.

Many of those people — as well as some whose deafness can't be addressed by medical interventions — live full, otherwise healthy lives without the ability to hear. And at this early stage in CRISPR research, some scientists think we shouldn't risk experimenting with the tech on humans unless it's necessary to save their lives.

"The first human trials should start with embryos or infants with nothing to lose, with fatal conditions," University of Oxford bioethicist Julian Savulescu told New Scientist. "You should not be starting with an embryo which stands to lead a pretty normal life."

Read This Next
Great Apes
Could We Gene Hack Ourselves to Be Blissed Out Sex Maniacs, Like Our Distant Cousins the Bonobos?
Pointless Procedure
CRISPR Baby Experiment Meant to Prevent HIV Might Not Even Work
Gene Editing Ban
Experts Call for Temporary World Ban on Gene-Hacked Children
Big Brain
Scientist Who Gene-Hacked Babies "Likely" Boosted Their Brainpower
Small Wonder
Tiny New CRISPR Protein Could Make Human Gene-Hacking Less Risky
More on Enhanced Humans
Skull Candy
Oct 24 on the byte
A Guy Lost His Eye and Put a Bright Light Into the Socket
So Sue Me
Sep 28 on futurism
Battle Erupts Over Alleged Grisly Photos of Brain-Hacked Neuralink Monkeys
Synchron Eyes
Aug 23 on the byte
Frustrated With Neuralink's Slow Progress, Elon Musk Approaches Competitor
READ MORE STORIES ABOUT / Enhanced Humans
Keep up.
Subscribe to our daily newsletter to keep in touch with the subjects shaping our future.
+Social+Newsletter
TopicsAbout UsContact Us
Copyright ©, Camden Media Inc All Rights Reserved. See our User Agreement, Privacy Policy and Data Use Policy. The material on this site may not be reproduced, distributed, transmitted, cached or otherwise used, except with prior written permission of Futurism. Articles may contain affiliate links which enable us to share in the revenue of any purchases made.
Fonts by Typekit and Monotype.