A New Dutch Farm is Producing Carbon-Neutral Eggs. Here's How.

A whopping 70% of the carbon footprint in eggs comes from growing corn to feed chickens. 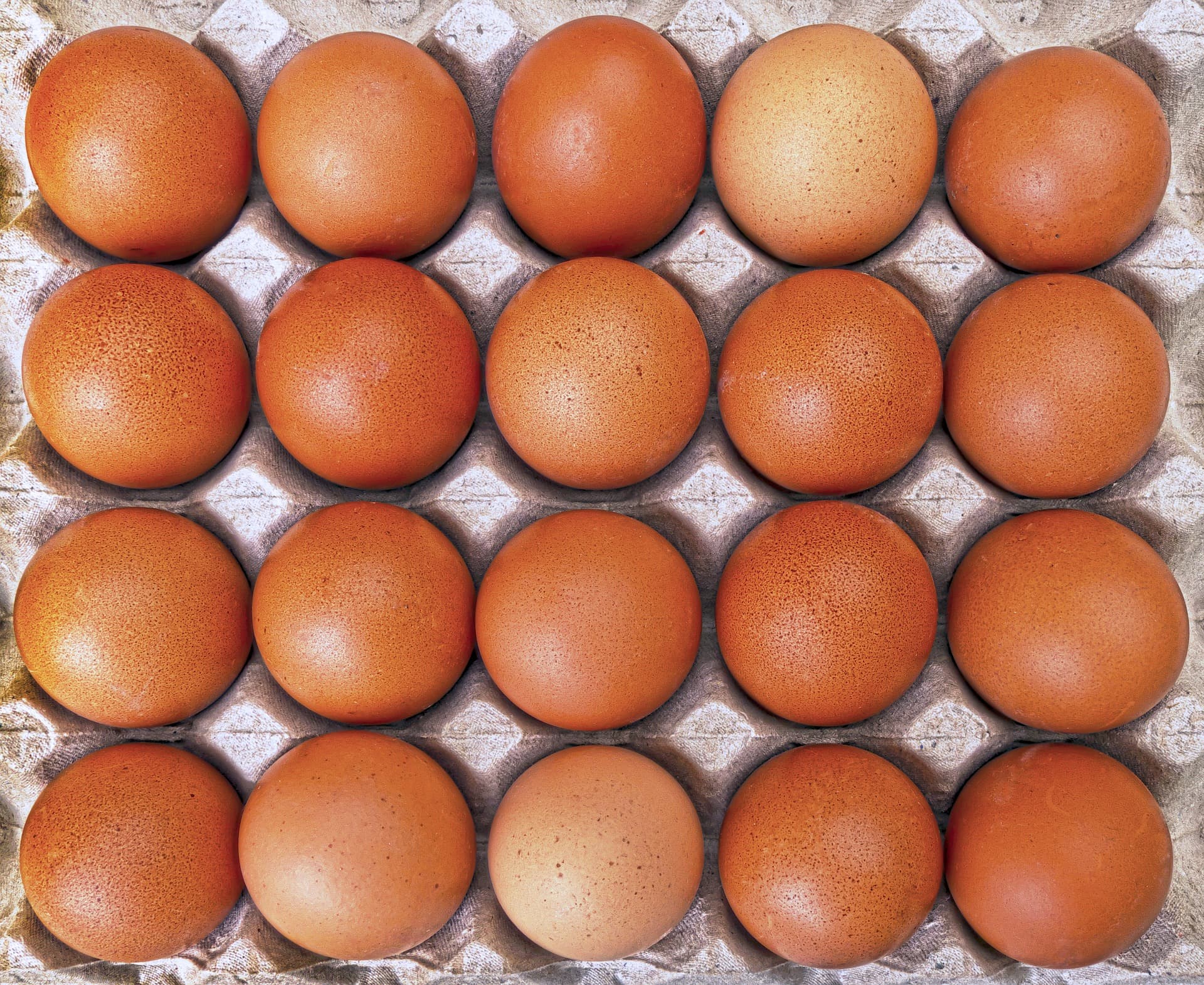 In recent years, free-range and organic eggs have become increasingly popular among people who are eager to support more ethical farming methods. Now, Dutch stores are stocking a food produced with the environment, as well as animal welfare, in mind: carbon-neutral eggs, meaning that no emissions are associated with their production.

These 'Kipster eggs' are the product of a new farm that's been established near the Dutch city of Venray. It diverges from the techniques commonly used to yield organic and free-range eggs, which see chickens fed with human-grade corn.

“It makes no sense for us to be competing with animals for food,” Ruud Zanders, the poultry farmer and university lecturer behind the project, told The Guardian. “And 70% of the carbon footprint in eggs is accounted for by the feed for the chickens.”

The farm collects waste items like broken biscuits and rice cakes from local bakeries, along with other edible items that are set to be thrown away, and turns it into feed for the chickens. This has a twofold effect; it prevents the "competition" between humans and animals for the same food sources that Zanders refers to, and has a positive effect on the farm's carbon footprint.

However, its choice of chicken feed isn't the only effort the operation is making to limit its carbon emissions. It has also installed some 1,078 solar panels that provide more than enough energy for the farm itself, with any overage being sold back to the grid.

Based on the effect of these solar panels and the way the chickens are fed, a study by the Wageningen University found that the farm's eggs could be considered carbon-neutral eggs. Zanders has said that if this status changes in the future, he will install further solar panels elsewhere to reduce CO2 emissions even further.

That's good news, given that carbon emissions are one of the biggest problems of our time. A recent report commissioned by the United Nations stated that current levels haven't been seen in three million years. With those emissions triggering rapid climate change and ocean acidification, there are pressing concerns that we could trigger a massive ecological disaster within the next century. Experts have suggested that the only way humans can survive is become carbon-neutral, or even carbon-negative.

Fortunately, there are signs that things are beginning to change. China is shutting down factories, gas- and diesel-powered cars are seemingly on their way out, and there are ongoing efforts to establish ways of converting CO2 into a usable fuel source.

It's going to take a unilateral shift across various different industries to ensure that we can address carbon emissions. Kipster eggs can't do it alone – but they could certainly contribute to a greater endeavor.

Read This Next
Hidden City
NYC's Greenery Eats Up All the CO2 From Its Cars, Trucks and Buses "And Then Some"
Futurism
How California's Incredible New Solar Panel Law Is Historic for Green Energy
Futurism
The Ozone Layer is Not Recovering and We Don't Know Why
Futurism
Dubai Has the World's Most Ambitious Plan to Turn Waste into Energy
Futurism
Catching Up With the New E.U. Emissions Targets Will Cost Germany a Trillion Euros
More on Earth & Energy
Stem Ware
Yesterday on the byte
Scientists Discover World's Oldest Preserved Vertebrate Brain
From Bad to Worse
Thursday on the byte
Global Warming Is Worse Than We Thought, AI Tells Scientists
RIP Fred
Thursday on the byte
Instead of Predicting Length of Winter, Groundhog Simply Dies
READ MORE STORIES ABOUT / Earth & Energy
Keep up.
Subscribe to our daily newsletter to keep in touch with the subjects shaping our future.
+Social+Newsletter
TopicsAbout UsContact Us
Copyright ©, Camden Media Inc All Rights Reserved. See our User Agreement, Privacy Policy and Data Use Policy. The material on this site may not be reproduced, distributed, transmitted, cached or otherwise used, except with prior written permission of Futurism. Articles may contain affiliate links which enable us to share in the revenue of any purchases made.
Fonts by Typekit and Monotype.