A VR Developer Created an Expansive Virtual World for Chickens

The birds can enjoy the free-range lifestyle without any of the stress. 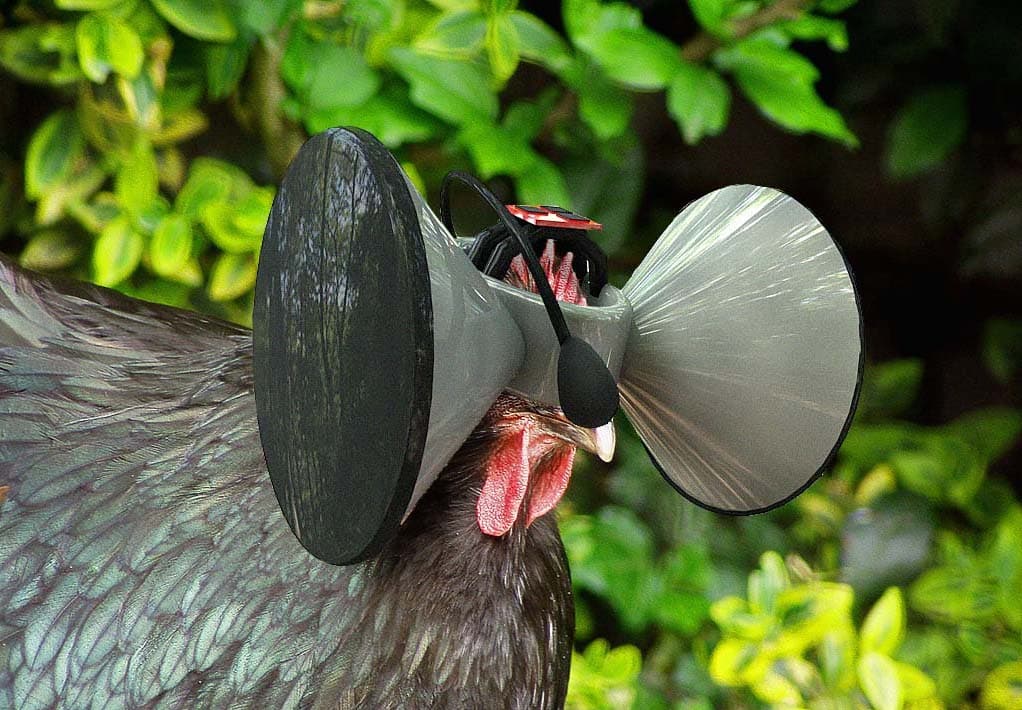 Free-range livestock is going to the next level, thanks to a unique, if seemingly silly idea that has recently gone viral. Second Livestock is a free range world for chickens in virtual reality (VR). And yes, just like most of VR's current applications, it actually works like a game — a massively-multiplayer one full of chickens and with no AI bots.

In an interview with Vox, Second Livestock's founder and associate professor at the Iowa State University’s College of Design Austin Stewart explained that this virtual free range is really a social experiment between chickens living in a VR world. "I feel like this is more of a design project, to get people to have a conversation about animal husbandry," he said. "We live in boxes, just like the chickens we eat."

In reality, the chickens in Second Livestock live close to each other. In their virtual world, however, they live a life in the open. The world features real-life scenarios too, complete with its own creepy crawlers and water sources for the chicken to feed on and drink from. "[A]nd there are no predators, obviously," he explained in the interview. "So they're free to just worry about chicken business."

And worry about chicken business they do, except these chickens do it in style while wearing their VR headsets. Of course, this is still all an idea, and actually strapping VR headgear to chickens would require approval from various committees in Stewart's university. But it is an idea worth exploring, as it could potentially help farmers and chickens alike, making it cheaper and potentially eliminating losses expected in farming free-range chickens.

"There's research suggesting that free-range chickens show all the signs of having a stressful life," Stewart said in the interview. "They have more broken bones, they get broken legs, etc., whereas birds raised in little boxes don't have those indicators of stress. And who's to say which is better?"

Second Livestock is another viable application of VR outside of just gaming. Certainly, it may seem unusual, but maybe not so much as testing electric shocks via VR or partying with friends in a virtual world. At the very least, it could help demonstrate whether animals experience VR the same way human beings do.

"Will animals actually accept a virtual world as readily as we do, or is there some level of intelligence or imagination that needs to happen where we can suspend disbelief more readily than a chicken can?" Stewart asked in the Vox interview. "I don't know."