"This is a complete paradigm shift for treating people with complete blindness." 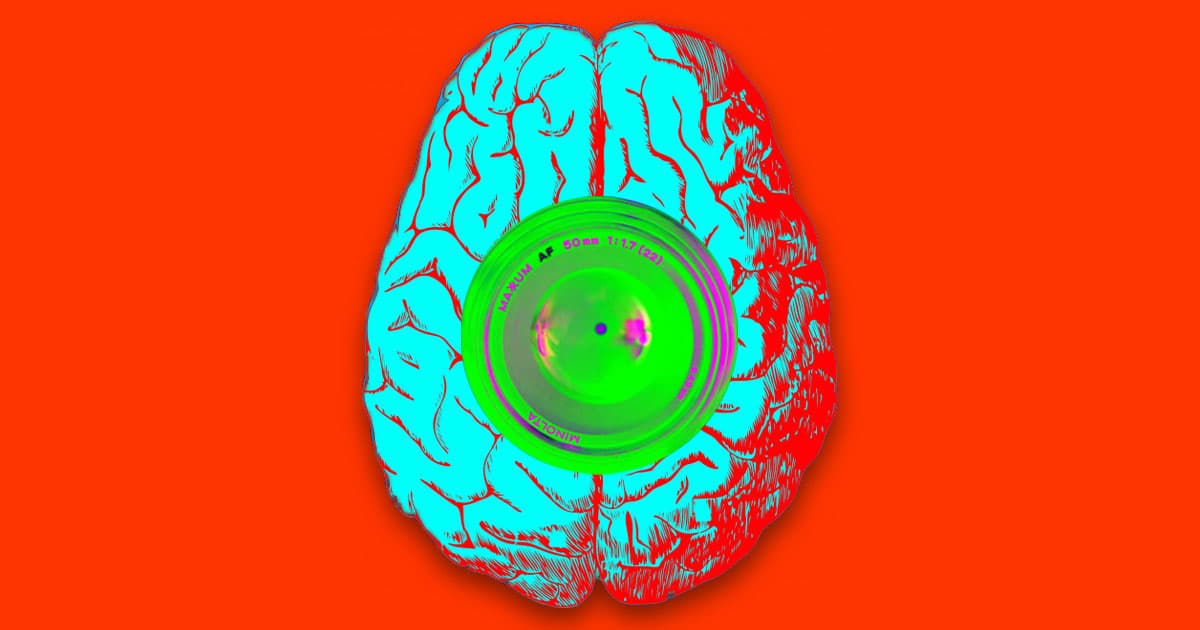 When a person becomes blind — as opposed to being born that way — their brain's visual cortex is typically undamaged. However, it's also fairly useless since it's not receiving any information from the eyes.

In an extraordinary medical trial, six blind people have now had their vision partially restored thanks to Orion, a new device that feeds images from a camera directly into the brain — and they may just be the first of many to benefit from the cutting-edge tech.

"By bypassing the eye completely you open the potential up to many, many more people," Optegra Eye Hospital surgeon Alex Shortt, who wasn't involved with the research, told The Daily Mail. "This is a complete paradigm shift for treating people with complete blindness. It is a real message of hope."

The Orion device comprises two main parts: a brain implant and a pair of glasses. The implant consists of 60 electrodes that receive information from a camera mounted on the glasses. Together, they can deliver visual information directly to the wearer's brain, removing the eyes from the equation entirely.

To test their device, the researchers asked completely blind participants in an early feasibility study to look at a black computer screen while using Orion. When a white square would randomly appear on the screen, the participants could correctly point to the square the majority of the time.

Yoshor believes that the white square may be just the start of restoring vision to blind patients.

"Theoretically, if we had hundreds of thousands of electrodes in the brain we could produce a rich visual image," he said in a press release. "Think of a painting that uses pointillism, where thousands of tiny spots come together to create a full image. We could potentially do the same by stimulating thousands of spots on the occipital part of the brain.”

Still, even in its current state, the device is already changing lives.

"It is awe inspiring to see so much beauty," Benjamin James Spencer, a 35-year-old study participant who has been blind since age nine, told The Daily Mail, noting his new ability to see his wife's face shape and his kids running up to him for a hug.

"It is not perfect vision — it is like grainy 1980s surveillance video footage," Spencer added. "It may not be full vision yet, but it’s something."

Read This Next
Eyes Have It
Doctors Are Preparing to Implant the World's First Human Bionic Eye
Futurism
Getting Struck By Lightning Can Make Brain Implants Stop Working
Futurism
For the First Time Ever, Scientists Boosted Human Memory With a Brain Implant
Futurism
Researchers Just Found a Way to Create Better Bionic Eyes
Futurism
A New Vision-Restoring Brain Implant Could Give Sight to the Blind
More on Enhanced Humans
Butcher Shop
Tuesday on futurism
Neuralink Employees Admit Company Has Killed 1,500 Animals So Far
Skull Candy
Oct 24 on the byte
A Guy Lost His Eye and Put a Bright Light Into the Socket
So Sue Me
Sep 28 on futurism
Battle Erupts Over Alleged Grisly Photos of Brain-Hacked Neuralink Monkeys
READ MORE STORIES ABOUT / Enhanced Humans
Keep up.
Subscribe to our daily newsletter to keep in touch with the subjects shaping our future.
+Social+Newsletter
TopicsAbout UsContact Us
Copyright ©, Camden Media Inc All Rights Reserved. See our User Agreement, Privacy Policy and Data Use Policy. The material on this site may not be reproduced, distributed, transmitted, cached or otherwise used, except with prior written permission of Futurism. Articles may contain affiliate links which enable us to share in the revenue of any purchases made.
Fonts by Typekit and Monotype.