Scientists Plugged a Bionic Eye Directly Into This Woman's Brain

She had a computer port surgically embedded in her skull. 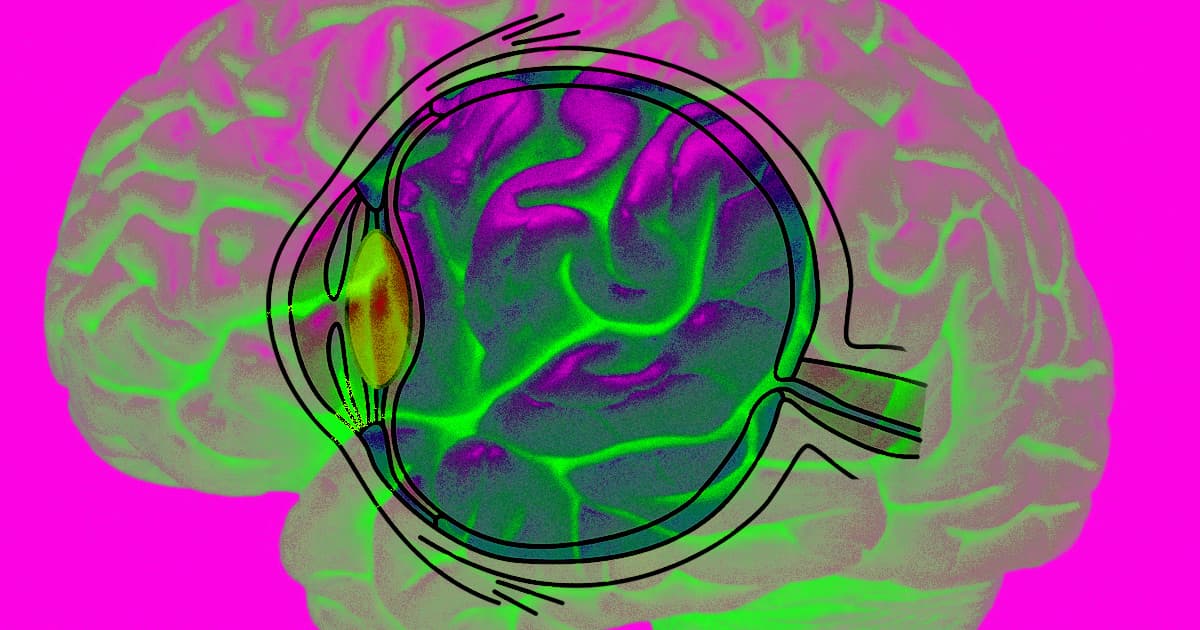 Bernardeta Gómez has been blind for 16 years. But using a bionic eye developed by Spanish neuroengineer Eduardo Fernandez, she was able to see again — without using her biological eyes at all.

The system, which Fernandez is honing at his University of Miguel Hernandez lab, comprises a few different parts, as detailed in a newly-published story in MIT Technology Review.

First, there's a pair of glasses fitted with a camera that connects to a computer. The computer translates the camera's live video feed into electronic signals. Those signals are then sent via a cable to a port that Fernandez surgically embedded in the back of Gómez's skull. That port connects to an implant in the visual cortex of Gómez's brain.

Or it did for six months, anyway — that's all the time Fernandez was approved to test the bionic eye with Gómez before he had to remove the 100-electrode implant.

For those six months, though, Gómez visited the lab four times per week, using the system to see a low-res version of the world around her. Though what she "saw" in her mind was little more than glowing dots, it was still enough to allow her to identify letters, lights, and people.

"She even played a simple Pac-Man-like computer game piped directly into her brain," MIT Tech wrote.

Now that Fernandez knows his bionic eye works, he's looking ahead to the next steps. Those will include testing ways to prevent the implant from degrading while in the body — and testing the entire system on more people.

"Berna was our first patient, but over the next couple of years we will install implants in five more blind people," he told MIT Tech. "We had done similar experiments in animals, but a cat or a monkey can’t explain what it’s seeing."

Fernandez isn't the only researcher developing a bionic eye that restores vision while bypassing the biological eyes altogether — and the new approach could have a far greater impact on the blind community.

"Previously all attempts to create a 'bionic eye' focused on implanting into the eye itself," Alex Shortt, a surgeon at Optegra Eye Hospital, told The Daily Mail in a July 2019 story focused on a system that works similarly to Fernandez's. "It required you to have a working eye, a working optic nerve. By bypassing the eye completely, you open the potential up to many, many more people."

More on bionic eyes: A Man’s New Bionic Eye Lets Him See After an Accident Blinded Him