What looks like everyday sunglasses is actually a camera linked to a brain implant. 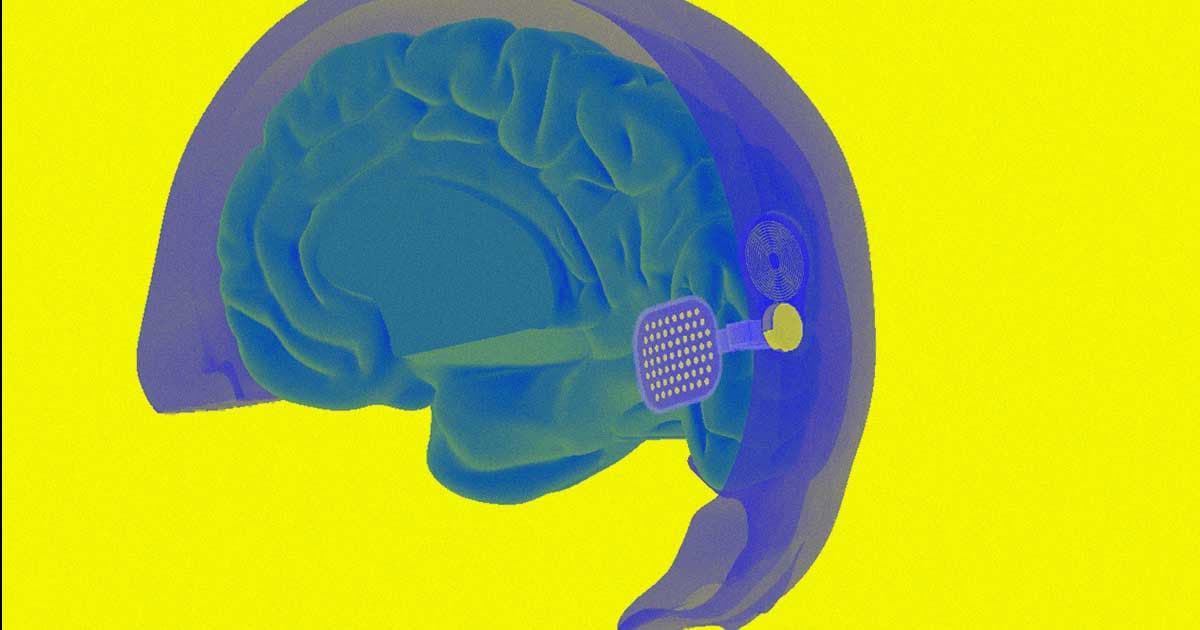 Months after being fitted with a bionic eye — a camera hooked up to a neural implant — a man named Jason Esterhuizen was able to see for the first time since he was blinded by a car accident.

Esterhuizen is one of six people in the world to be outfitted with the Orion, an experimental device that takes video footage, converts it into electrical activity, and stimulates the pattern onto the visual processing centers of his brain, according to OneZero. It helped him, he told the publication, see the candles on his birthday cake and spot oncoming traffic outside his home for the first time in seven years.

The Orion, the latest product from biotech startup Second Sight, fixes a key problem with previous bionic eyes: that almost nobody could use them.

That's because the electrodes in these visual prostheses typically sat in the back of the eye socket, OneZero reports, meaning they would only work if some of the biological eye's cells were still alive.

That's no longer the case, because Second Sight sends the Orion's implant directly into the brain.

"With the current system we're testing, you don’t even need to have eyes for the device to work," Nader Pouratian, the University of California, Los Angeles neurosurgeon who implanted Esterhuizen's Orion, told OneZero.

But that also means undergoing brain surgery and facing all the risks — like dangerous infections — that the procedure introduces.

For Esterhuizen, who tells OneZero that he now feels safer navigating everyday life, the added risk was worth it.

The Orion isn't the most advanced bionic eye out there — Stanford scientists are developing something similar that has enough resolution for people using it to read text. But Esterhuizen is happy with the results he's, well, seeing.

"It's not that the system helps them become completely independent," Pouratian told OneZero, "but if you can't see anything, being able to see just a little bit becomes extremely valuable."

READ MORE: A Blind Man Sees His Birthday Candles Again, Thanks to a Bionic Eye [OneZero]

6.22.22 Studies
If You Can't Stand on One Foot for Ten Seconds, Doctors Have Bad News
6.18.22 Studies
Scientists Say They're Honing in on a Pill You Can Take Instead of Exercising
6.06.22 Cancer
Scientists Intrigued by Treatment That Put Every Single Patient's Cancer Into Remission
4.21.22 Studies
New Study Claims That Antidepressants Don't Lead to Better Quality of Life
4.17.22 Cancer
More Than a Hundred Graduates of a Particular High School Got Rare Cancers