His first glimpse of the world in 20 years was the white stripes of a crosswalk. 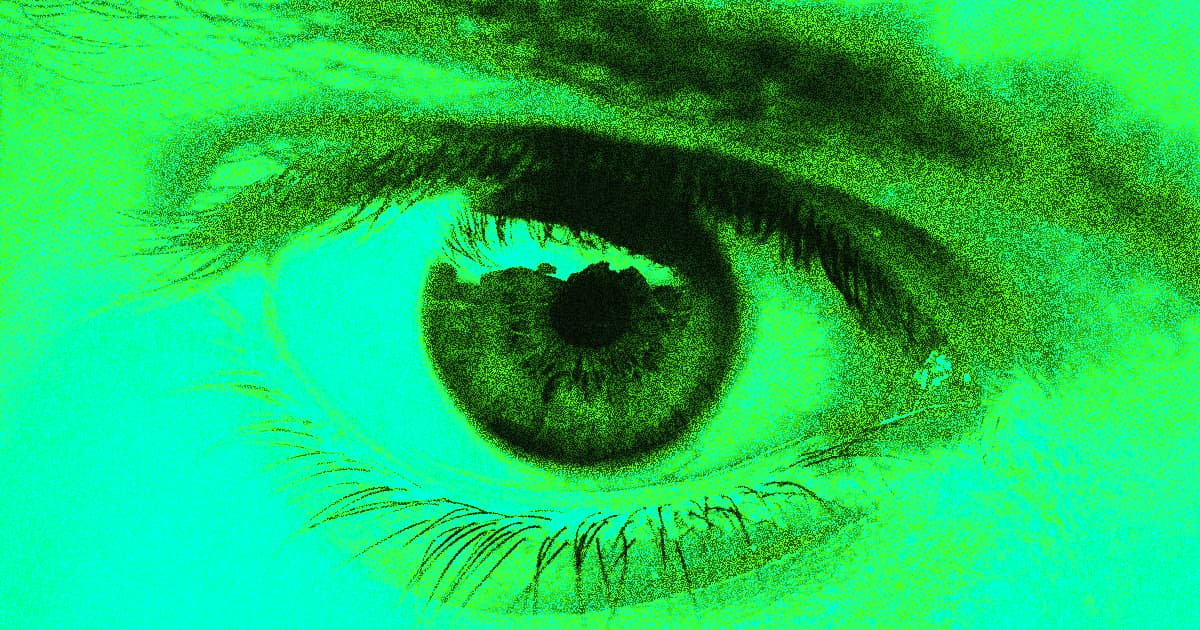 Two decades after an unusually severe case of the eye condition retinitis pigmentosa robbed a French man of his vision, an experimental gene therapy seems to have brought it part of the way back.

In order to reverse the man's blindness, the BBC reports, doctors in France used a new gene therapy to exploit a technique called optogenetics. Optogenetics is a common tool in neuroscience research that uses light to activate specific brain cells, but it's still brand new to the world of medicine.

In this case, the light-detecting cells in the man's retina had long since died off, so the doctors inserted an algae gene into the surviving cells in the area that programmed them to produce channelrhodopsins, a protein commonly found in algae that helps the photosynthetic microbes find and migrate toward sources of light, according to research published Monday in the journal Nature Medicine.

It took a lot of training, but eventually the man learned how to see again, starting with the big white stripes of a crosswalk.

"This patient initially was a bit frustrated because it took a long time between the injection and the time he started to see something," Dr José-Alain Sahel, the doctor who treated the patient at Paris' Institute of Vision, told the BBC.

"But when he started to report spontaneously he was able to see the white stripes to come across the street you can imagine he was very excited. We were all excited," he added.

Because there's a big difference between photosynthetic algae and the human eye, the new optogenetic gene therapy didn't restore the man's vision to normal levels. It also didn't allow him to see in color.

Another logistical challenge is that as his vision came back, it became clear that the channelrhodopsins only responded to amber-colored light, so the man needed to wear special goggles that translated a video feed into the right wavelength so he could actually see the world around him.

But despite the therapy's limitations — retinitis pigmentosa is a complex genetic disease and algae proteins are a blunt workaround — the doctors told the BBC  that they're extremely encouraged by the fact that they found a medical application for optogenetics, and they suspect that even more treatments relying on it will begin to emerge soon.