"They described seeing glowing spots or lines forming the letters, like skywriting." 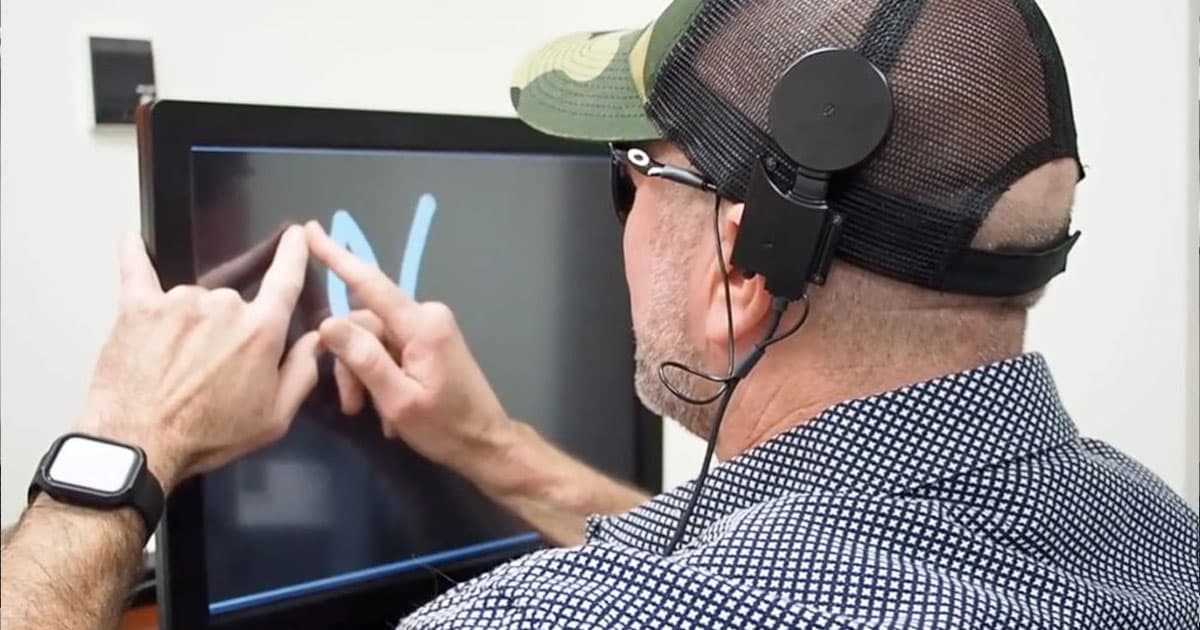 A team of scientists at Baylor College of Medicine in Houston has developed a brain implant that allows both blind and sighted participants "see" the shape of letters.

As detailed in a new paper published in the journal Cell, the device works by skipping the eye and relaying visual information from a camera straight to electrodes implanted in the brain.

It's a step toward a "visual prosthetic" that would allow the blind to fully regain vision — though such a device is likely still many years out.

But what the researchers created is nonetheless remarkable: participants were able to "see" the outlines of shapes, thanks to complex sequences of electrical pulses sent to their brains.

"When we used electrical stimulation to dynamically trace letters directly on patients' brains, they were able to 'see' the intended letter shapes and could correctly identify different letters," senior author Daniel Yoshor from the Baylor College of Medicine in Houston said in a statement. "They described seeing glowing spots or lines forming the letters, like skywriting."

The new device differs from previous visual aids that treated each electrode like a pixel.

"Rather than trying to build shapes from multiple spots of light, we traced outlines," first author Michael Beauchamp, professor at Baylor College of Medicine in Houston, said in the statement.

"Our inspiration for this was the idea of tracing a letter in the palm of someone's hand," Beauchamp added.

Such a device could have a major impact on the lives of the blind and visually impaired.

"The ability to detect the form of a family member or to allow more independent navigation would be a wonderful advance for many blind patients," Yoshor told Live Science.

But the development of the device is still in its early stages, as the brain is an extremely complex organ.

"The primary visual cortex, where the electrodes were implanted, contains half a billion neurons," Beauchamp said in the statement. "In this study we stimulated only a small fraction of these neurons with a handful of electrodes."

Therefore "an important next step will be to work with neuroengineers to develop electrode arrays with thousands of electrodes, allowing us to stimulate more precisely," he added. "Together with new hardware, improved stimulation algorithms will help realize the dream of delivering useful visual information to blind people."

Read This Next
Futurism
BlindTool: This Free App Verbally Identifies Objects For the Blind
More on Sci-Fi Visions
Human v. Giraffe
Tuesday on the byte
Chaotic Italian Fashion Line Baffles Facial Recognition Software
Step One
Tuesday on the byte
World’s Third Richest Person Says He’s Developed "Addiction" to ChatGPT
FROM THE DEPT. OF...
Tuesday on futurism
The Best Places to Buy A Laptop in 2023
READ MORE STORIES ABOUT / Sci-Fi Visions
Keep up.
Subscribe to our daily newsletter to keep in touch with the subjects shaping our future.
+Social+Newsletter
TopicsAbout UsContact Us
Copyright ©, Camden Media Inc All Rights Reserved. See our User Agreement, Privacy Policy and Data Use Policy. The material on this site may not be reproduced, distributed, transmitted, cached or otherwise used, except with prior written permission of Futurism. Articles may contain affiliate links which enable us to share in the revenue of any purchases made.
Fonts by Typekit and Monotype.