Will Wireless Connections Between Autonomous Vehicles Make Them Safer?

And what information would be shared between vehicles? 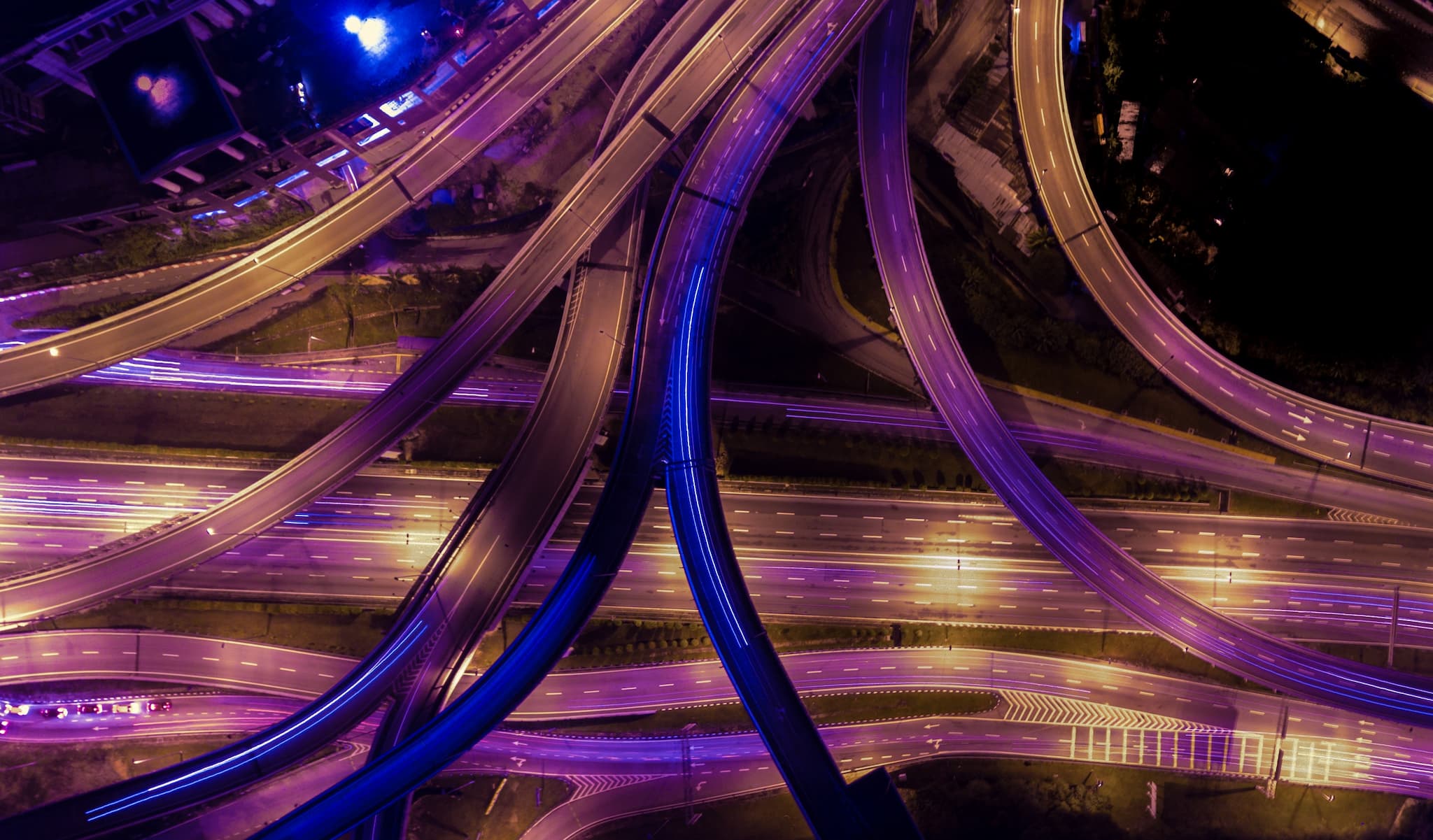 With vehicular deaths in the United States spiking – new data shows a 14 percent rise over the past two years, the first such rise in 50 years – the search for solutions is urgent. Crashes on American roads claim 1,000 lives every nine days.

In a recent article in The New York Times, “A Public-Health Crisis That We Can Fix” (7 March 2017), the writer, David Leonhardt, argued persuasively that distracted driving due to smartphone use is the leading cause of this spike.

Leonhardt suggested that if automation has brought U.S. airline deaths to virtually zero, why not apply it to create driverless cars?

Setting aside for the moment the irony of using wireless communications to prevent deaths ostensibly due to wireless communications, let’s examine the proposition. Certainly, driverless cars have been receiving significant attention due to their promise of increased safety and, tragically, because last year an engineer in a trial run lost his life in a driverless vehicle crash.

The electrification of vehicles already allows a vehicle to closely monitor its own performance and the condition of its components, increasing safety by notifying the driver of trouble or impending trouble. “Connected” vehicles are in touch with cellular networks, the cloud and/or cloud-based service offerings, including diagnostics, maps, infotainment and roadside assistance, to name a few.

Then there is the “driverless” vehicle. These are still on the drawing board and in occasional trials on public roadways, at least in the U.S. and the UK. Roughly two schools of thought guide their development. One has the driverless vehicle depending on sensors along its route. The other, truly “autonomous” option describes a vehicle equipped with enough artificial intelligence (AI) to sense its surroundings, communicate with other vehicles in its vicinity for collision avoidance and make independent decisions on its navigation. The possibility of a hybrid of these two approaches remains in play.

We know that one famous automaker is exploring the combined use of radar and a computer-based vision system for the situational awareness needed to pilot an autonomous vehicle. Another company, famous for its algorithms, is basing its navigational and decision-making system on Lidar (light detection and ranging), which involves a car-top unit that develops a precise map of its surroundings as it progresses down the road.

In both cases, the vehicle requires situational awareness to navigate the desired route and avoid obstacles and collisions. I’ve written about some of the challenges in “Situational awareness key to safe, self-driving cars,” Commonwealth Magazine (30 October 2016).

Though onboard technology for autonomy is also required, such a vehicle will likely communicate with similar vehicles in its vicinity to inform and expand its situational awareness. Whichever technology is used to provide situational awareness, some form of AI is needed to process and act on the incoming data to make driver-like decisions.

Thus a key question remains: how can we develop wireless connections between autonomous vehicles that are so reliable we’ll stake our lives on it?

With connectivity as the new goal to make driverless, autonomous vehicles a reality, what exact technology or technologies will deliver it? And what information would be shared between vehicles? These remain open questions, but let’s look at two leading candidates: 5G and dedicated short-range communications (DSRC) that depends on a variant of Wi-Fi known as IEEE 802.11p™ may well provide the wireless communication protocol(s). One requirement, apart from reliability, will be low latency. Information between multiple, perhaps hundreds of moving vehicles, must get information from A to B with super-low latency, say, 1-2 milliseconds. Another consideration is whether the radio spectrum is available and possesses sufficient bandwidth to carry these bursts of data at speed and scale.

5G is in its infancy, but its many expected innovations over what’s available today will include extremely high data speeds, significantly lower latency and increased network flexibility that may go a long way to solving some – though perhaps not all – of the challenges inherent in autonomous vehicles, including V2V communication. I’m personally skeptical that 5G in its cellular configuration – that is, vehicle-to-cell-tower-to-vehicle – will provide the super-low latency needed to avoid collisions, but 5G capabilities may work for relatively short-range V2V. 5G’s performance may be impacted by having many vehicles in dense traffic attempting to communicate simultaneously – precisely when safety measures are most needed. 5G’s journey to fruition will have to include favorable public policy and standards to support it.

In contrast, the IEEE 802.11p™ standard has been ratified and commercial off-the-shelf products are available. The main technological difference between 5G and IEEE 802.11p is that the latter relies on what we call a “contention base.” It’s akin to Wi-Fi performance. Anyone can log on, but the data speeds aren’t extremely fast. Both technologies have their supporters. It is conceivable that a hybrid approach could use the best of both methods for V2V connectivity.

Though the communications technologies for data exchanges between vehicles is currently in flux, one constant is the need to transmit that data over the airwaves, so sufficient spectrum is a must. Since 1999, the Federal Communications Commission has allocated 75 MHz of wireless bandwidth around 5.9 GHz for vehicular communication in the U.S. Due to underuse by the automotive industry up until now, this bandwidth is under pressure for use by other industries, even though we’re now seeing how it should be used by driverless vehicles. Still, such a narrow band might be swiftly overcome by the amount of data transmitted by driverless vehicles in traffic.

One possible solution to that challenge involves spontaneous access to wireless spectrum, which is a problem I’ve studied for a dozen years. It remains a challenge without a firm solution. I think that 5G’s support for something known as cognitive radio offers a potential solution. Cognitive radio would enable a vehicle to locate and lock in on available spectrum, whether it’s dedicated for vehicular communications or is simply unused at the exact moment a vehicle needs spectrum to communicate. And one model for algorithms that can perform this task comes from studies of bumblebee communication. Bumblebees act both in concert and individually as they seek the best source of nectar. A brief explanation of this concept is offered in “Cars Could Follow the Flight of the Bumblebee,” published by IEEE Spectrum (3 December 2015).

Ultimately, we’ll need to figure out how to accomplish all these actions on a highly dynamic topology, meaning numerous cars moving in different directions at various speeds. This remains a pressing research and development issue that will take at least a half-decade to resolve.

If the use of wireless communications tempts humans to distraction, perhaps it’s fitting that it can also offer a solution to make our roads safer. And if we can solve the challenges of mobile communications between a multitude of fast vehicles, we can apply those solutions in other areas, including the Internet of Things (IoT), which promises to connect a gazillion devices. Safer roads are just the beginning of a longer journey.

Read This Next
LIDARally
Volvo's New Electric Car Won't Drive if It Detects That You're Drunk
Kiddy League
Tesla Fans Put Child in Path of Moving Tesla on Self-Driving Mode
Charged Up
Startup Says Amazing New Battery Lets EVs Drive 400 Miles, Recharge in 15 Minutes
Self-Delusion
Experts Alarmed by Videos of Tesla Full Self-Driving Totally Screwing Up
Shots Fired
Ford CEO Mocks Tesla For Rolling Out Half-Finished Autonomous Driving
More on Op-Ed
SPONSORED CONTENT
9. 30. 21 on futurism
Buy Delta 8 THC Online: Top D8 Companies of 2021
SPONSORED CONTENT
9. 27. 21 on futurism
Delta 8 Carts Near Me: Top 15 Brands to Buy From
Mirror, Mirror
5. 16. 21 on the byte
Watch the James Webb Space Telescope Open Its Massive, Golden Mirrors
READ MORE STORIES ABOUT / Op-Ed
Keep up.
Subscribe to our daily newsletter to keep in touch with the subjects shaping our future.
+Social+Newsletter
TopicsAbout UsContact Us
Copyright ©, Camden Media Inc All Rights Reserved. See our User Agreement, Privacy Policy and Data Use Policy. The material on this site may not be reproduced, distributed, transmitted, cached or otherwise used, except with prior written permission of Futurism. Articles may contain affiliate links which enable us to share in the revenue of any purchases made.
Fonts by Typekit and Monotype.