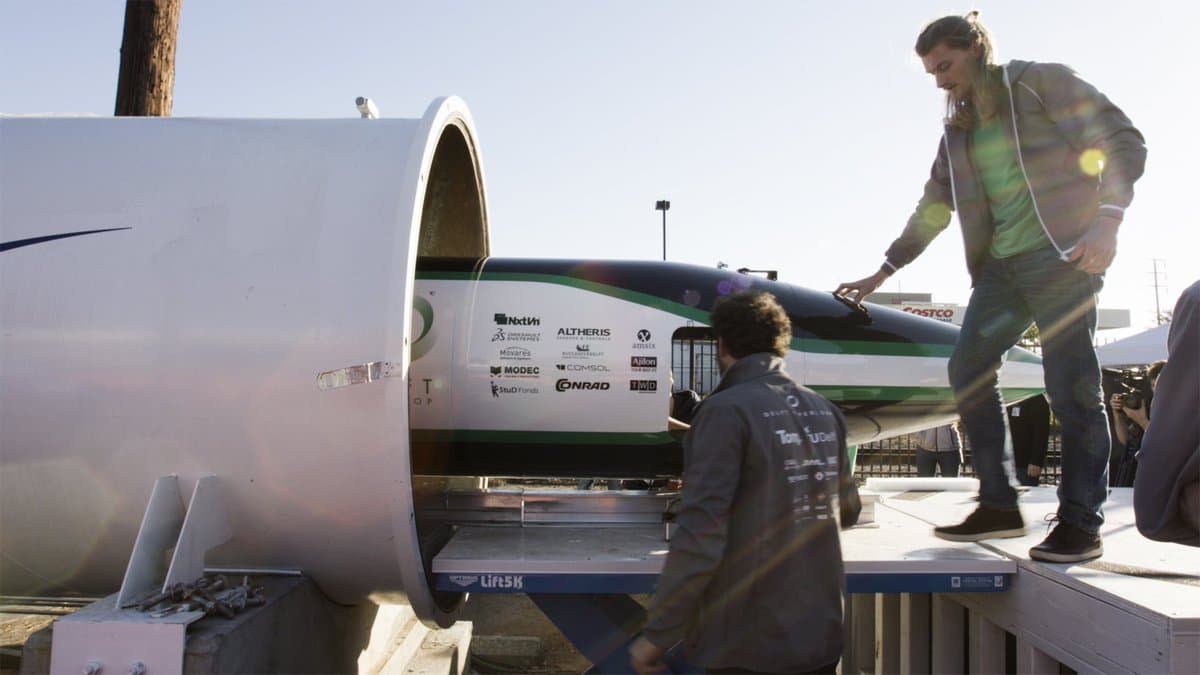 After two successful runs back in January and then in August of this year, SpaceX is gearing up for the third installment of its Hyperloop Pod Competition set on summer 2018. Open to both new and returning student teams, the contest would once again happen at SpaceX's 1.24-km (0.77-mile) long hyperloop test track, built near its headquarters at Hawthorne, California.

As promised at the end of last August's contest, interested students can already submit applications beginning this month. Just like the two previous contests, the third one would focus on a specific aspect.

"The competition will focus on a single criterion — maxi[m]um speed," SpaceX says on its website. CEO and founder Elon Musk said at the previous contest that there's no reason for these pods not to reach speeds of up to 804 to 956 k/h (500 to 600 mph). "Additionally, all Pods must be self-propelled," the site also says, which means the contestant's pods won't be allowed to use SpaceX's pusher vehicle for an initial boost.

SpaceX has decided to continue with this idea-fest, despite Musk opting to build his own version of the hyperloop via his new tunnel-digging venture, the Boring Company. Musk's decision was received by other hyperloop startups, which had their beginnings in SpaceX's competition, with mixed feelings. For the hyperloop to become the future of transporation, however, it needs all the push it can get. So, SpaceX remains open for ideas.

Read This Next
Absent CEO
Tesla Investors Furious at Elon Musk for Vanishing During Crisis to Play With Shiny New Twitter
Stay Away
Tesla Is Having Extreme Trouble Hiring, for Some Reason
Musk Antics
Elon Musk Has a Big Problem on His Hands
Veillance What?
Startup Says Train Powered by "Veillance Flux" Could Travel 620 MPH
Please Elon
Why These Tesla Owners Are Going on a Hunger Strike Against Tesla
More on Advanced Transport
Kapow
Friday on the byte
Self-Driving Car Plowed Into Active Fire Scene, Forcing Firefighters to Smash Its Window
Netflix and Drive
Monday on futurism
Mercedes Claims to Have Achieved Level 3 Automation, Beating Tesla
Battery Trouble
Monday on the byte
Tesla "Spontaneously" Bursts Into Flames While Driving Down Freeway
READ MORE STORIES ABOUT / Advanced Transport
Keep up.
Subscribe to our daily newsletter to keep in touch with the subjects shaping our future.
+Social+Newsletter
TopicsAbout UsContact Us
Copyright ©, Camden Media Inc All Rights Reserved. See our User Agreement, Privacy Policy and Data Use Policy. The material on this site may not be reproduced, distributed, transmitted, cached or otherwise used, except with prior written permission of Futurism. Articles may contain affiliate links which enable us to share in the revenue of any purchases made.
Fonts by Typekit and Monotype.