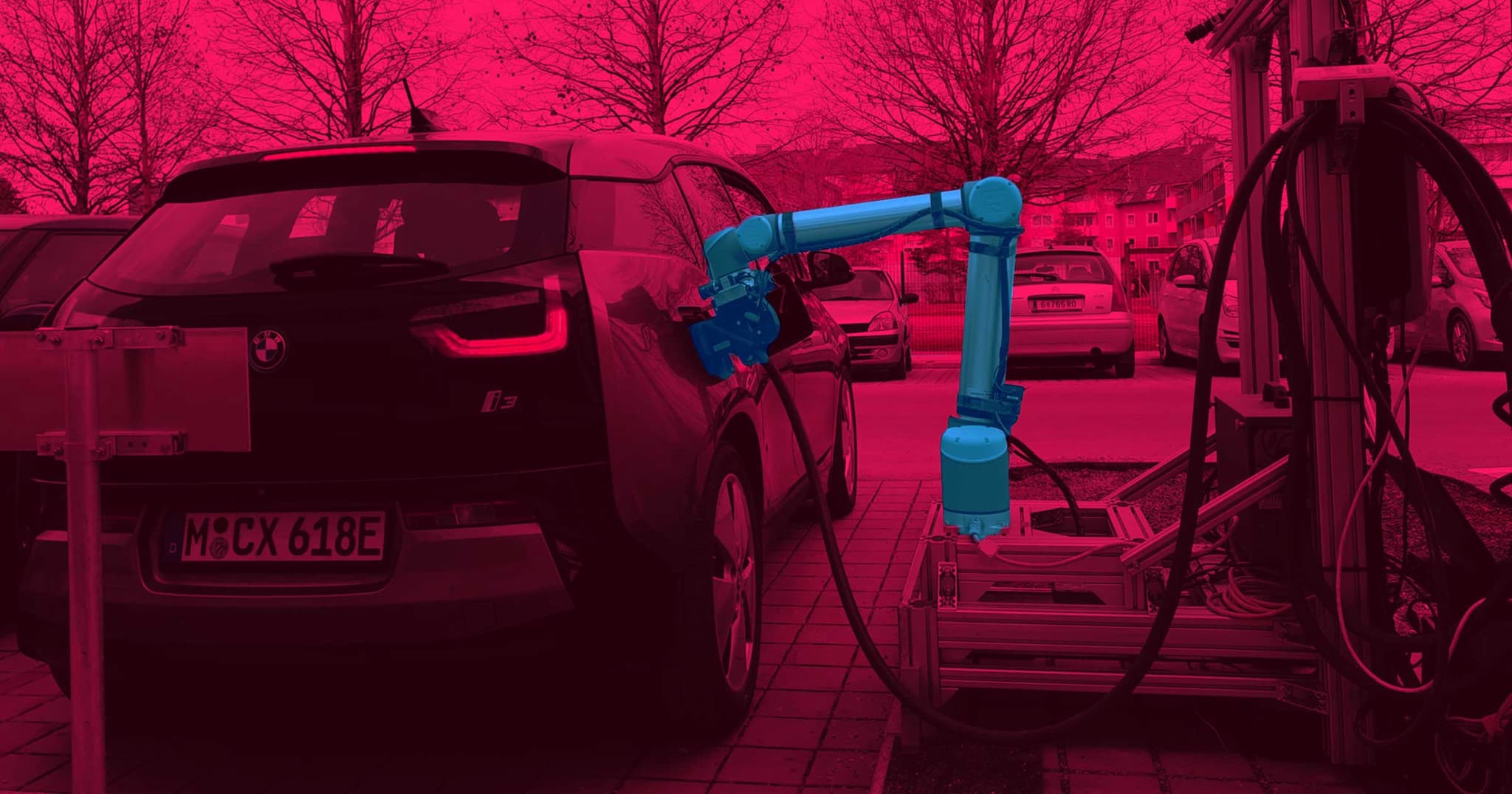 HANDSFREE CHARGING. Electric vehicles (EVs) have a lot going for them. They're better for the environment than their gas-guzzling predecessors; they can save nations billions of dollars in healthcare costs. Some even look pretty cool.

But EVs do come with a downside: charging them. Some vehicles can take up to 12 hours to fully power-up.

Now, researchers from the Graz University of Technology (TU Graz) have created a system that charges much faster. And you don't even have to manually connect it to your vehicle — the system's EV-charging robot handles that process for you.

LET A BOT DO IT. On Monday, the TU Graz researchers shared images and a video of their EV-charging robot via a university news release. The robot uses cameras to detect the charging socket and autonomously connect to it. It works with all standard charging plugs and can even close the charging socket flap when it's finished.

According to the news release, the robot can charge an EV "within a few minutes for longer driving distances," (though no word on whether that would be fully charged from a dead battery or simply enough charge to continue on a journey).

AUTONOMOUS VEHICLES, AUTONOMOUS CHARGING. Of course, doing any of the above wouldn't be all that difficult for a person; we've been charging or pumping gas into our own vehicles for decades now (unless you live in New Jersey, but that's a whole other story).

The real benefit of the TU Graz team's EV-charging robot will come when autonomous vehicles (AVs) are the norm. An electric AV could just drive up and let the bot handle the rest.

While we wait for AVs, though, a number of researchers are looking into other outside-the-box EV-charging concepts, from roads that can charge EVs to wireless charging pads. We don't know yet if any of these technologies will catch on in a big way, of course, but if nothing else, the TU Graz team's approach deserves points for creativity.

READ MORE: Here’s a Real Robot Electric Car Fast-Charging Station Like the One Tesla Has Been Promising for Years [Electrek]

More on EV charging: EV-Charging Roads Have Arrived. Here’s Why We Do (and Don’t) Need Them.

Remember Donald?
Donald Trump Goes on Bizarre Rant Against Electric Cars
Sep 6
Read More
Piercing The Hype
If Graphene Batteries Do Everything Scientists Say, They Could Be a Gamechanger
11. 16. 20
Read More
End of the Road
Volkswagen Will Launch Its Last Gas-Powered Cars in 2026
12. 5. 18
Read More
+Social+Newsletter
TopicsAbout UsContact Us
Copyright ©, Camden Media Inc All Rights Reserved. See our User Agreement, Privacy Policy and Data Use Policy. The material on this site may not be reproduced, distributed, transmitted, cached or otherwise used, except with prior written permission of Futurism. Articles may contain affiliate links which enable us to share in the revenue of any purchases made.
Fonts by Typekit and Monotype.