Autonomous Transport Pods Make For a Sci-Fi Commute in Dubai

And electric transportation cubes are part of Dubai's grand plans. 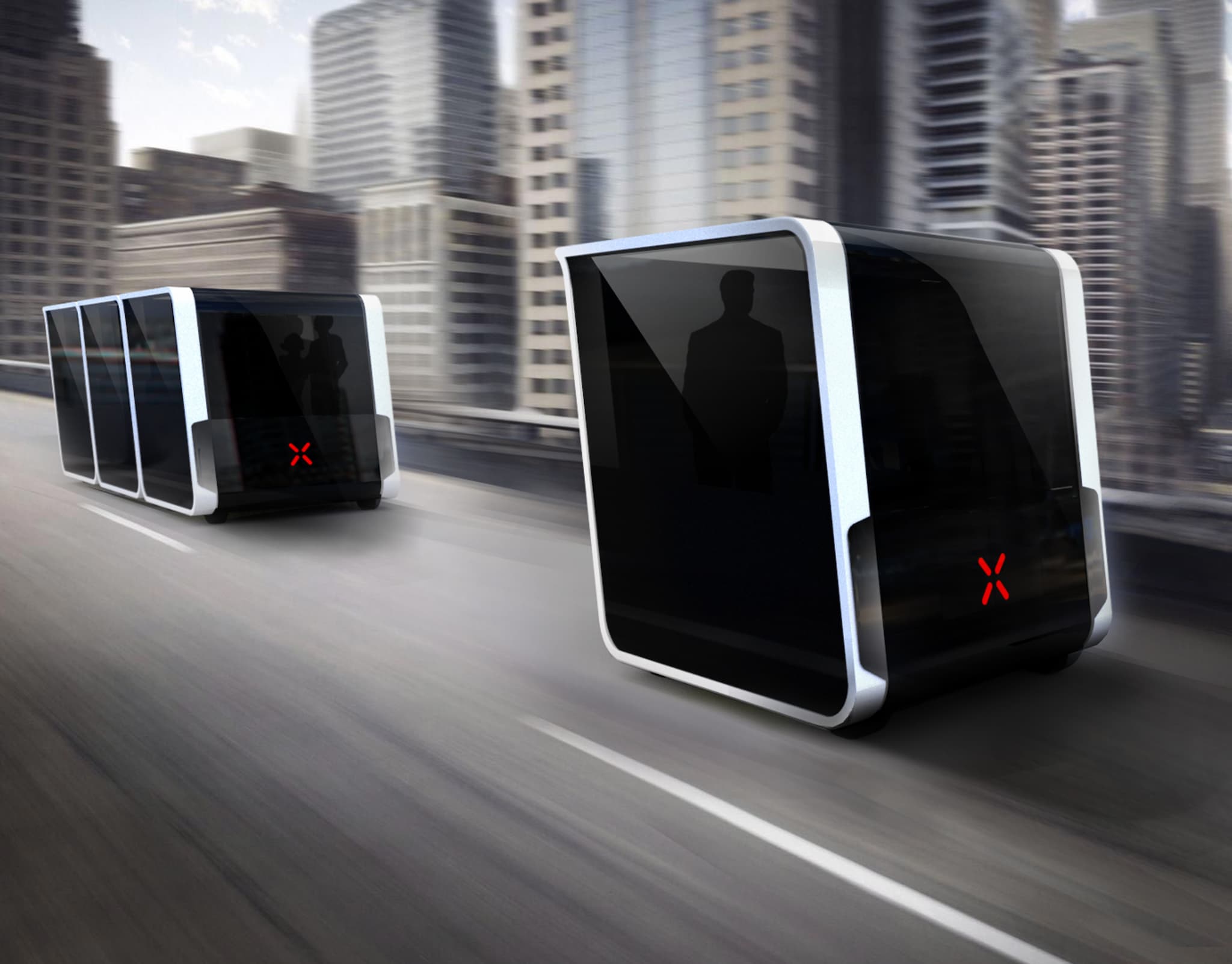 Image by Next Future

Visiting Dubai can seem like stepping into the future. It's home to man-made islands, the world's first 3D printed office, and firefighters with jetpacks. Now the city wants residents to commute in sci-fi style, too – recently, the city unveiled and tested two autonomous transport pods, each designed to ferry up to six people.

At the end of February, Dubai's Roads and Transport Authority (RTA) featured these two pods attached to each other other and running around one of the city's main streets. Built in Italy by the U.S.-based company Next Future Transportation, the cube-shaped autonomous pods run on electricity, with a top speed of 80 k/h (roughly 50 mph).

These pods are part of the city's 2030 Dubai Future Accelerators program, with a goal of making 25 percent of daily transportation fully automated. In order to do this, the RTA will spend $410,000 (1.5 million dirhams) for further research and development of the pods.

“The goal is to develop these two research vehicles,” Khaled al-Awadhi, Automated Collection Systems director at the RTA, told Reuters. “These tests are aimed at developing the performance of these vehicles."

The plan, according to the RTA, will be to initially deploy the pods on pre-programmed routes. Eventually, they would become accessible using a mobile app for home pickups, like a ride-hailing service.

Next Future's autonomous transport pods are just one of the latest transport technologies Dubai has been interested in. City officials have been working on a number of Hyperloop projects, including building a network that connects major cities.

Meanwhile, Dubai's other autonomous transportation efforts include testing a vertical take-off and landing (VTOL) ride-hailing service, as well as a driverless taxi service on land powered by Tesla Model S and X vehicles. Dubai also funded a startup working to perfect a technology that would allow driverless cars to "communicate" with each other, and with smart road infrastructure.

Dubai RTA authorities have not given an exact date as to when Next's autonomous cube pods will hit the roads. For now, officials have said they aim to iron out their plans for the pods by the end of 2018 or by early 2019.

Read This Next
Kiddy League
Tesla Fans Put Child in Path of Moving Tesla on Self-Driving Mode
Self-Delusion
Experts Alarmed by Videos of Tesla Full Self-Driving Totally Screwing Up
Empty Seat
Waymo Ditches Human Safety Drivers in Its Self-Driving Taxis
Shuttle Butt
We Took a Ride on NYC's First Self-Driving Shuttle
Drive This Way
White Paper: These 12 Principles Are Shaping the Future of Autonomous Cars
More on Advanced Transport
No Shortage of Money
Yesterday on the byte
Tesla Short Sellers Are Suddenly Making Money
RoboHell
Yesterday on the byte
Can We Please Stop With These Offensively Stupid "Robotaxis"?
Apple Car News
Wednesday on the byte
Apple Gives Up on Making Its Upcoming Car Fully Autonomous
READ MORE STORIES ABOUT / Advanced Transport
Keep up.
Subscribe to our daily newsletter to keep in touch with the subjects shaping our future.
+Social+Newsletter
TopicsAbout UsContact Us
Copyright ©, Camden Media Inc All Rights Reserved. See our User Agreement, Privacy Policy and Data Use Policy. The material on this site may not be reproduced, distributed, transmitted, cached or otherwise used, except with prior written permission of Futurism. Articles may contain affiliate links which enable us to share in the revenue of any purchases made.
Fonts by Typekit and Monotype.