That's one way to prove a point! 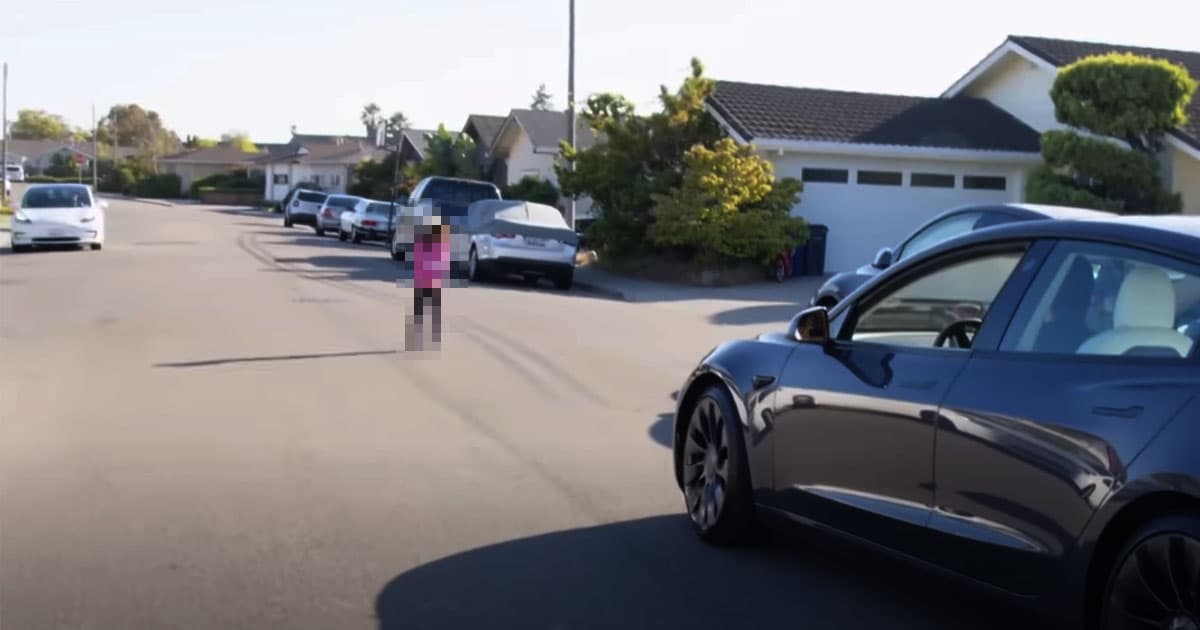 Last week, Tesla fans reacted with outrage when they saw a viral video that purportedly compared the safety features of a Tesla Model Y with that of a Lexus RX SUV. In the video, the Tesla bulldozed through a child-sized mannequin as if it wasn't there.

The Tesla fans took to Twitter to argue that it wasn't a fair representation of the electric car company's safety features, even going as far as to say that somebody should put an "actual child" in front of a Model 3 on Full Self-Driving mode — the company's infamous driving assistance feature — and "step on the accelerator."

And as it turns out, the Tesla owner behind the Twitter account Whole Mars Blog actually chose to place a live child in front of a moving vehicle over the weekend to prove the point, Teslarati reports.

In a series of tests, he and others started with a number of mannequins and directed the child of Tad Park, the CEO of EV investment company Volt Equity, to walk in front of the moving vehicle.

Unsurprisingly, the software did what it is supposed to do and stopped dead in its tracks when it spotted Park's child. As soon as the road was clear again, Park was able to be on his way.

It was a flashy stunt, but failed to address the more substantive critiques of self-driving tech. Seeing a modern vehicle stop for a child in broad daylight and with great visibility isn't exactly groundbreaking — it's almost a given in the year 2022. But such a simple test will never be able to effectively gauge how the car will respond in rare and chaotic edge cases, which are where self-driving accidents and fatalities have mainly showed up.

"Our tests showed that Tesla Full Self-Driving Beta has no problem detecting pedestrians of all ages," Whole Mars Blog told Teslarati. "As long as the driver is paying attention, which the system ensures, there is no risk to pedestrians even in the event that the software fails to detect them."

Whole Mars Blog also pointed out that the original demo video was produced by Dan O’Dowd, the CEO of automated driving system company Green Hills Software, which he said may have ulterior motives to making Teslas look bad.

"This is driver assistance and is not expected to be perfect," Whole Mars Blog told Teslarati. "It sickens me that Dan O’Dowd would push harmful misinformation to benefit himself financially."

Ulterior motive or not, putting actual children in the path of a car to prove a point does seem like a lot, to put it lightly.

In an open letter, The Verge's transportation editor Andrew Hawkins pleaded with the Tesla fans to not "run over a kid to prove a point."