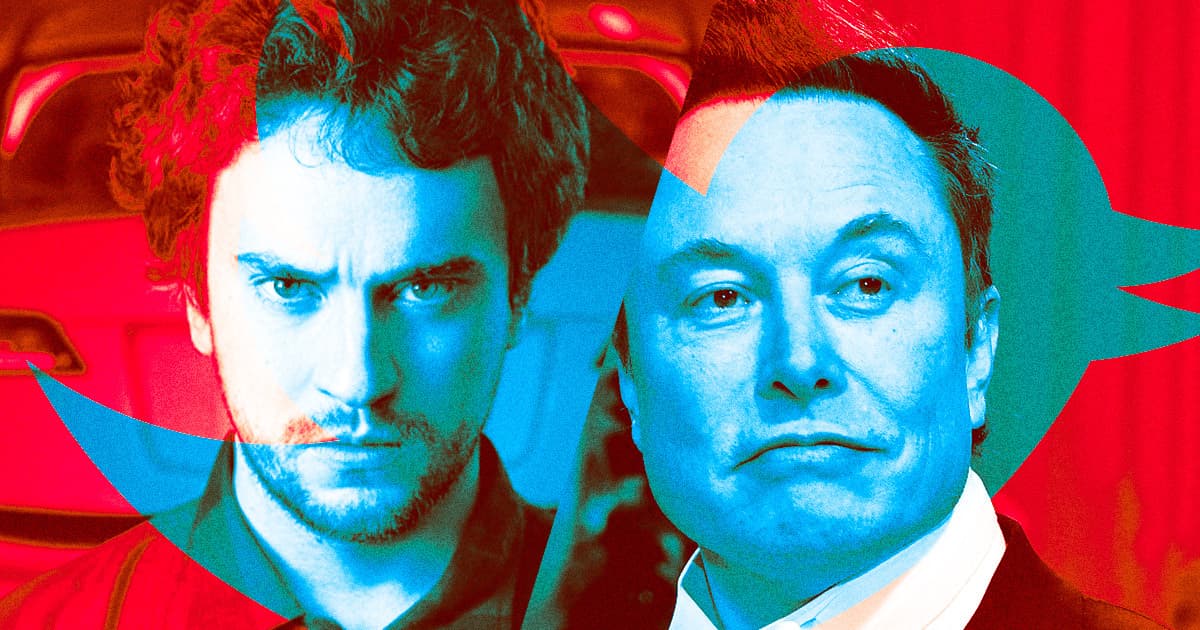 Being an intern isn't generally isn't considered a fun — or even particularly human — role at any company.

But it's hard to imagine a greater entry-level hell than interning at Elon Musk's Twitter, which has somehow spiraled into greater disarray than ever as a result of Musk's cursed "Should I step down as head of Twitter?" poll. Clearly it was finally enough for hacker-turned-entrepreneur-turned-Twitter-intern George Hotz, who had been taking an increasingly combative tone against his employer before eventually quitting last night, long before his internship was due to be over.

"Resigned from Twitter today," he wrote. "Appreciate the opportunity, but didn’t think there was any real impact I could make there."

To be fair, Hotz isn't your average intern, and his role at Twitter was anything but conventional.

Holtz is a well known self-driving car developer, hacker — he was the first person to hack the iPhone — and coder, who currently helms an autonomous vehicle startup called Comma. Musk even asked him to work at Tesla back in 2015, but Hotz turned the Tesla CEO down to do his own thing. (At the time, Hotz told Bloomberg that Musk kept "changing the terms" of their agreement.)

History aside, though, Hotz was inspired by Musk's "hardcore" email to employees, prompting him to offer his reverse-engineering skills to the transitioning platform.

"I'll put my money where my mouth is," Hotz tweeted at Musk back in November. "I'm down for a 12 week internship at Twitter for cost of living in SF."

Hotz has seemingly been on the Twitter team since. But after weeks of layoffs, disastrous and half-baked platform changes, and Musk's ever-growing flirtation with far right conspiracy theories, Hotz's tweets have taken on an increasingly adversarial tone toward his boss, lobbing broadsides at everything from the food situation at Twitter to its development inefficiencies.

His most fiery takes, though, related to Musk's now-reversed decision to ban links to competitors on Twitter.

"Agreed that’s this is an absolutely ridiculous policy," he wrote after Musk suspended Y Combinator cofounder Paul Graham under the policy, which he lampooned as the "fastest speed run of 'free speech' ever."

"My bio link has been a link to my Instagram since I created this Twitter," he added. "Feel free to ban me."

His funniest swipe at Musk, though, was probably when he posted a poll of his own asking whether he should step down as Twitter's intern — though unlike with Musk, a majority of respondents said he should stay.

"Hell no," he wrote, adding that "there's legit no way I'd ever take that job."

More on Musk polls: Elon Musk Seems to Be Trying to Weasel Out of Vote to Resign

Read This Next
I Silence Thee
Leaked Messages Seem to Show Elon Musk Using Twitter to Punish His Enemies
Heating Up
Employees at TikTok Apparently Have a Secret Button That Can Make Anything Go Viral
Enemy Mine
Elon Musk Now Denies That His Family's Emerald Mine Existed, In Spite of Previously Bragging About It
Bot Rush
An Overwhelming Number of Porn Bot Accounts "Drowned Out" Chinese Protest Content on Twitter
This is Exhausting
Elon Musk Seems to Be Trying to Weasel Out of Vote to Resign
More on Future Society
Bird Crap
Yesterday on the byte
It Looks Like Elon Musk Is Actually Building a Twitter Payment Platform
Balloon News
Friday on futurism
China Says "Spy Balloon" Soaring Over America Is Completely Innocent
Down in Flames
Wednesday on the byte
Elon Musk Apparently Thinks Twitter Is a "Flaming Dumpster Rolling Down the Street"
READ MORE STORIES ABOUT / Future Society
Keep up.
Subscribe to our daily newsletter to keep in touch with the subjects shaping our future.
+Social+Newsletter
TopicsAbout UsContact Us
Copyright ©, Camden Media Inc All Rights Reserved. See our User Agreement, Privacy Policy and Data Use Policy. The material on this site may not be reproduced, distributed, transmitted, cached or otherwise used, except with prior written permission of Futurism. Articles may contain affiliate links which enable us to share in the revenue of any purchases made.
Fonts by Typekit and Monotype.