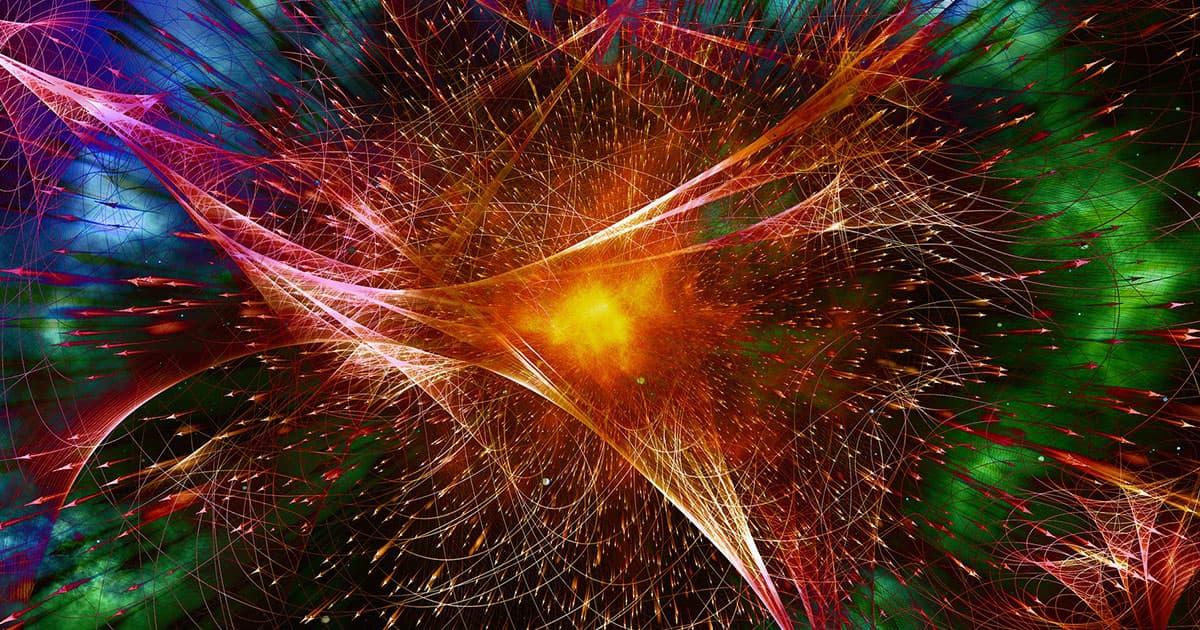 "Entanglement is one of the most remarkable quantum technologies, but it is famously fragile."

"Entanglement is one of the most remarkable quantum technologies, but it is famously fragile."

A team of physicists just managed to entangle a record-breaking 15 trillion atoms.

The unusual feat is a first for quantum science, Live Science reports, especially because the scientists decided to heat it up into a chaotic, energized soup. With this mass entanglement in hand, the Barcelona Institute of Science and Technology scientists hope to improve technologies ranging from brain imaging to the hunt for dark matter.

When particles are entangled, perturbations to one will equally impact the others even when they're separated. Typically, entanglement occurs at extremely low temperatures to prevent particles from colliding. But when the researchers heated a vial of rubidium gas, all 15 trillion atoms entangled with each other in a rapidly-resetting, chaotic chain reaction, according to research published last month in Nature Communications.

"Entanglement is one of the most remarkable quantum technologies, but it is famously fragile," lead researcher Jia Kong told Live Science. "Most entanglement-related quantum technology has to be applied in a low-temperature environment, such as a cold atomic system. This limits the application of entanglement states. [Whether or not] entanglement can survive in a hot and messy environment is an interesting question."

The new technique is too imprecise to use in quantum computers, Live Science reports, but it could help develop extremely-sensitive magnetic sensors for doctors and astrophysicists.

"We hope that this kind of giant entangled state will lead to better sensor performance in applications ranging from brain imaging, to self-driving cars, to searches for dark matter," Barcelona physicist Morgan Mitchell said in a press release.