"Our results uncover the unparalleled power of artificial neural networks." 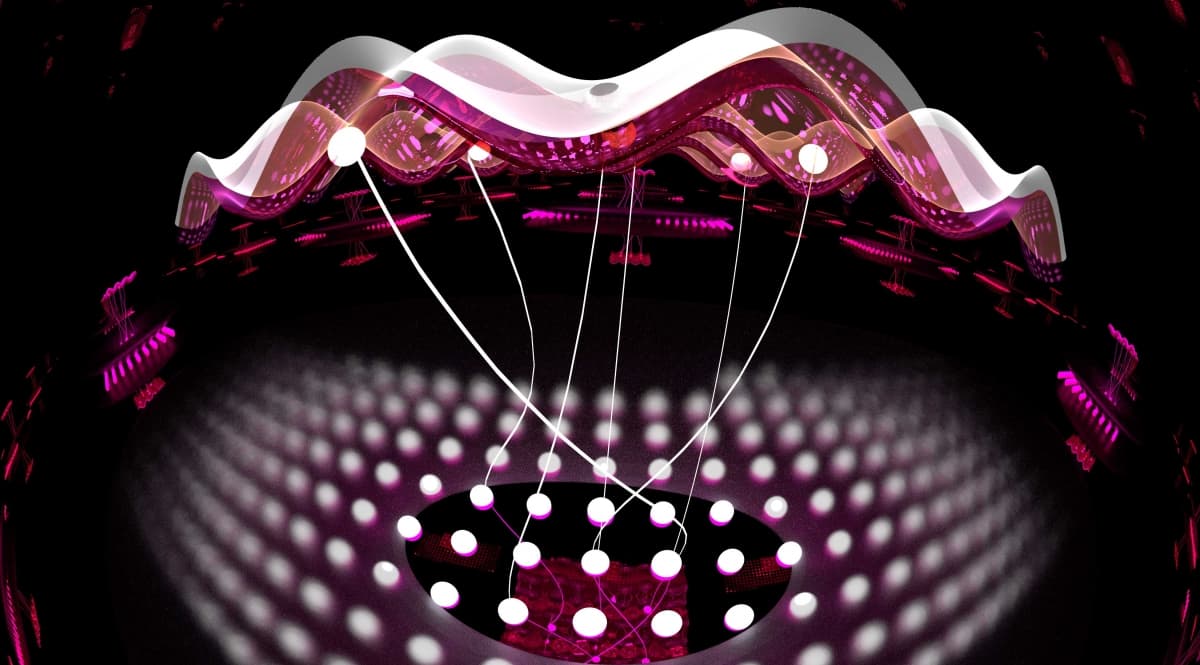 Quantum entanglement, which Einstein referred to as "a spooky action at a distance," is one of the many possible quantum systems that physicists have been exploring for potential applications in a wide range of fields. These are at the heart of quantum computing technologies, for example, and the underlying principle behind quantum teleportation and quantum cryptography.

Researchers have yet to explore these quantum systems fully. Realizing the need for better tools to do so, physicists from the Joint Quantum Institute (JQI) and the University of Maryland's Condensed Matter Theory Center (CMTC) have turned to artificial neural networks, which are constructed to function and pass information like neurons in the brain.

“If we want to numerically tackle some quantum problem, we first need to find an efficient representation," JQI researcher Dongling Deng said in a press release. He got the idea after hearing about DeepMind's Go-playing artificial intelligence (AI) AlphaGo famously defeated human professional players in 2016. Machine learning, which is behind the achievements of current AI systems, seemed like a plausible tool.

At the same time, a paper proposed the idea of using neural networks to represent quantum states. “We immediately recognized that this should be a very important paper,” Deng said, “so we put all our energy and time into studying the problem more.” They published their study in the journal Physical Review X.

In order to use neural networks to represent quantum systems, Deng and his colleagues studied those that rely on two distinct groups of neurons. One group, called "visible neurons," was used to represent real quantum particles similar to atoms in an optical lattice or ions in a chain. The second group of neurons was used to account for the interactions between particles. These so-called "hidden neurons" linked up with the visible neurons. As long as the number of connections were kept relatively small, the description of the neural network stayed simple.

“This research is unique in that it does not just provide an efficient representation of highly entangled quantum states,” JQI fellow Sankar Das Sarma said in the press release. The models were able to produce compact representations of a number of interesting quantum states, including those with surprising amounts of entanglement. “It is a new way of solving intractable, interacting quantum many-body problems that uses machine learning tools to find exact solutions," Das Sarma added.

Of course, the neural networks had their limits, and they weren't able to do an efficient universal representation, Deng said. Still, the research could significantly improve how we understand quantum entanglement. As the team wrote in their paper: "Our results uncover the unparalleled power of artificial neural networks in representing quantum many-body states regardless of how much entanglement they possess, which paves a novel way to bridge computer-science-based machine-learning techniques to outstanding quantum condensed-matter physics problems."

Read This Next
Tardigrade Silliness
Scientists Claim to Entangle Entire Animal in Quantum State
Beam Me Up Qubit
Researchers Achieve First "Sustained" Long Distance Quantum Teleportation
Quantum Teleportation
Scientists Are Building a Quantum Teleporter Based on Black Holes
All Connected
Scientists Create "Strange Metal" Packed With Entangled Electrons
Quantum Mechanics Killed the Cat
Bizarre New Quantum Research: Reality Itself May Be Subjective
More on Hard Science
Tractor Beam
Thursday on the byte
Scientists Build Working Tractor Beam, Although It's Comically Tiny
Having a Blast
Jan 18 on the byte
New Study Shows Where You Should Hide to Survive a Nuclear Attack
Offworld Amino
Jan 15 on the byte
Scientists Find Building Blocks of Life in Meteor That Smashed Into Family's Driveway
READ MORE STORIES ABOUT / Hard Science
Keep up.
Subscribe to our daily newsletter to keep in touch with the subjects shaping our future.
+Social+Newsletter
TopicsAbout UsContact Us
Copyright ©, Camden Media Inc All Rights Reserved. See our User Agreement, Privacy Policy and Data Use Policy. The material on this site may not be reproduced, distributed, transmitted, cached or otherwise used, except with prior written permission of Futurism. Articles may contain affiliate links which enable us to share in the revenue of any purchases made.
Fonts by Typekit and Monotype.