New Research Could Finally Lead to A Quantum Theory of Gravity

They say the work points to a "deeper understanding of reality." 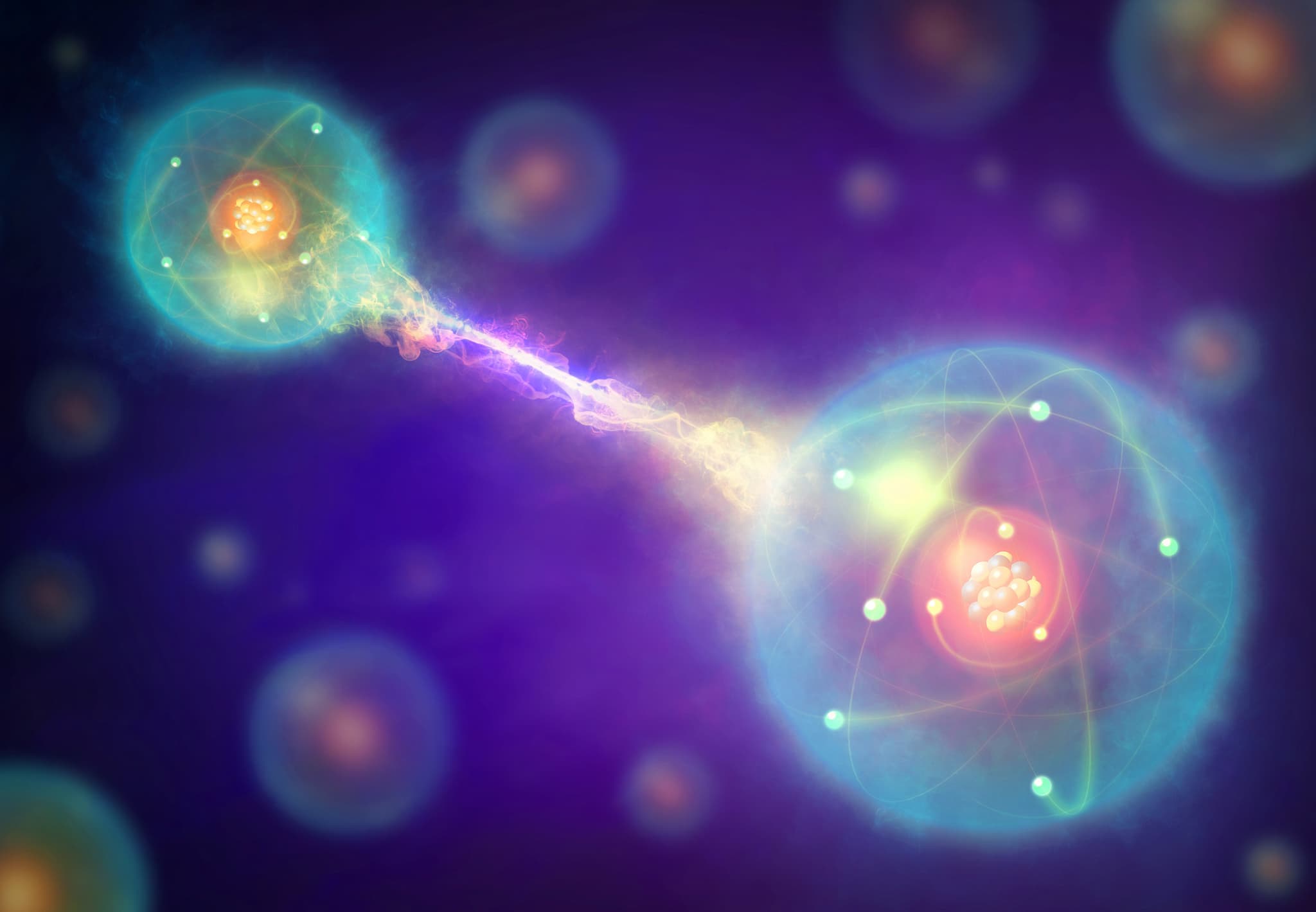 A team of scientists from the University of Vermont and the University of Waterloo in Canada has discovered that black holes and cold helium atoms have something in common: a law that controls their strange behavior. The entanglement area law, observed in black holes since the 1970s, has now been seen in cold helium atoms. This means this mysterious rule of physics, and its implications for quantum computing, can be studied in laboratories.

Adrian Del Maestro, a University of Vermont physicist who co-led the research, explains why it was “weird” to see this law appearing not only on a cosmic scale, but at an atomic level in a lab, saying “it points to a deeper understanding of reality.” Del Maestro and his team believe this revelation may be an advancement toward next-generation, ultra-fast quantum computers fueled by superfluid helium, as well as a new quantum theory of gravity.

In the new study, published in the March 13 edition of Nature Physics, the team describes their precise simulation of the physics of extremely cold helium. First, they transformed helium in its gaseous state into a superfluid. Eventually, helium atoms displayed the dual particle/wave nature described by Max Planck and others. Below about two degrees Kelvin, they were no longer independent of each other, but exhibiting quantum entanglement.

The team studied the ways sixty-four helium atoms interacted in a superfluid using two supercomputers. They found that it was the surface are of the sphere of helium separated from the larger container — rather than its volume — that controlled the amount of entangled quantum information that was shared. In other words, the three-dimensional volume of the space was encoded on its two-dimensional surface — like a holograph or a black hole.

Quantum gravity is an catch-all term for theories that attempt to unify gravity and all other fundamental forces of physics. String theory, Euclidian quantum gravity, loop quantum gravity, and supergravity are all examples of these kinds of theories. As you may have read or learned in the past, the search for a unified theory for all of these forces — one that makes sense, explains everything, and doesn't omit anything — has been going on for a long time, and has yet to be solved.

The findings from the research done at UVM might be a step toward new advances in quantum computing, the elusive unified quantum theory of gravity, and these fundamental problems in physics. Until now, researchers have been unable to successfully bring the study of gravity all the way into the realm of quantum mechanics, but scientists continue to search for connections. Part of the promise of this research lies in its turning of two- and three-dimensional conceptions of shapes on their heads.

“Our classical theory of gravity relies on knowing exactly the shape or geometry of space-time,” Del Maestro says. Because quantum mechanics demands that there be uncertainty about the shape of space-time, this new study's contribution to the idea that we might be able to understand the entire 3-D universe through two-dimensional information. Studying superfluid helium may reveal new ways of comprehending a unified field theory that includes gravity.

Read This Next
Heady Stuff
Experiment Suggests That Consciousness May Be Rooted in Quantum Physics
Big Yikes
Turns Out Schrödinger, the Father of Quantum Physics, Was a Pedophile
Space and Stuff
Scientists Say the Universe Itself May Be "Pixelated"
Multidimensional Cats
This Physicist Believes There Are Countless Parallel Universes
Paradox Lost
Scientists Predict Quantum Jumps, Turning Physics on Its Head
More on Hard Science
Horrible Geese
Dec 4 on futurism
Furious Geese Are Defeating Humans, Scientists Find
Quacks Like a Duck
Dec 1 on futurism
Those Headlines About Scientists Building a Wormhole Are Total Nonsense, People
It From Bit
Nov 22 on the byte
A Scientist Is Crowdfunding an Experiment to Check if We Live in a Simulation
READ MORE STORIES ABOUT / Hard Science
Keep up.
Subscribe to our daily newsletter to keep in touch with the subjects shaping our future.
+Social+Newsletter
TopicsAbout UsContact Us
Copyright ©, Camden Media Inc All Rights Reserved. See our User Agreement, Privacy Policy and Data Use Policy. The material on this site may not be reproduced, distributed, transmitted, cached or otherwise used, except with prior written permission of Futurism. Articles may contain affiliate links which enable us to share in the revenue of any purchases made.
Fonts by Typekit and Monotype.