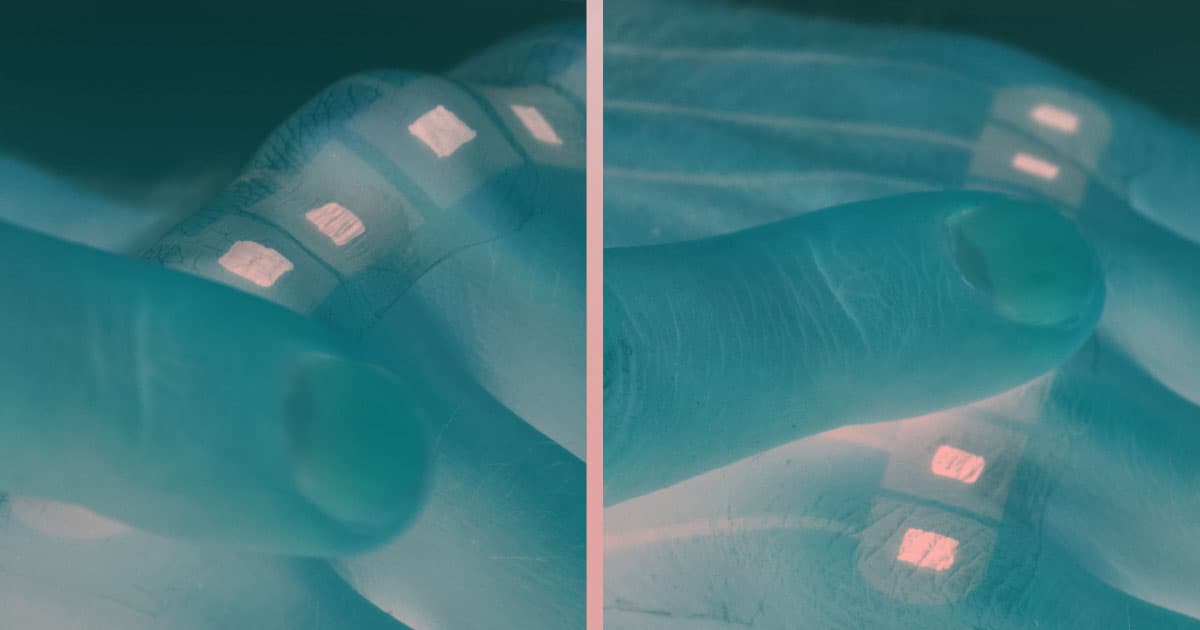 Recent projects, according to CNET, include new mixed reality glasses, virtual reality controllers that let you feel the weight of virtual objects, and new smartwatches. But perhaps the most unusual is a high-tech temporary tattoo that basically turns your flesh into a giant touchpad.

CNET reports that the idea behind the tattoo project, dubbed SkinMarks, is to make interacting with technology feel more natural. The SkinMarks can be applied to fingers or parts of the hand that we control with instinctive fine motor skills, so using the sensors through a bend of the finger or a squeeze of the fist could become like second nature.

"Through a vastly reduced tattoo thickness and increased stretchability, a SkinMark is sufficiently thin and flexible to conform to irregular geometry, like flexure lines and protruding bones," The Saarland University researchers who were funded by Google to develop the tech wrote in a white paper about the project.

Aside from the market value of beating other tech giants like Facebook or Apple at the wearable game, CNET reports that Google is particularly incentivized to get more people to use wearable devices — or literally imprint them on their skin — in order to collect even more of that sweet, sweet user data.

Targeted advertising brings Google over $160 billion every year. And the brand new categories of data that devices like these tattoos would generate stands to be even more valuable

Back Again
Google's Revived Robotics Department Prioritizes Powerful AI
3. 27. 19
Read More
Main Screen Turn On
FCC Clears Google To Pursue "Minority Report"-Like Gesture System
1. 2. 19
Read More
Scrap Metal
Alphabet Cancels Walking Robot Project After Internal Turmoil
11. 14. 18
Read More
+Social+Newsletter
TopicsAbout UsContact Us
Copyright ©, Camden Media Inc All Rights Reserved. See our User Agreement, Privacy Policy and Data Use Policy. The material on this site may not be reproduced, distributed, transmitted, cached or otherwise used, except with prior written permission of Futurism. Articles may contain affiliate links which enable us to share in the revenue of any purchases made.
Fonts by Typekit and Monotype.