Tougher quality standards may force recyclers to turn to robots. 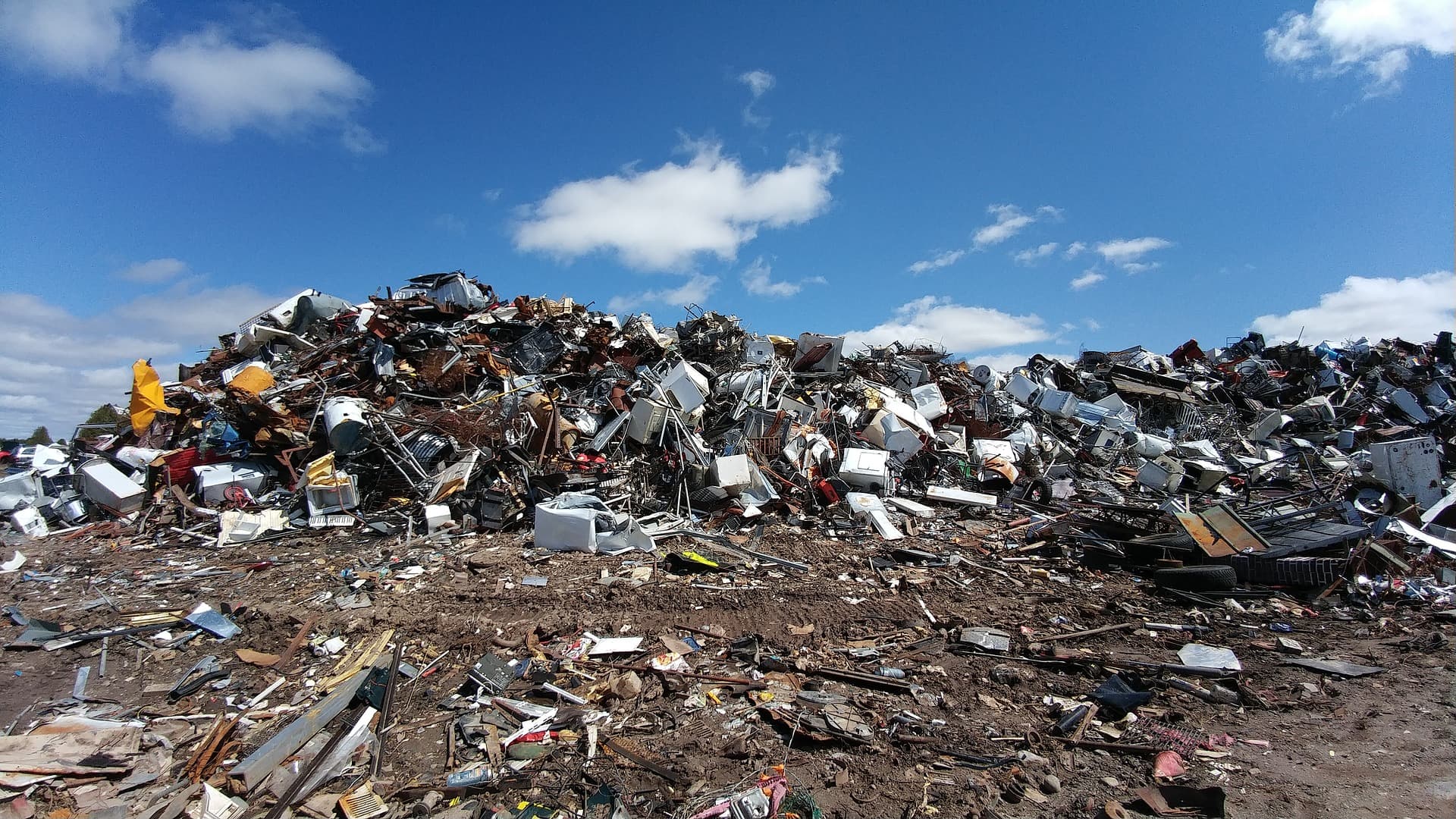 Before getting a second life, metals, plastics, cardboard, and other solid recyclable materials often embark on a long journey that touches two continents.

Every day, about 1,500 shipping containers of recycled materials are loaded onto cargo ships in the U.S. and dispatched to China. In fact, since 2007, recyclable waste has been one of the U.S.' main exports to China, a partnership that fueled the Asian nation's manufacturing boom.

But things are changing. As China's economy increasingly shifts to services, reducing its dependence on the polluting manufacturing industry, its government is getting more serious about environmental protection.

While recycling is obviously beneficial for the environment, practically nobody is perfect at it. Food leftovers, knitted sweaters, and gas cans are only some of the items that recycling workers have to remove from the pile every day across the U.S. Still, many of these "dirty" wastes slip through the cracks and make their way oversees.

To crack down on this issue, China registered a filing with the World Trade Organization (WTO) back in July listing 24 materials it planned to forbid from import.

Plastic from living sources, such as starch and sugar, unsorted waste paper, and waste textile materials all feature on the blacklist. The ban on these materials now considered a hazard to China's local environment and people goes into effect in January 2018.

Adina Adler, a senior director with the Institute of Scrap Recycling Industries (ISRI), told NPR that China's ban will likely lead to a "new era of recycling," and while the nation's anti-foreign waste measures may ultimately improve conditions in China, they are currently plunging the U.S. recycling sector into chaos.

Big recycling cities, such as San Francisco, Los Angeles, and San Jose, will have to rethink their entire waste management chain to ensure they can meet the higher quality standards now demanded by their major partner.

Unfortunately, human workers can only sort recycling so quickly, and they can't always keep up with the mountains of "recyclable" goods that reach U.S. recycling centers. If a center get too backed up, it may have no other option than to send the refuse on to the landfill.

To prevent this and ensure that truly recyclable goods don't go to waste, some firms are turning to recycling robots to help streamline the sorting process.

As Steve Miller, CEO of the firm Bulk Handling Systems, told NPR, a human worker can pick about 30 pieces of recyclable materials per minute from amongst the waste that passes them by on a conveyor belt. A new generation of recycling robots equipped with spider-like arms and controlled by cameras and artificial intelligence (AI) can up this number to 80 picks, according to Miller.

Though the process is easy for humans, even tedious, creating a recycling robot that can not only do it, but do it faster than a human, has been no easy task thanks to subtle differences that can render a material unsuitable for recycling. For example, a plastic water bottle and a salad container may be made of the same material, but the latter may be contaminated by food and therefore unsuitable for recycling.

Neural networks can help the robot make such a distinction, allowing it to learn how to precisely sort any type of confusing waste.

Unfortunately, while many industrial recyclers in the U.S. agree that AI-powered recycling robots are the future of the industry, they are still too expensive for most firms. Given the problems China's ban on poor quality waste is already causing, however, the transition may need to happen faster than planned.

Read This Next
Bot Wreck
Red Ventures Knew Its AI Lied and Plagiarized, Deployed It at CNET Anyway
Pleading the Fifth
Extremely Embarrassing Evidence Emerges Against CEO of “Robot Lawyer” Startup
Chinese Chatbots
Chinese Company Gearing Up to Release Powerful ChatGPT Competitor
Faking Face
Twitter Is "Verifying" Accounts With AI-Generated Faces
Zombie Stage
CNET Sister Site Restarts AI Articles, Immediately Publishes Idiotic Error
More on Artificial Intelligence
Prep On
2:21 PM on the byte
OpenAI's CEO Once Bragged About His Hoard of Guns and Gas Masks
All Your Anime Ar...
Yesterday on the byte
Netflix Brags That It Used AI to Replace Human Animators In New Anime
AI After All
Yesterday on futurism
This Entire Sci-Fi Magazine Generated With AI Is Blowing Our Puny Human Minds
READ MORE STORIES ABOUT / Artificial Intelligence
Keep up.
Subscribe to our daily newsletter to keep in touch with the subjects shaping our future.
+Social+Newsletter
TopicsAbout UsContact Us
Copyright ©, Camden Media Inc All Rights Reserved. See our User Agreement, Privacy Policy and Data Use Policy. The material on this site may not be reproduced, distributed, transmitted, cached or otherwise used, except with prior written permission of Futurism. Articles may contain affiliate links which enable us to share in the revenue of any purchases made.
Fonts by Typekit and Monotype.