We'll need to find somewhere else to recycle our plastic. 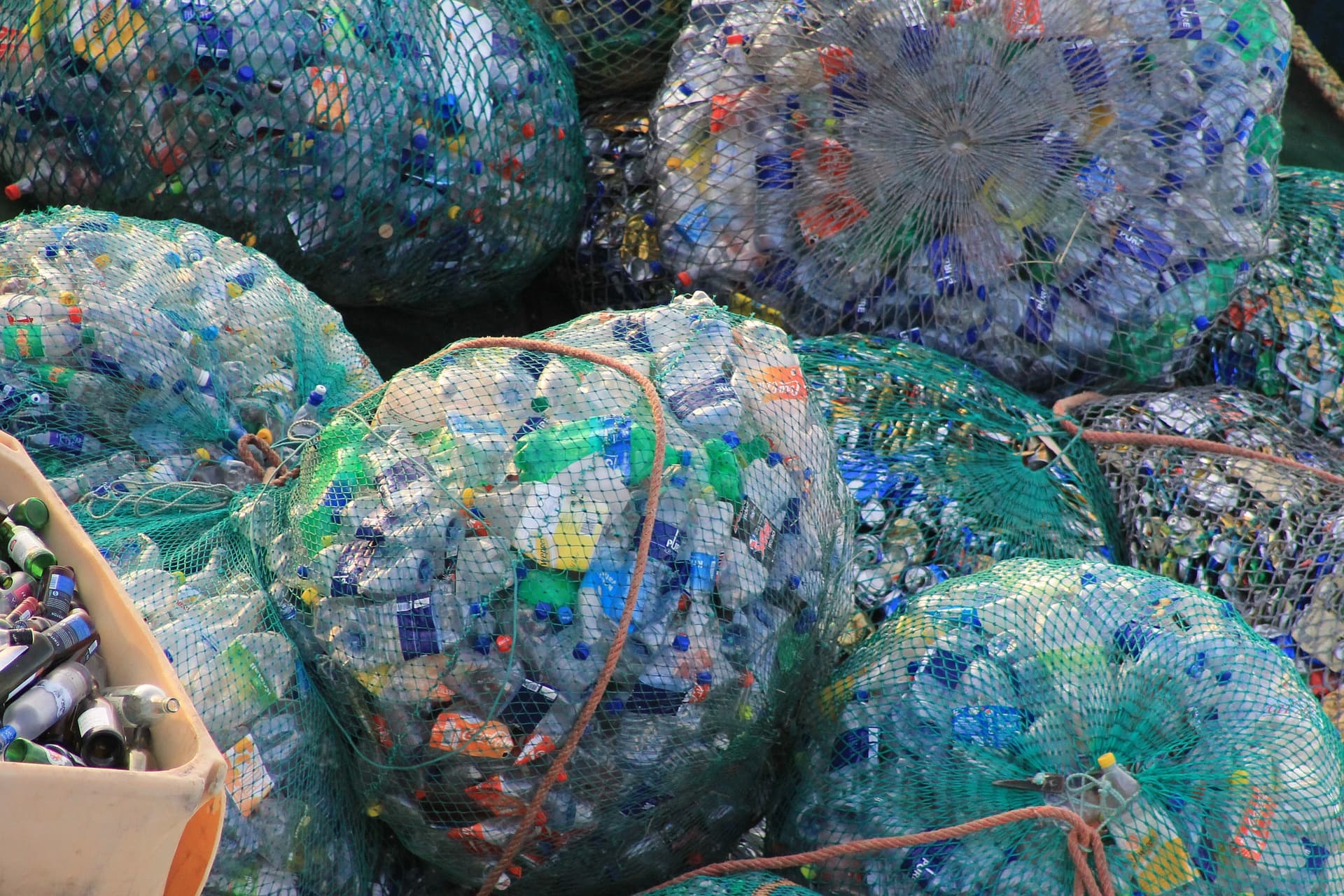 Starting in January, China's government is enacting a plastic waste import ban, in an attempt to cut down on millions of tons of plastic and other recyclables they receive every year. This change may drastically affect how the world recycles and disposes of waste.

The Guardian reports that, according to an analysis of customs data by Greenpeace, British companies alone have imported over 2.7 million tons of plastic waste to China and Hong Kong since 2012. According to IndustryWeek, China accepted 51 percent of global plastic scrap imports in 2016. The biggest chunk of that trash came from the US, where the majority of "recycled" plastics are actually shipped abroad to then be recycled; as such, trash has actually become one of the US's biggest exports. Europe, Hong Kong, Japan and Southeast Asia ship their recyclables to China as well. All of this trash has historically been used to fuel China's manufacturing industry.

China's plastic waste import ban could lead to certain types of plastic no longer being collected, and it has the potential to increase environmental pollution. Quartz reports that this is already happening elsewhere: due to a Chinese ban on certain plastics enacted in 2013, Oregon recycling centers have stopped accepted the plastic "clamshells" that hold berries, as well as hospital gowns and plastic bags; in Olympia, Washington, plastic bags are no longer accepted; and central California built a new recycling center simply to keep up with agricultural plastics that had nowhere else to go.

Despite the coming change, The Guardian reports that Michael Gove, the UK environment secretary, recently said on the matter: “I don’t know what impact it will have. It is ... something to which – I will be completely honest – I have not given it sufficient thought.”

So, where will our waste go when China stops importing it? Action will need to come soon: in Hong Kong, mountains of paper waste that would normally go to China have been piling up since a July ban on 24 types of "foreign garbage." That ban is already driving up the prices of paper products. A paper mill manager in southern China told Reuters in September that the price of finished paper had doubled as a result, from 3,000 yuan (US $453) per ton to 6,000 yuan ($906) per ton.

Stuart Foster from Recoup, the UK's national charity for developing plastics recycling, told The Guardian that there were inklings of possible import restrictions years ago. However, there was no action taken in the UK. This is despite the fact that, Foster says, that this could be an opportunity for the UK to create their own plastics infrastructure, which could add to the economy.

But while government officials worldwide consider how to move forward after China's plastic waste import ban, the main focus has to be on the environment. This ban may undo the decades-long effort to build a plastics recycling industry, and lead to even more plastics being produced; IndustryWeek reports that China has already begun investing in brand new plastic to replace what they're no longer recycling, to the delight of US chemical companies.

That's especially bad news as plastic waste continues to harm the environment, particularly marine animals. The U.N. has called our plastics problem a "planetary crisis," and action needs to be taken soon. Unless another country steps in to fill the recycling gap China has created, this issue will only get worse.

As Foster told The Guardian, “Whatever happens we need to maintain control of the material because the bigger worry is about leakage of plastic into the environment.”

Read This Next
Reduce, Reuse, Landfill
A Shocking Amount of US "Recycling" Goes Straight to the Landfill
Fusion Force
China Announces Plan for Hybrid Fission-Fusion Power Facility
Remember Donald?
Donald Trump Goes on Bizarre Rant Against Electric Cars
Dry Dock
The Top 13 Wildest Objects That Terrible Droughts Have Revealed
Harambe 2.0
Freya the Boat-Climbing Walrus Euthanized Because of Stupid Humans
More on Earth & Energy
Stem Ware
Friday on the byte
Scientists Discover World's Oldest Preserved Vertebrate Brain
From Bad to Worse
Thursday on the byte
Global Warming Is Worse Than We Thought, AI Tells Scientists
RIP Fred
Thursday on the byte
Instead of Predicting Length of Winter, Groundhog Simply Dies
READ MORE STORIES ABOUT / Earth & Energy
Keep up.
Subscribe to our daily newsletter to keep in touch with the subjects shaping our future.
+Social+Newsletter
TopicsAbout UsContact Us
Copyright ©, Camden Media Inc All Rights Reserved. See our User Agreement, Privacy Policy and Data Use Policy. The material on this site may not be reproduced, distributed, transmitted, cached or otherwise used, except with prior written permission of Futurism. Articles may contain affiliate links which enable us to share in the revenue of any purchases made.
Fonts by Typekit and Monotype.