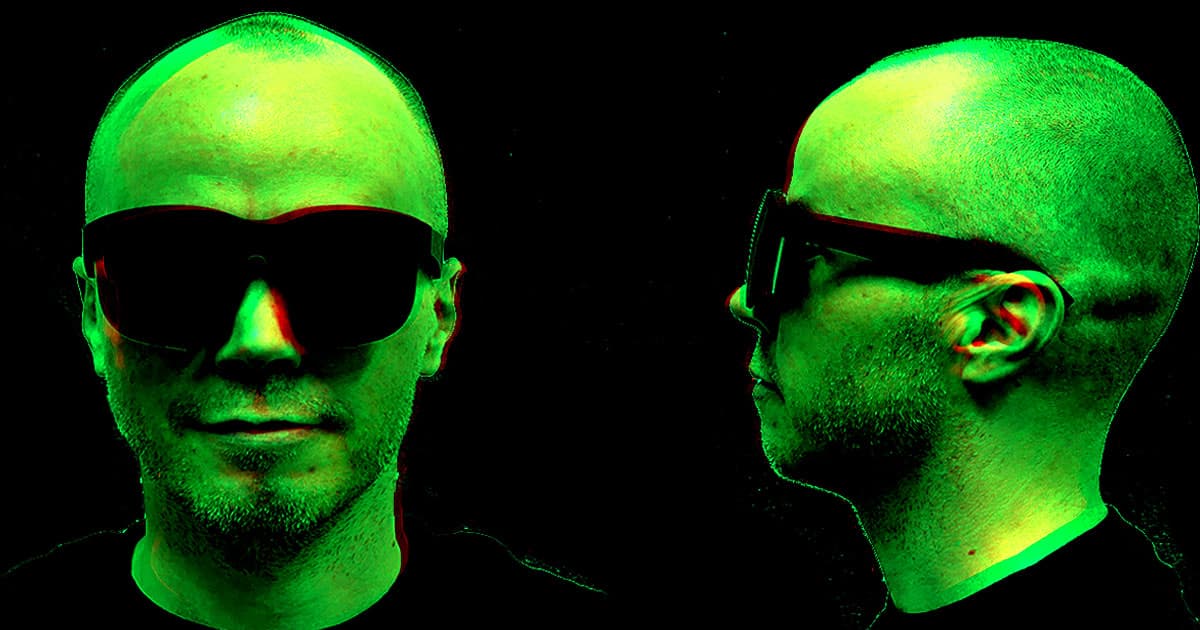 The green-and-black display is extremely cyberpunk.

The green-and-black display is extremely cyberpunk.

A team researchers at Facebook have created a virtual reality headset that's not much larger than a chunky pair of sunglasses, Ars Technica reports.

The futuristic shades use a specially designed holographic film to miniaturize the lens. Conventional VR displays tend to be bulky, as the refractive lenses inside of them need a couple inches to focus the display for its wearer's eyes.

The result is a pair of glasses that are at most only nine millimeters thick, according to the researchers, and weigh only 17.8 grams. Images from the glasses' green-and-black display are, frankly, extremely cyberpunk.

The glasses can provide an approximately 90-degree horizontal field of view (human vision is just shy of 180 degrees), according to testing detailed in a new paper published by Facebook Research.

The design also did away with the traditional LCD panels used in conventional VR headsets and uses lasers instead to create an image. That means pixel counting isn't really an option, as Ars points out.

It's still an early prototype with plenty of limitations. Since light rays from the backlight "fan out significantly before they are focused by the holographic beamsplitter surface," large regions of the display "do not contribute to the display’s [field of view]," the researchers write in the paper.

The glasses are also still not capable of producing a full color image and exhibit "ghosting" around the edges of the field of view caused by optical surfaces reflecting light.

The team already has a plan to reduce weight even further. By switching to plastic substrates, the researchers expect to bring total weight to just 6.6 grams, about the weight of a pair of large aviator-style sunglasses.

READ MORE: How holographic tech is shrinking VR displays to the size of sunglasses [Ars Technica]

More on VR: A Tokyo Hospital Is Livestreaming Surgeries in Virtual Reality

Meta Material
Christmas Present VR Headset Sends Boy to the Hospital
1. 2. 22
Read More
From Our Partners
Can't Wait For November 26th? Save On These Pre-Black Friday Doorbusters Deals Now!
11. 21. 21
Read More
From Our Partners
Augmented Reality Eyewear Is The Future, And It Is Not Too Far Off
10. 28. 21
Read More
+Social+Newsletter
TopicsAbout UsContact Us
Copyright ©, Camden Media Inc All Rights Reserved. See our User Agreement, Privacy Policy and Data Use Policy. The material on this site may not be reproduced, distributed, transmitted, cached or otherwise used, except with prior written permission of Futurism. Articles may contain affiliate links which enable us to share in the revenue of any purchases made.
Fonts by Typekit and Monotype.