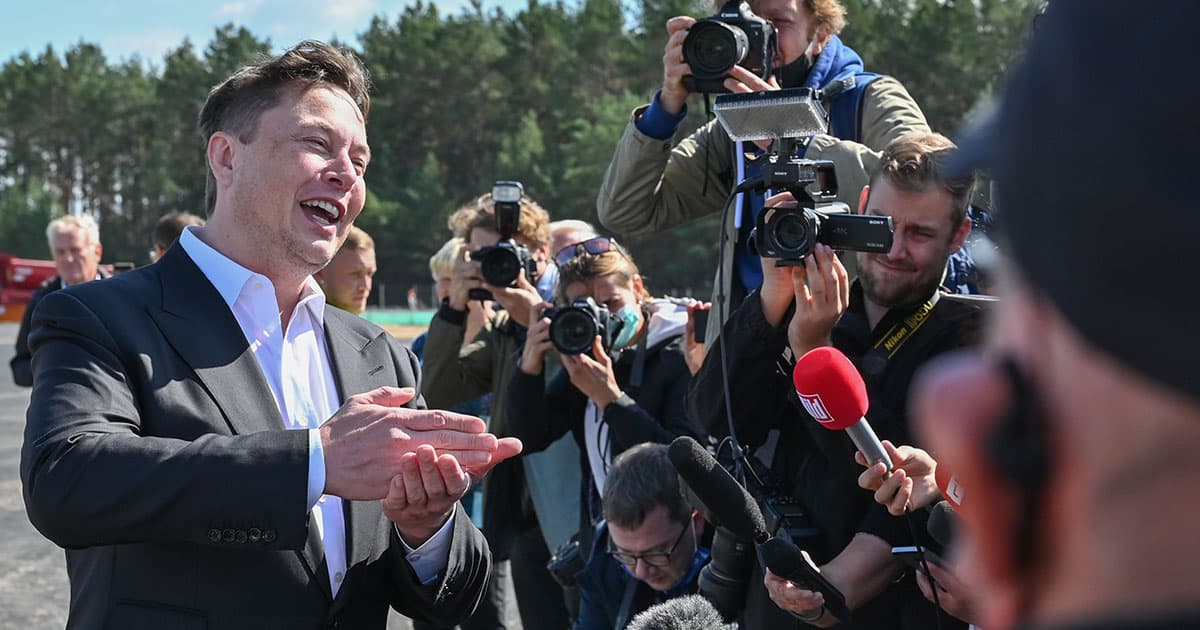 Or at least that’s what he claimed in a likely-facetious-but-maybe-also-slightly-self-aware tweet that had more than a few people wondering if he was being serious.

"Thinking of quitting my jobs and becoming an influencer full-time [what do you think]," the world’s wealthiest man tweeted to his audience of 65 million.

The prolific meme stealer has been known to use Twitter as a sounding board for some of his more audacious ideas. So we wouldn’t put it past us if Elon was thinking about becoming a full-time influencer.

Plus if you consider the fact that he recently crowdsourced his decision to sell a big chunk of his Tesla stock, is staring down the barrel of bankruptcy with one of his biggest companies, and is being sued for $160 million by one of the world’s largest banks, it might start to make sense that he'd wants out.

There's also the intriguing possibility that the tweet represented a flash of self-awareness. After all, Musk is already a massive influencer in his own right, who can literally change market conditions with just a tweet. He arguably memed both the private spaceflight and electric vehicle industries into existence. Sure, he's not exactly a Kardashian, but it's hard to argue that he isn't already one of the world's most visible influencers.

Besides, maybe he really does want to get big doing TikTok dances — remember his cringey EDM song? Or maybe he’ll start a thirst trap Instagram page for people who are into questionable haircut decisions? The possibilities for his influencer career are endless!

Of course, this is likely just a big joke from Musk, who enjoys stirring the pot 280 characters at a time. But at the same time, we wouldn't be too surprised if he moved back to LA to join an influencer house.