Elon Musk Got a Strange Haircut and We Gotta Say, "Yikes" 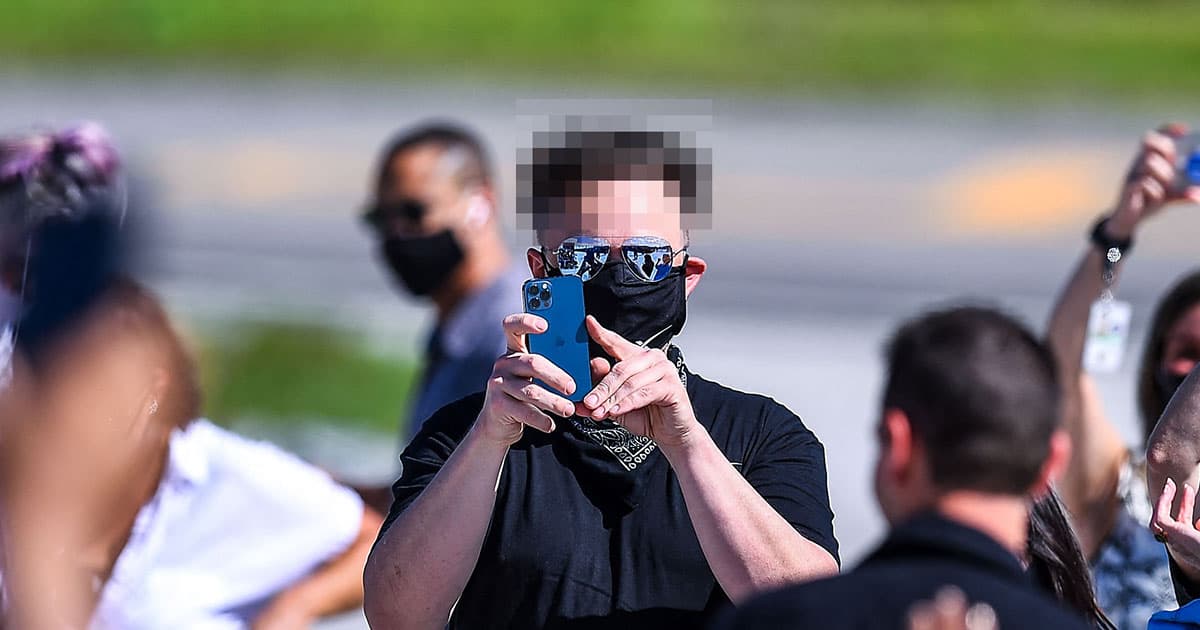 Welp. It looks like SpaceX founder Elon Musk actually went into a barbershop and said, "Give me the Macklemore haircut."

On Thursday, the billionaire was spotted after landing in Miami sporting a hairdo that can only be described as "terminally divorced." Musk was on his way to attend Art Basel Miami, a hoity-toity art fair, with his son in tow, The Daily Mail reports.

This man literally went into a barbershop and said, "Give me the Macklemore haircut" in this day and age twenty twenty one. pic.twitter.com/tkirrwWCju

Social media was quick to jump on the meme fodder, with many instantly roasting the 50-year-old Tesla CEO for getting a haircut that's a bit out of date even for Gen Z TikTok influencers.

I should get some sleep because I want to be up early, but I can't stop laughing at Elon Musk and his haircut. pic.twitter.com/bXZNHtqKz9

Raise taxes on Elon Musk for this haircut pic.twitter.com/pvfPfooAYk

elon musk is the only man who can get a zoomer haircut and somehow look older pic.twitter.com/ztJpyY3Zkh

This tells you everything you need to know about him pic.twitter.com/m90MzBpaan

Hey @elonmusk I saw your new haircut, and I just wanted to say. It reminds of someone from my youth, who wasn't the nicest of guys...#villianvibes pic.twitter.com/3CmsQ4vgmM

As well as iconic movie characters:

And even moments in history:

There is a glitch in the Matrix. This guy looks exactly like Elon Musk, especially with his current haircut. pic.twitter.com/InndwO5qHG

On a post in the subreddit r/Pics, folks piled on the billionaire, with one user quipping that he "looks like every 14 year old I see getting dropped off at the mall."

"He paid good money for those hair implants too," another added, referencing Musk’s past baldness.

Many made more comparisons to a famous Gary Oldman role, with one user saying, "He looks like Zorg from 'The Fifth Element.'"

It’s a bold choice for the richest man in the world. You’d think he’d be able to afford a haircut that’s more, um, flattering. As with all bad haircuts, though, it’ll grow out, Elon. Don’t worry.

Unless, of course, it is just a hairpiece. If that’s the case, he might want to swap it out from something that’s a bit less Big Mid-Life Crisis Energy.

More on Elon: A Day Before the Bankruptcy Leak, Musk Quietly Hinted at Taking SpaceX Public

Read This Next
Abso-Effing-Lutely
Free Speech Absolutist Elon Musk Discovers That Some Speech Is Unacceptable After All
Be Better
Elon Musk Reportedly Slashed the Team That Fights Child Sexual Abuse on Twitter
Head Like A Hole
Elon Musk's Crying About Trent Reznor Shows That He Is a Big, Big Baby
Secrets Secrets
Elon Musk Vigorously Denies That SBF Secretly Owns Part of Twitter
Good Time to Leave
Panicked Elon Musk Reportedly Begging Engineers Not to Leave
More on Future Society
Unorthodox Urinal
Friday on the byte
Scientists Say They've Figured Out the Ideal Urinal for Not Splashing Back
Might See Nonsense
Friday on futurism
MSN Fired Its Human Journalists and Replaced Them With AI That Started Publishing Fake News About Mermaids and Bigfoot
Break Out in Hives
Thursday on futurism
Twitter Competitor Shuts Down App When It Turns Out Hackers Can Read Users' Private Messages
READ MORE STORIES ABOUT / Future Society
Keep up.
Subscribe to our daily newsletter to keep in touch with the subjects shaping our future.
+Social+Newsletter
TopicsAbout UsContact Us
Copyright ©, Camden Media Inc All Rights Reserved. See our User Agreement, Privacy Policy and Data Use Policy. The material on this site may not be reproduced, distributed, transmitted, cached or otherwise used, except with prior written permission of Futurism. Articles may contain affiliate links which enable us to share in the revenue of any purchases made.
Fonts by Typekit and Monotype.