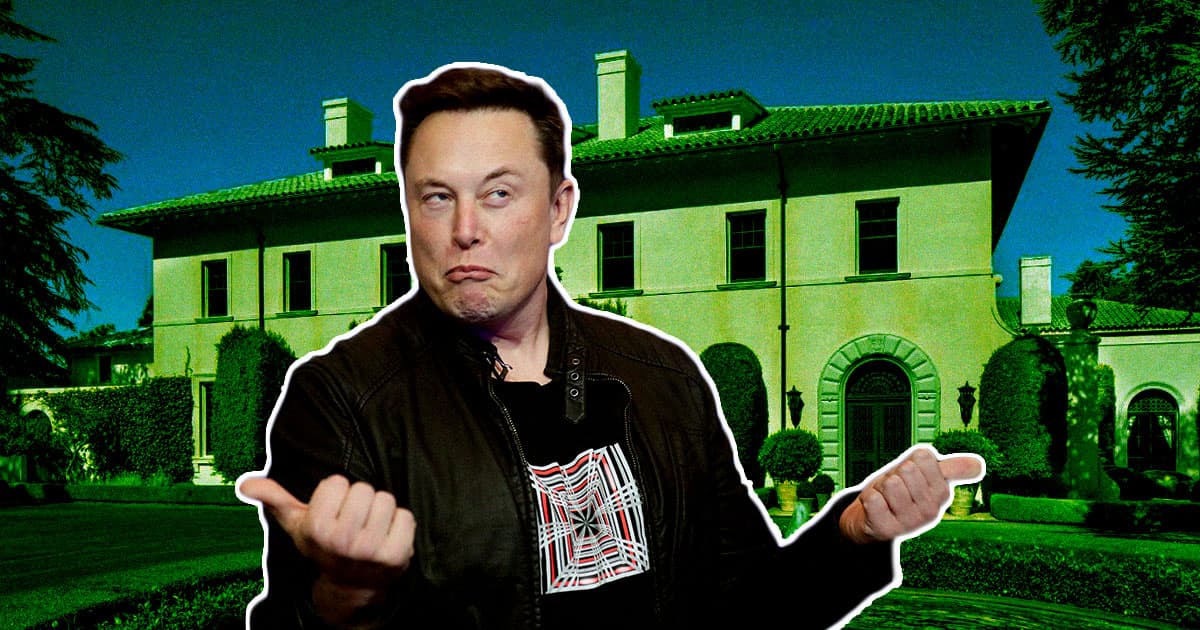 Looks like he's already packing his bags for Mars.

Looks like he's already packing his bags for Mars.

Tesla CEO Elon Musk has officially sold off his last remaining home, for a cool $30 million. That means his only official abode is a small, $50,000 prefab he's renting at his space company's headquarters near Boca Chica, Texas.

Back in June, Musk tweeted that he'd "decided to sell my last remaining house. Just needs to go to a large family who will live there."

Initially, he put the house, a massive California mansion that used to belong to Gene Wilder, on sale for $37.5 million — which turned out a little steep, even for the one percent. He tried again with a different agent in October, Insider reports, where it finally sold.

Musk is, ostensibly, fully committed to building a city on Mars. And that means he needs cash — and lots of it. Earlier this year, Musk said that he was "selling almost all physical possessions," in an effort to devote "myself to Mars and Earth."

His plans couldn't be more ambitious. The concept is for a fleet of 1,000 Starship spacecraft to populate a Martian metropolis with one million people by the year 2050.

Musk is looking to invest heavily in the venture himself. And even if real estate is only a tiny piece of that pie, it's something.

"I want to be able to contribute as much as possible to the city on Mars," he told Mathias Döpfner, the CEO of Axel Springer, last year. "That means just a lot of capital."

More on Elon: Elon Musk Says That Immortality Tech Would Be Very Dangerous