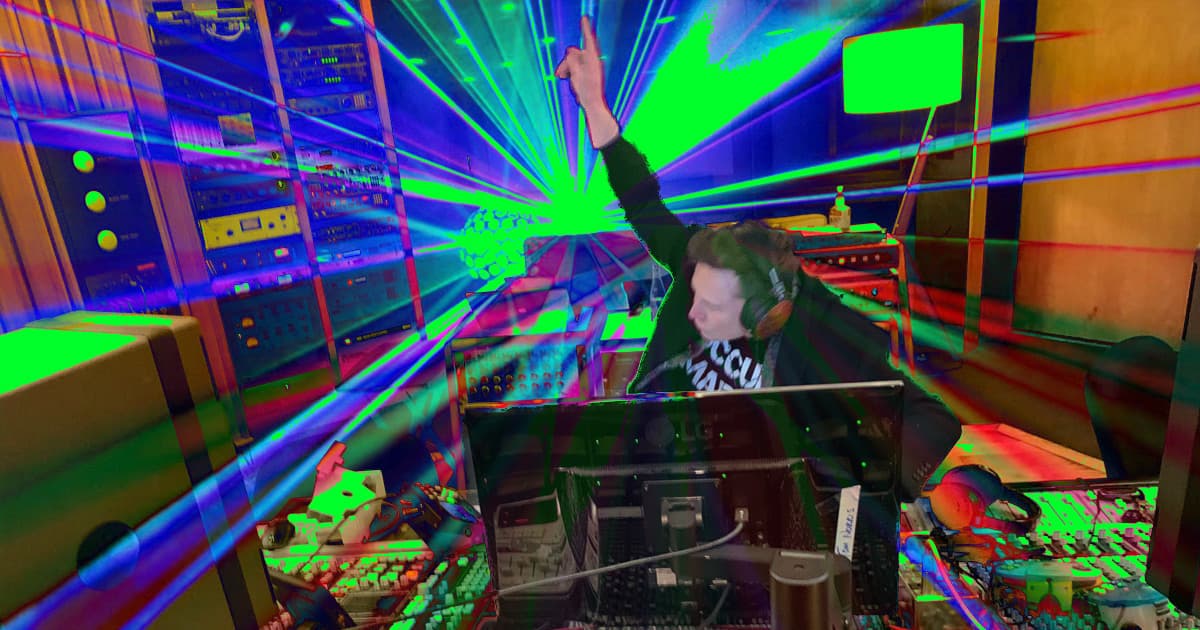 Here's where you can listen to it.

Here's where you can listen to it.

SpaceX and Tesla CEO Elon Musk just dropped a generic-sounding EDM song on SoundCloud. Seriously. No, we're not making this up.

Musk dropped a link to the heavily Auto-Tuned track on his Twitter late last night. The jam, titled "Don't Doubt ur Vibe" was published by "Emo G Records" and sounds, well, like the kind of royalty-free music you'd put over a text-heavy video on Instagram.

"I wrote the lyrics and performed the vocals!!" he boasted in a follow-up tweet. He even changed his Twitter display name to "E 'D' M."

Musk also posted a photo of himself in a recording studio.

It's more proof that with over $30 billion in your pocket, you can do practically whatever you want — review memes with YouTubers, make bad weed jokes, or drive an experimental pickup truck around LA.

Does the music need to measure up to people's expectations? Nope. Does the track actually have to be a bop? Nope.

But it is Elon Musk. So, regardless of merit, everybody's talking about it. Us included.

READ MORE: Elon Musk is apparently making EDM songs now, because what has the tech billionaire not done yet? [Business Insider]

More on Musk: Elon Musk Spotted Joyriding Around California In His Cybertruck