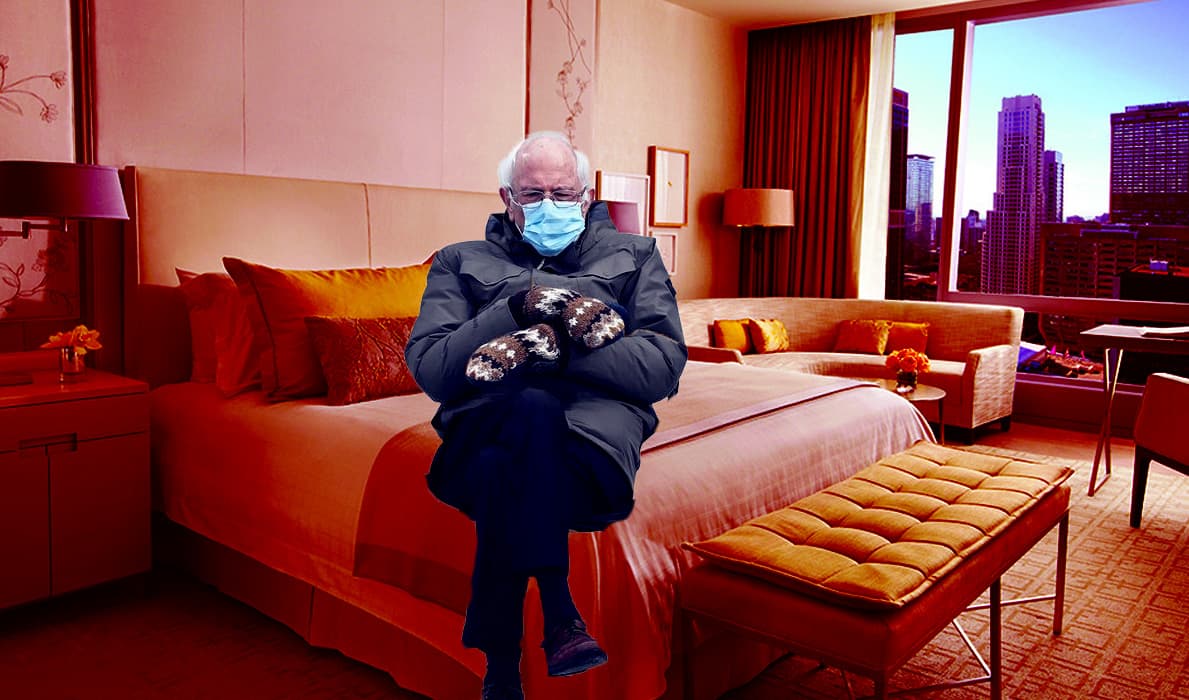 "Charter flights were a revelation to him."

"Charter flights were a revelation to him."

According to excerpts of a new book detailing the 2020 Democratic presidential candidates by The Atlantic staff writer Edward-Isaac Dovere, Sanders preferred ultra-low temperatures of just 60 degrees Fahrenheit — even if that required aides to keep windows open for some time in the middle of winter.

In addition to blasting the air conditioning during warmer weather, according to the book, Sanders also much preferred taking trips on board private jets — a surprising revelation about a Congressman who has consistently called for action on climate change and more recently endorsed the Green New Deal.

"Charter flights were a revelation to him," Dovere wrote in the book, as quoted by Fox News. "He would always be a little embarrassed pulling into the private terminals, but boy, did he get a kick out of not worrying about being late for a flight that couldn’t take off without him."

According to Fox, Sanders used to fly commercially before 2016.

The Senator also preferred air travel that wasn't "too cramped" or "couldn't get too bumpy."

According to a "Senator Comfort Memo," hotel rooms had to be quiet, include a down comforter as well as an additional blanket.

And yes, Sanders didn't want the rooms to be any warmer than 60 Fahrenheit, according to Dovere. "There was no bending the rules: once on a stop in California, annoyed that his aides couldn’t get the temperature below 65, he had them call the woman from the front desk up to change the thermostat while he sat on the bed, watching," the author wrote.

Sanders' office has yet to comment on the claims made in the book to either Fox News or The Hill.

READ MORE: Democratic Socialist Bernie Sanders has a long list of diva demands when it comes to his travel: Book [Fox News]