If you thought space was black, think again. 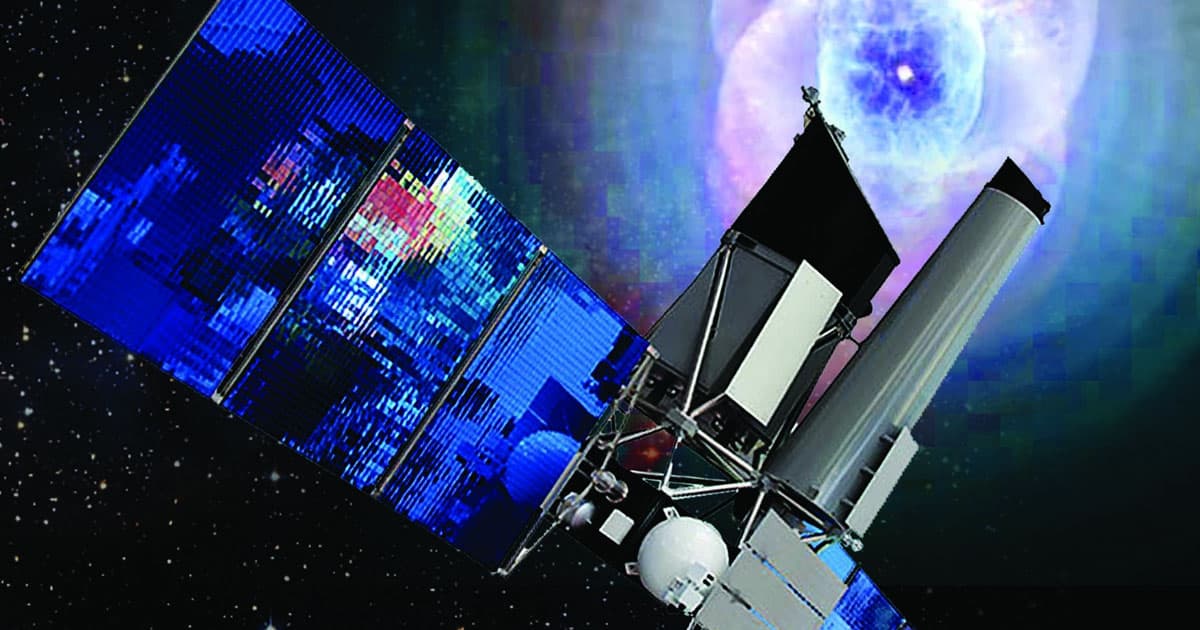 A telescope called eROSITA on board the Spektr-RG space observatory has captured breathtaking X-ray observations of the entire sky, Science Alert reports.

The X-ray instrument was built by the Max Planck Institute for Extraterrestrial Physics in Germany (MPE), and was launched along with the Russian-German space observatory Spektr-RG in July 2019.

The instrument's observations, 165 gigabytes collected over 182 days, have been compiled into a stunning map of the sky that contains more than one million shining X-ray objects.

“This all-sky image completely changes the way we look at the energetic universe," Peter Predehl, the Principal Investigator of eROSITA at MPE, said in a statement. "We see such a wealth of detail — the beauty of the images is really stunning."

Most of the bright X-ray objects, around 77 percent, are active galactic nuclei, or supermassive black holes that are actively absorbing material at the center of galaxies. In between, there are clusters of galaxies that give off shining halos due to trapped gas caused by huge concentrations of dark matter.

"We were all eagerly awaiting the first all-sky map from eROSITA," Mara Salvato, the scientist at MPE who was involved in the research, said in the statement.

"Large sky areas have already been covered at many other wavelengths, and now we have the X-ray data to match," she added. "We need these other surveys to identify the X-ray sources and understand their nature."

The team is already working hard on subsequent maps as well.

"Overall, during the next 3.5 years, we plan to get 7 maps similar to the one seen in this beautiful image," Rashid Sunyaev, lead scientist of the Russian SRG team said in the statement. "Their combined sensitivity will be a factor of 5 better and will be used by astrophysicists and cosmologists for decades."

"With a million sources in just six months, eROSITA has already revolutionized X-ray astronomy, but this is just a taste of what’s to come," Kirpal Nandra, head of the high-energy astrophysics group at MPE, said. "This combination of sky area and depth is transformational."

"Over the next few years, we’ll be able to probe even further, out to where the first giant cosmic structures and supermassive black holes were forming," Nandra added.

READ MORE: This Is What The Entire Sky Looks Like Through X-Ray Eyes [Science Alert]

Read This Next
Dark Matter Mystery
Distant Neutron Stars May Offer Clue About the Truth of Dark Matter
Futurism
The World's Largest and Most Powerful X-Ray Laser Just Went Online
Futurism
Scientists Just Produced A "Molecular Black Hole" Using X-Rays
Futurism
The World's Largest X-Ray Laser Is Almost Ready to Reveal the Atomic Universe
Futurism
Understanding the Physics of Our Universe: What Is Quantum Mechanics?
More on Hard Science
Warped Tour
Feb 2 on futurism
Professor Believes Door to Warp Drive May Lie With Ethylene Glycol
Sky Bursts
Feb 2 on the byte
Astronomers Intrigued by 25 Mysterious Repeating Radio Signals From Deep Space
Tractor Beam
Jan 26 on the byte
Scientists Build Working Tractor Beam, Although It's Comically Tiny
READ MORE STORIES ABOUT / Hard Science
Keep up.
Subscribe to our daily newsletter to keep in touch with the subjects shaping our future.
+Social+Newsletter
TopicsAbout UsContact Us
Copyright ©, Camden Media Inc All Rights Reserved. See our User Agreement, Privacy Policy and Data Use Policy. The material on this site may not be reproduced, distributed, transmitted, cached or otherwise used, except with prior written permission of Futurism. Articles may contain affiliate links which enable us to share in the revenue of any purchases made.
Fonts by Typekit and Monotype.