"We've seen outbursts in the centres of galaxies before but this one is really, really massive." 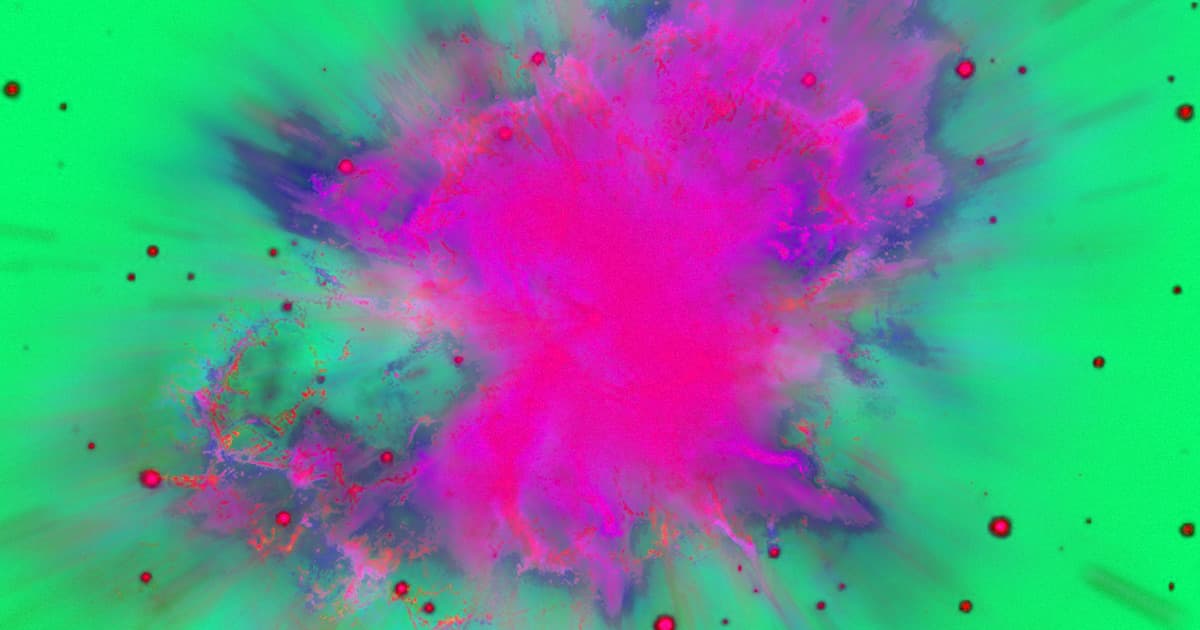 Researchers at the International Centre for Radio Astronomy Research have discovered the largest explosion ever observed in the universe since the Big Bang.

The explosion emanated from a supermassive black hole at the center of the Ophiuchus galaxy cluster some 390 million light-years from Earth.

"We've seen outbursts in the centres of galaxies before but this one is really, really massive," Melanie Johnston-Hollitt, professor at the Curtin University node of the International Centre for Radio Astronomy Research and co-author of the paper uploaded to preprint archive arXiv earlier this month, said in a statement. "And we don't know why it's so big."

To make the discovery, the researchers used four telescopes across the globe, including NASA's Chandra X-ray Observatory and the European Space Agency's XMM-Newton X-ray space observatory.

It was such a violent explosion that it literally cut a hole in the cluster plasma, the hot gas that surrounds black holes, as spotted through X-ray telescope observations of the cluster.

Simona Giacintucci, from the Naval Research Laboratory in Washington DC and lead author, compared the blast to the 1980 eruption of Mount St. Helens — one of the most violent volcanic eruptions in US history.

"The difference is that you could fit 15 Milky Way galaxies in a row into the crater this eruption punched into the cluster's hot gas," Giacintucci said in the statement.

The blast was not only gigantic, but also extremely slow.

"It happened very slowly — like an explosion in slow motion that took place over hundreds of millions of years," Johnston-Hollitt explained.

Scientists at NASA were able to confirm the unprecedented blast. "The radio data fit inside the X-rays like a hand in a glove," co-author Maxim Markevitch from NASA's Goddard Space Flight Center said in the statement. "This is the clincher that tells us an eruption of unprecedented size occurred here."

The discovery could open doors for further discoveries like it.

"It's a bit like archaeology," Johnston-Hollitt said. "We've been given the tools to dig deeper with low frequency radio telescopes so we should be able to find more outbursts like this now."

The team is now looking to make further observations with twice the number of antennas, increasing sensitivity tenfold, according to Johnston-Hollitt.

Read This Next
Kill It With Fire
Astronomers Find Five Dozen Baby Black Holes in Distant Psychotic Chaos Galaxy
Pac Man Black Hole
A Black Hole Bites a Chunk Out of This Star Every 114 Days
Hol Up
A Supermassive Black Hole Is Missing, NASA Says
Congrats!
Nobel Prize Winner on Falling Into a Black Hole: "I Would Not Want To"
Not Quite 24 Frames Per Second
Astrophysicists Release Landmark "Movie" of Wobbling Black Hole
More on Hard Science
Warped Tour
Feb 2 on futurism
Professor Believes Door to Warp Drive May Lie With Ethylene Glycol
Sky Bursts
Feb 2 on the byte
Astronomers Intrigued by 25 Mysterious Repeating Radio Signals From Deep Space
Tractor Beam
Jan 26 on the byte
Scientists Build Working Tractor Beam, Although It's Comically Tiny
READ MORE STORIES ABOUT / Hard Science
Keep up.
Subscribe to our daily newsletter to keep in touch with the subjects shaping our future.
+Social+Newsletter
TopicsAbout UsContact Us
Copyright ©, Camden Media Inc All Rights Reserved. See our User Agreement, Privacy Policy and Data Use Policy. The material on this site may not be reproduced, distributed, transmitted, cached or otherwise used, except with prior written permission of Futurism. Articles may contain affiliate links which enable us to share in the revenue of any purchases made.
Fonts by Typekit and Monotype.