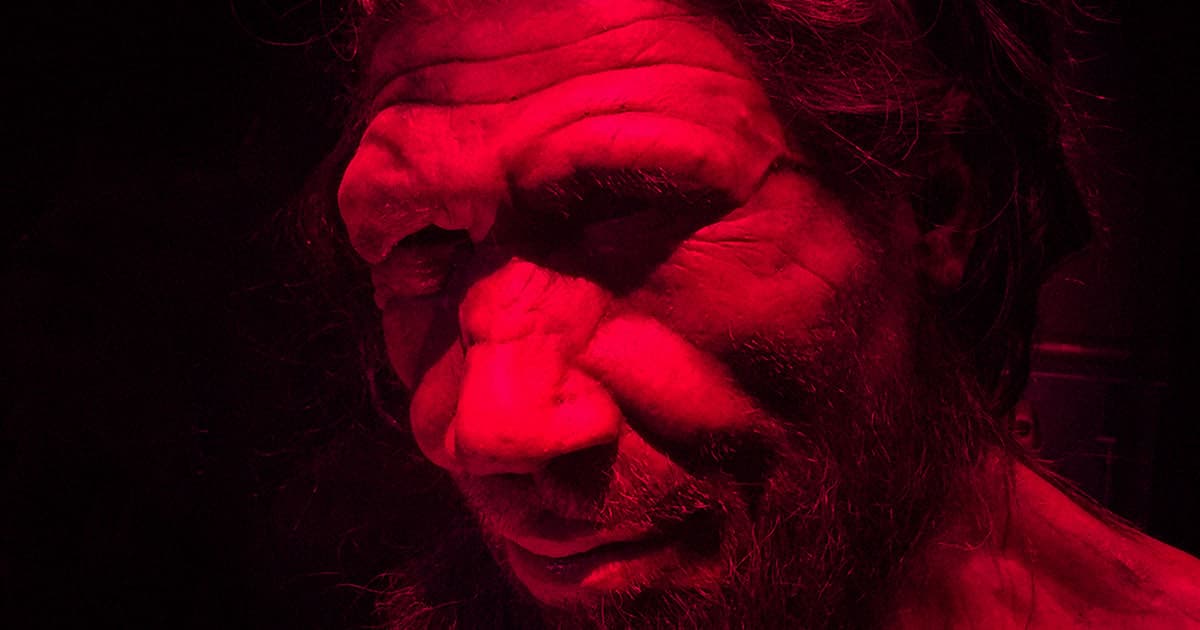 To study how early humans related to the ancient human subspecies known as Neanderthals, CNN reports, a team of European scientists grew mini-brains from human stem cells that contain Neanderthal DNA and proteins.

"We were curious how much of the Neanderthal genome could be explored if you just have access to stem cells from the right people," Grayson Camp, lead author of a new study published in the journal Stem Cell Reports today and genomics PhD at the Institute of Molecular and Clinical Ophthalmology in Switzerland, told CNN.

The team analyzed genomes from individuals with Northern European descent and compared them to a reference Neanderthal genome created in 2010 by geneticist Svante Pääbo "to figure out which parts were likely derived from Neanderthals and which parts were not," according to Camp.

"Per individual, there's something like between 1 percent and 4 percent of the genome likely derived from Neanderthals," he added.

From there, the team grew three-dimensional blobs of brain tissue inside a petri dish. These tiny brains, also called organoids, are often used to test the effects of drugs.

They are specifically not "lab-grown Neanderthal brains," as Camp assured CNN. "These are human cells, they're not Neanderthal cells but human cells that have Neanderthal DNA naturally inside them," Camp said.

The research also could give us insight into the early diet of Neanderthals, he said, and how their traits shaped human ones over thousands of years.

It's Alive-ish!
Scientists Grew Tiny Human Brains and Hooked Them up to Robots
8. 29. 19
Read More
Growing Human Mini Brains in Rats Isn't an Ethical Concern...Yet
11. 11. 17
Read More
Growing Lungs: Scientists Are Using Stem Cells to Try and Grow Human Lungs in a Dish
9. 19. 16
Read More
+Social+Newsletter
TopicsAbout UsContact Us
Copyright ©, Camden Media Inc All Rights Reserved. See our User Agreement, Privacy Policy and Data Use Policy. The material on this site may not be reproduced, distributed, transmitted, cached or otherwise used, except with prior written permission of Futurism. Articles may contain affiliate links which enable us to share in the revenue of any purchases made.
Fonts by Typekit and Monotype.