Skeptics won't be doubtful for long. 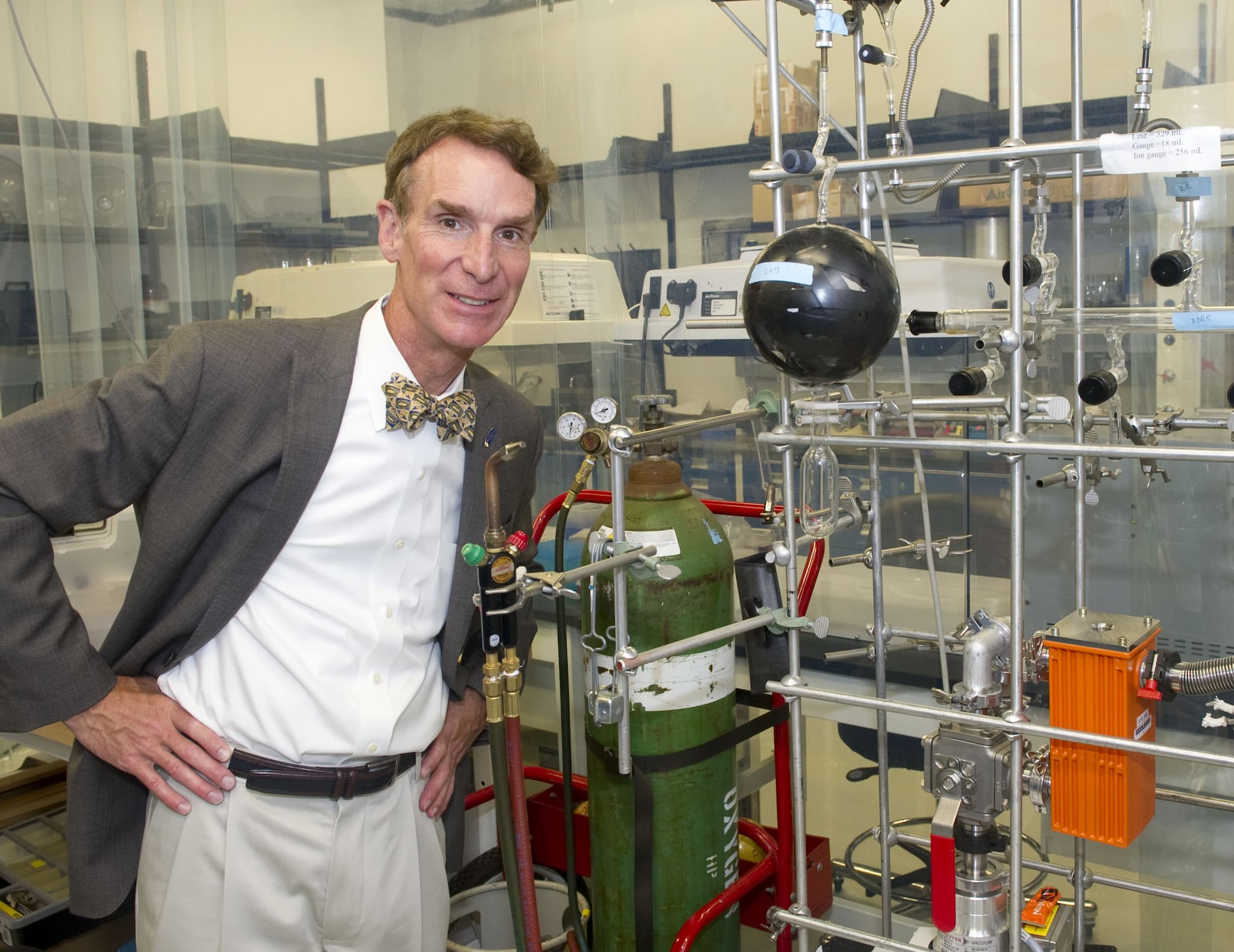 Americans may disagree with one another about a lot of things, but according to internationally renowned "Science Guy" Bill Nye, one thing we won't be disagreeing about for much longer is climate change, and the need for the United States to embrace clean energy.

In an interview with Scientific American, Nye shared his perspective on the current divide between those who accept man-made climate change and those who deny it, speculating as to why the divide persists and what will eventually close it. "The trouble is that climate change [occurs] in slow motion," said Nye. "It doesn’t have that one catastrophic moment."

Nye is hopeful that the relationship between the scientific community and general population in the U.S. will become stronger in the coming years. He believes the current situation in which even seemingly fundamental scientific facts are up for debate is "slowly changing," saying that "people are more engaged in science than they have been in decades." He also speculated that, as the Millennial generation begins taking over leadership positions, we'll see even more of a shift toward scientific engagement: "I think we will find that they are more scientifically literate than we were 20 or 30 years ago."

Good for the Environment and the Economy

Nye posited in the interview that the nation will benefit greatly once we are no longer divided between science skeptics and science believers. The environment will begin to heal and the economy will strengthen as both the government and private sectors embrace clean energy as the power generator of the future. Not only will this lessen our dependence on often imported (and always environmentally damaging) fossil fuels, it will also lead to more local jobs:

If we really want to invest in national infrastructure, if we really want to have energy independence, then we need to invest in renewable energy infrastructure. Those jobs cannot be outsourced. You might be able to buy turbine blades in another country, but you can’t erect a turbine in the U.S. from anywhere but in the U.S. So the opportunities in renewable energy are huge, and I believe everybody will figure that out and get to work on this.

Nye is hopeful that the potential benefits of investing in the energy solutions of the future could even act as a bridge between the new White House administration and those on the other side of the political fence: "I hope the common ground between Trump and the science community is innovation — it’s what keeps the United States in the game economically."

Read This Next
Coastal Chaos
The Doomsday Glacier Is Hanging on "By Its Fingernails," Scientists Say
Remember Donald?
Donald Trump Goes on Bizarre Rant Against Electric Cars
Dry Dock
The Top 13 Wildest Objects That Terrible Droughts Have Revealed
Harambe 2.0
Freya the Boat-Climbing Walrus Euthanized Because of Stupid Humans
Disease Dilemma
Study: Climate Change Making More Than Half of Infectious Diseases Far Worse
More on Earth & Energy
Worm Solutions
Yesterday on the byte
Scientists Intrigued by Worms That Break Down Plastic Really Fast
Arrested Development
Yesterday on the byte
Climate Activist Conducts Interview While Being Carried Away by Police
Big Ship Big Sails
Tuesday on the byte
Supertanker Becomes Vastly More Efficient by Adding Small Sails
READ MORE STORIES ABOUT / Earth & Energy
Keep up.
Subscribe to our daily newsletter to keep in touch with the subjects shaping our future.
+Social+Newsletter
TopicsAbout UsContact Us
Copyright ©, Camden Media Inc All Rights Reserved. See our User Agreement, Privacy Policy and Data Use Policy. The material on this site may not be reproduced, distributed, transmitted, cached or otherwise used, except with prior written permission of Futurism. Articles may contain affiliate links which enable us to share in the revenue of any purchases made.
Fonts by Typekit and Monotype.