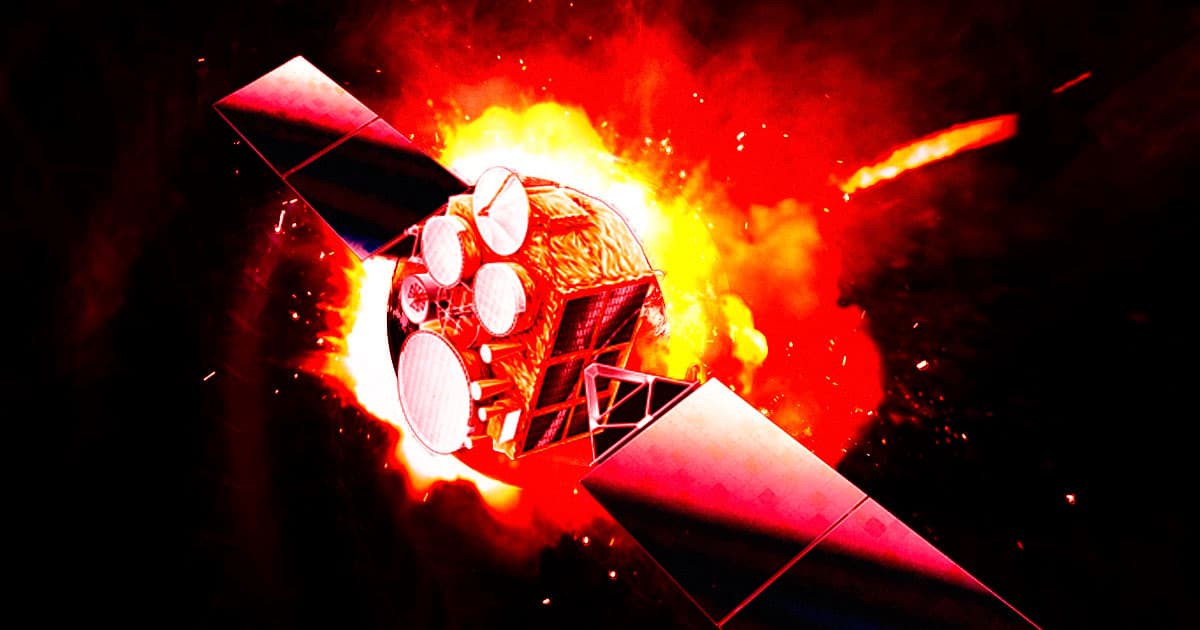 The Pentagon Is Worried a Space Nuke Will Fry Its Satellites

"That is a threat that we have to potentially be prepared for — a nuclear detonation in space."

"That is a threat that we have to potentially be prepared for — a nuclear detonation in space."

The U.S. Department of Defense released a new space strategy report on Wednesday. In it, the military revealed that it's concerned that nukes detonated in space could wipe out its fleet of satellites.

It's not a new concern, since space nukes were originally banned in the 1967 Outer Space Treaty. But all the same, Business Insider reports that the Pentagon is particularly concerned that China and Russia might strike — a dire warning for the future of combat.

The report specifically identified China and Russia as immediate threats. Such an attack could potentially devastate military communication networks as well as the myriad other systems that depend on satellites.

"The challenge of a nuclear detonation is that it creates an electromagnetic pulse and a signal that could then take out indiscriminately many satellites in space and essentially fry the electronics," Deputy Assistant Secretary of Defense for Space Policy Stephen Kitay said at a press conference on the report, according to BI.

"That is a threat that we have to potentially be prepared for — a nuclear detonation in space," he added.

If nothing else, the report is yet another sign that the idea of space remaining peaceful seems to be slipping away.

"I wish I could say that space is a sea of tranquility, but the fact of the matter is that space is contested," Kitay said. "Outer space has emerged as a key arena of potential conflict in an era of great power competition."

READ MORE: The Pentagon says it needs to be ready should an adversary try to fry satellites by detonating a nuke in space [Business Insider]

More on space nukes: The Military Is Unprepared for Nuclear Strikes on Satellites

Bright Streaks
Scientists: SpaceX Satellites Threaten "Astronomy Itself”
11. 12. 19
Read More
Antimatter Bomb: Could We Use Antimatter to Make an Explosive?
7. 11. 15
Read More
All Your Anime Are Belong To AI
Netflix Brags That It Used AI to Replace Human Animators In New Anime
Yesterday
Read More
+Social+Newsletter
TopicsAbout UsContact Us
Copyright ©, Camden Media Inc All Rights Reserved. See our User Agreement, Privacy Policy and Data Use Policy. The material on this site may not be reproduced, distributed, transmitted, cached or otherwise used, except with prior written permission of Futurism. Articles may contain affiliate links which enable us to share in the revenue of any purchases made.
Fonts by Typekit and Monotype.