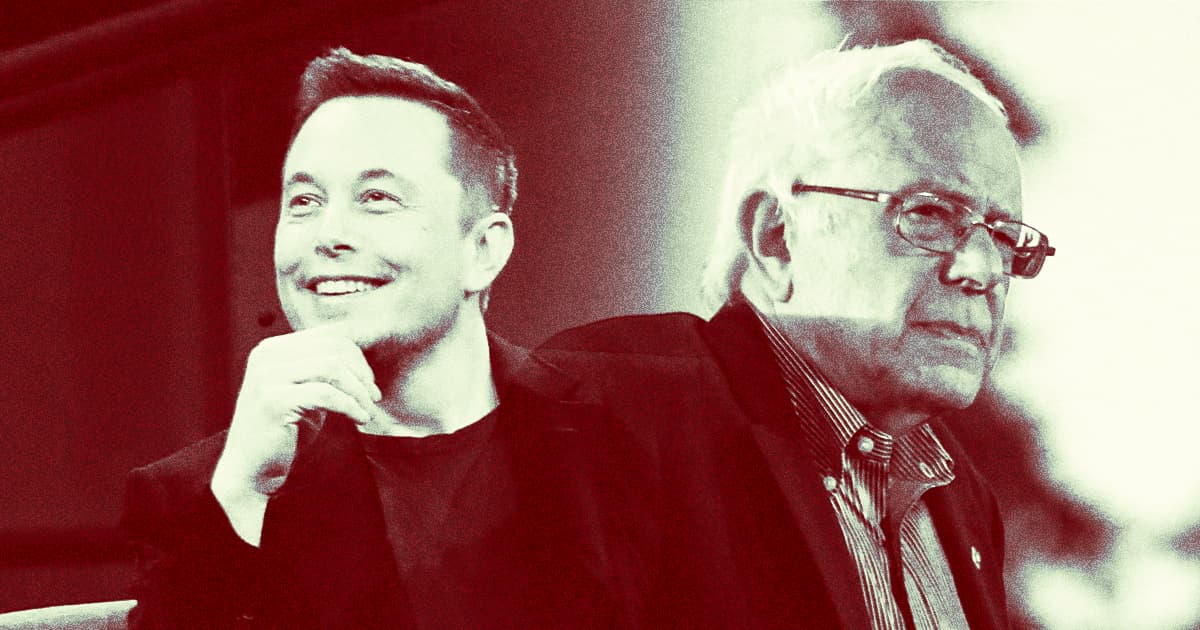 He's getting in the way of a big payout for Blue Origin.

He's getting in the way of a big payout for Blue Origin.

Congress was poised to approve an amendment to the Endless Frontier Act introduced by Senator Maria Cantwell that would have added $10 billion in funding to NASA's budget while forcing the space agency to award a second contract for the development of a Human Landing System for the Artemis Moon missions, according to Ars Technica. The amendment comes after a lobbying campaign by Jeff Bezos' space company, Blue Origins, The Intercept reports — suggesting that the extra budget would have essentially been funneled through NASA into Blue Origins' pockets.

"It does not make a lot of sense to me that we would provide billions of dollars to a company owned by the wealthiest guy in America," Sanders told The Intercept.

On Monday, Sanders introduced yet another amendment to the Endless Frontier Act specifically to strip out the language of Cantwell's.

Why is that a favor for Elon Musk? Blue Origins began its lobbying after NASA awarded the first contract to SpaceX, and the Bezos-owned company still wanted to get in on the action. If Sanders succeeds, then SpaceX can continue working with NASA, uninterrupted.

And that's ironic — basically, Sanders is preventing a space company owned by the world's wealthiest man from threatening one owned by the third-richest.

Cantwell's amendment could have been introduced in the spirit of fostering competition and preventing SpaceX from developing a space monopoly, but Ars notes that it's more likely that she intended to support and prop up Blue Origin as it chased down government contracts.

It's also worth noting that introducing a second award would only delay the already-challenging timeline for the Artemis missions, as NASA would need to open up a submission period, consider entries, and give Blue Origins time to develop a landing system instead of just continuing onward as it could today.

More on NASA: NASA Is Asking For an Enormous Amount of Extra Money