NASA Is Asking For an Enormous Amount of Extra Money

Getting to the Moon is extremely expensive. 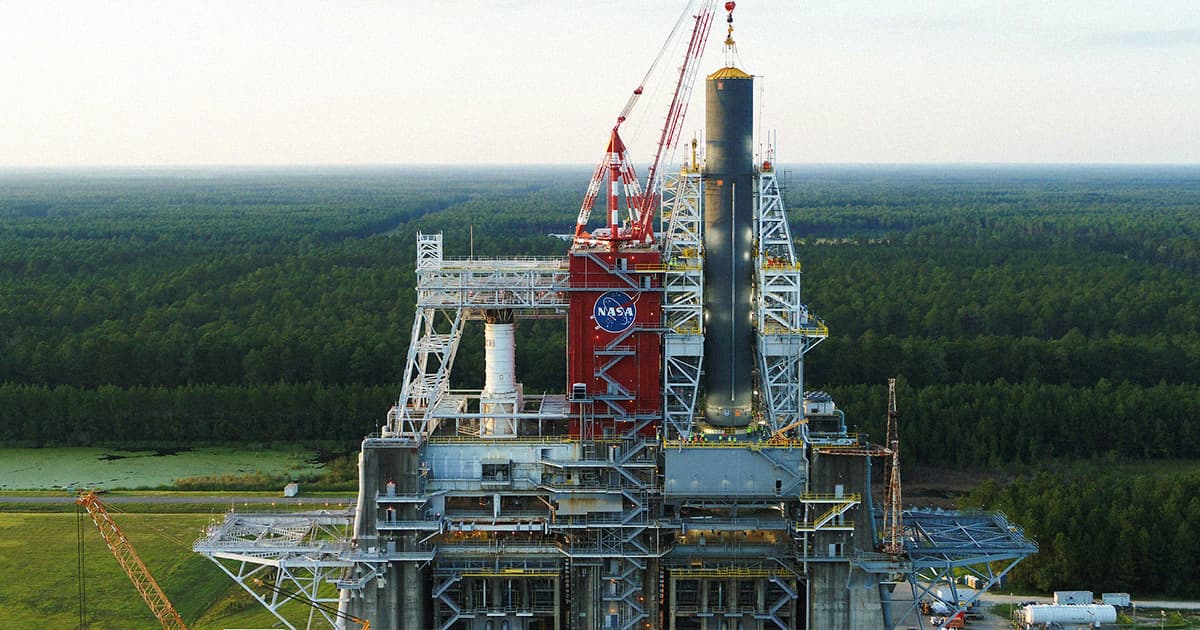 NASA needs a lot of money to ensure it has a shot at returning astronauts to the lunar surface.

During a House hearing on Wednesday, NASA administrator Bill Nelson announced that the agency is requesting more than $11 billion for its Human Landing System (HLS) program as well as upgrading existing facilities, SpaceNews reports.

It's yet another sign that NASA is facing a massive uphill battle to get astronauts off the ground and touching down on the Moon as soon as 2024 — despite its contractor SpaceX's rapid advances.

To put that ask into perspective, NASA's entire budget for the 2021 fiscal year is $23.3 billion.

The $11 billion would likely be paid out over a number of years, and would be layered on top of NASA's existing budget.

According to Nelson, $5.4 billion will go towards alternative lander developments apart from the Elon Musk-led space company's Starship spacecraft.

The news comes after NASA chose SpaceX — and SpaceX alone — to develop a spacecraft capable of landing NASA astronauts on the Moon.

Both Blue Origins and Dynetics lost out on the contract and later contested the decision, filing protests. Joining the protests were also several members of Congress, who argued choosing only SpaceX was anti-competitive.

NASA maintains it simply didn't have nearly enough funding to "keep going forward on more than one lander," as Nelson told members of the House yesterday. NASA asked for $3.4 billion to fund the HLS, but only $850 million was made available.

In a partial reversal, NASA is now planning to conduct a separate solicitation for future missions, as SpaceNews reports, which will be open to all companies, including SpaceX.

The Government Accountability Office (GAO) is now investigating Blue Origin and Dynetics' pleas. If the protests are sustained, "then everything starts over," according to Nelson, as quoted by CBS News.

That would be a major setback for an already ambitious timeline for NASA's Moon-bound Artemis missions.

"And you do [another] competition," Nelson added. "If it is not successful... what's been done is done."

Read This Next
From the Dept. of Things to Buy
Review: The "Out of This World Cook Book" Chronicles the Early Meals of the Space Age
Overloaded
Whiny Space Tourists Say They Were Too Busy on the Space Station
The Moonian
Senior NASA Official Fears Getting "Stuck" on the Moon
Moon Patrol
US Military Announces Plans for Satellite Orbiting the Moon
Space Sick
Space Is Wreaking Havoc on Astronauts' Blood
More on Sci-Fi Visions
What is Happening
Wednesday on the byte
Elon Musk Sets His Twitter Account to Private
From the Dept. of...
Monday on futurism
The Best Humidifiers of 2023
Human v. Giraffe
Jan 24 on the byte
Chaotic Italian Fashion Line Baffles Facial Recognition Software
READ MORE STORIES ABOUT / Sci-Fi Visions
Keep up.
Subscribe to our daily newsletter to keep in touch with the subjects shaping our future.
+Social+Newsletter
TopicsAbout UsContact Us
Copyright ©, Camden Media Inc All Rights Reserved. See our User Agreement, Privacy Policy and Data Use Policy. The material on this site may not be reproduced, distributed, transmitted, cached or otherwise used, except with prior written permission of Futurism. Articles may contain affiliate links which enable us to share in the revenue of any purchases made.
Fonts by Typekit and Monotype.