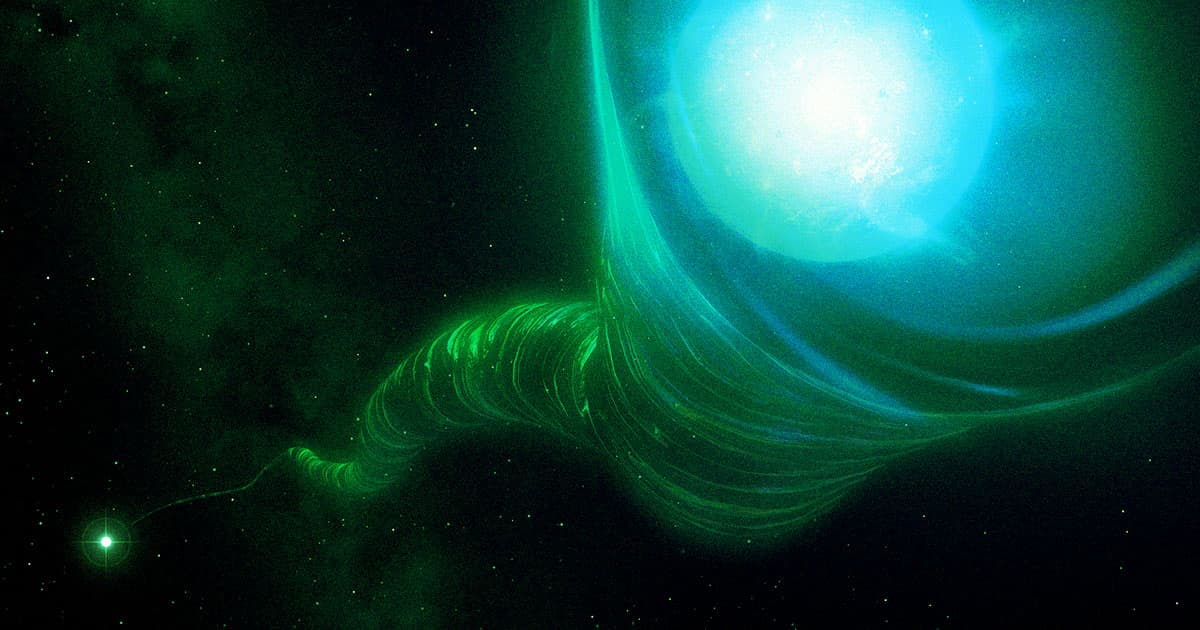 It could simply be a matter of "reanalyzing past data."

It could simply be a matter of "reanalyzing past data."

It’s possible that an extremely advanced alien civilization has created a transportation network of wormholes around the universe — and we might even be able to spot them.

While it’s certainly a far fetched theory, according to a new piece by BBC Science Focus, it has some scientists intrigued. Take Nagoya University astrophysicist Fumio Abe, who told the publication that we may have even already captured evidence of such a network in existing observations — but lost them in the sea of data, leading to the intriguing prospect that reanalyzing old observations could lead to a breakthrough in SETI.

“If the wormholes have throat radii between 100 and ten million kilometers, are bound to our Galaxy, and are as common as ordinary stars, detection might be achieved by reanalyzing past data,” Abe told Science Focus.

It’s an alluring theory, in other words, that suggests one more pathway to figure out once and for all whether humans are alone in the universe.

In simple terms, wormholes are theoretical tunnels with two ends at separate points in time and space. While they don’t violate Einstein’s general theory of relativity, we still have no idea if they could actually exist, let alone if a sufficiently advanced civilization would be capable of producing them.

For a wormhole to exist, though, it would take astronomical amounts of energy.

“Intrinsically unstable, a wormhole would need ‘stuff’ with repulsive gravity to hold open each mouth, and the energy equivalent to that emitted by an appreciable fraction of the stars in a galaxy,” reads Science Focus‘ story. The idea would be that “if ETs have created a network of wormholes, it might be detectable by gravitational microlensing.”

That technique has been used in the past to detect thousands of distant exoplanets and stars by detecting how they bend light. Whether it could be used to detect wormholes, to be clear, is an open question.

Fortunately, spotting wormholes isn’t our only shot at detecting life elsewhere in the universe. Science Focus also pointed to the search for theoretical megastructures that harness the energy of a star by fully enclosing it, or atmospheric chemicals linked to human pollution, or extremely thin reflective spacecraft called light sails, any of which could theoretically lead us to discover an extraterrestrial civilization.

The concept of wormholes is a tantalizing prospect, especially considering the fact that they could give an alien civilization — or even us — the ability to travel over vast stretches of space and time.

But for now, unfortunately, they’re not much more than a fun thought experiment.

READ MORE: These 4 signs of alien technology could lead us to extraterrestrial life [Science Focus]

More on wormholes: New Paper Claims That Yes, You Could Climb Through a Wormhole to a Distant Galaxy

Wooosh
Physicists Propose New Idea for “Human-Safe” Wormholes
3. 9. 21
Read More
Into the Wormhole
Physicists Publish Instructions For DIY Wormhole
8. 28. 19
Read More
There Are Two Types of Time Travel, and Physicists Agree That at Least One of Them Is Possible
11. 27. 17
Read More
+Social+Newsletter
TopicsAbout UsContact Us
Copyright ©, Camden Media Inc All Rights Reserved. See our User Agreement, Privacy Policy and Data Use Policy. The material on this site may not be reproduced, distributed, transmitted, cached or otherwise used, except with prior written permission of Futurism. Fonts by Typekit and Monotype.