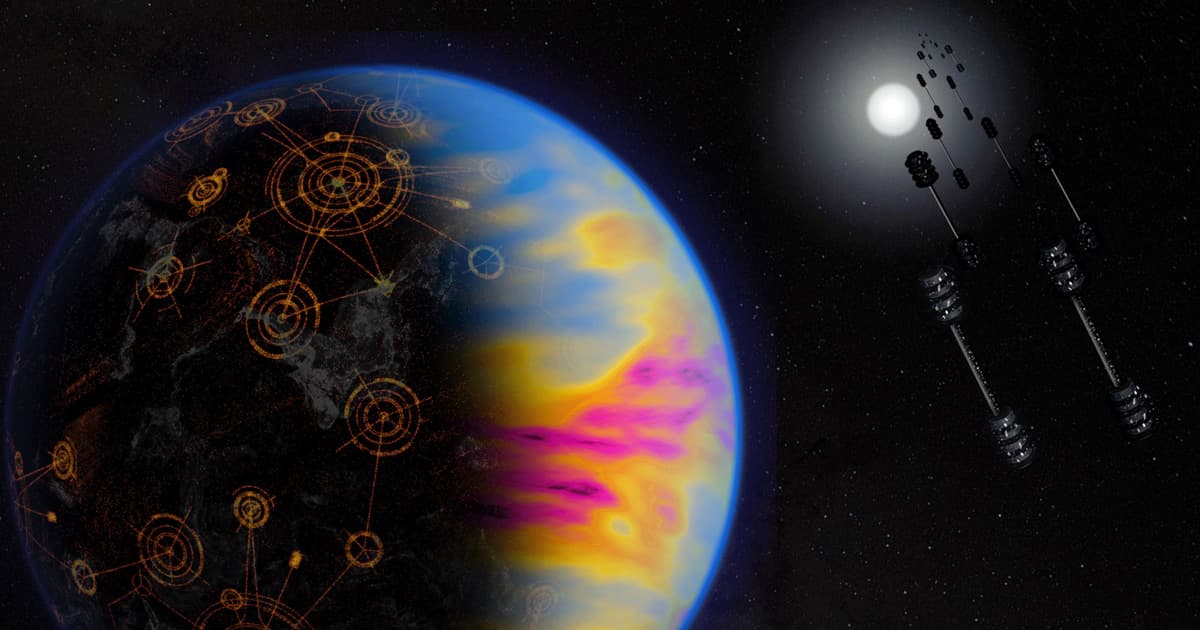 NASA Is Hunting Alien Civilizations by Looking for Their Pollution

NASA is actively searching exoplanets for signs of "industrialized civilization."

NASA is actively searching exoplanets for signs of "industrialized civilization."

A team of NASA scientists is taking a clever approach to hunting for alien life: scanning exoplanets for signs of air pollution.

Just as pollutants like nitrogen dioxide and greenhouse gases in Earth's atmosphere are an indication of human activity below, a team of NASA researchers are now looking for pollutants on other, potentially-habitable exoplanets as a new alien technosignature, meaning a sign of an advanced extraterrestrial civilization. Their study, posted online and accepted for publication in The Astrophysical Journal, is the first to add nitrogen dioxide as a potential technosignature — giving scientists a new tool in the search for life.

The idea of sniffing out aliens based on their pollution isn't a new one. But adding nitrogen dioxide, a byproduct of burning fossil fuels in power plants or vehicle engines, helps broaden the search.

The problem is that many worlds might have naturally-occurring nitrogen dioxide in their atmospheres, especially since it can be given off by volcanic activity. So part of the new study was finding a way to model the amount of nitrogen dioxide there should be on a given exoplanet.

READ MORE: NASA Study: To Find an Extraterrestrial Civilization, Pollution Could Be the Solution [NASA]

Science is Hard
Extremely Dubious Scientist Believes There's Mushrooms and Lichen on Mars
6. 30. 20
Read More
Space Munchies
Organism That Eats Meteorites Could Help Us Find Alien Life
12. 6. 19
Read More
Short List
Astronomers Just Drastically Narrowed the Search for Alien Life
8. 19. 19
Read More
+Social+Newsletter
TopicsAbout UsContact Us
Copyright ©, Camden Media Inc All Rights Reserved. See our User Agreement, Privacy Policy and Data Use Policy. The material on this site may not be reproduced, distributed, transmitted, cached or otherwise used, except with prior written permission of Futurism. Articles may contain affiliate links which enable us to share in the revenue of any purchases made.
Fonts by Typekit and Monotype.