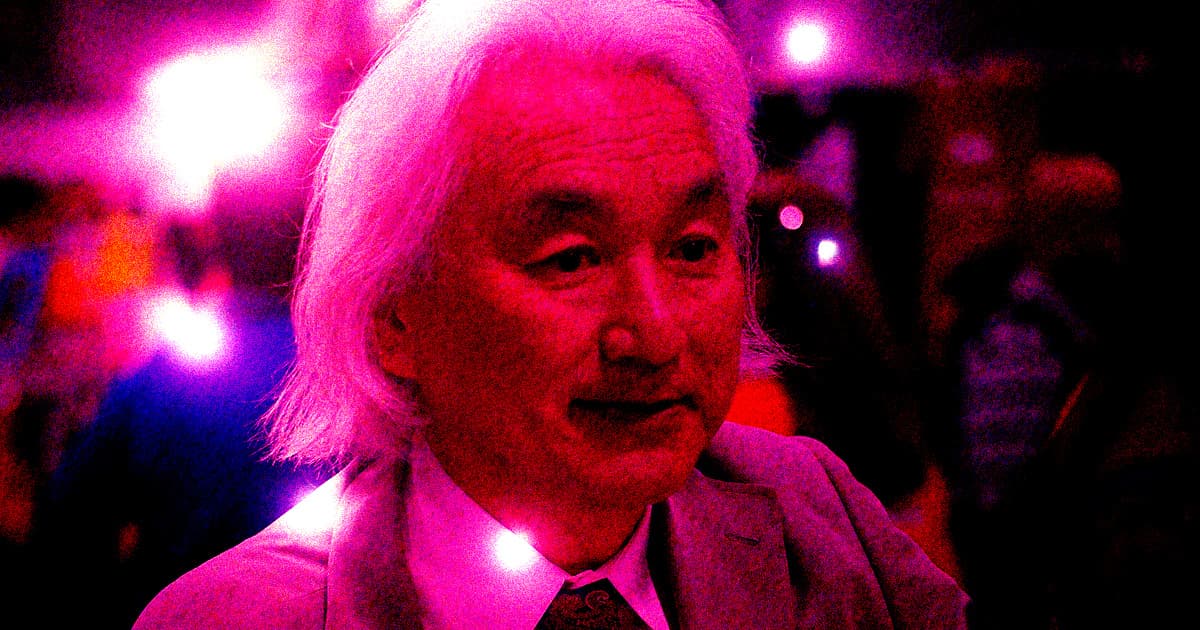 Also, what to do if you ever find yourself kidnapped inside a UFO.

Also, what to do if you ever find yourself kidnapped inside a UFO.

According to theoretical physicist and science communicator Michio Kaku, we've hit a "second golden era of space exploration" thanks to the likes of SpaceX.

Speaking to Stephen Colbert during a recent episode of "The Late Show," Kaku suggested that we could soon make first contact as a result. "I think that in this century, we will make contact with an extraterrestrial civilization," he told the show host.

The news comes after Kaku told The Guardian earlier this month how the upcoming James Webb Space Telescope could increase our chances significantly of finding alien life.

But making such statements certainly attracts the attention of the kind of people that believe we don't really need to go looking at all.

"To be honest, I've get emails from people that say: 'You're wrong professor, the aliens are already here," Kaku admitted to Colbert. "They've been in the flying saucers, they have been kidnapped."

Luckily, the physicist has some words of advice for them. "I tell them the next time you are kidnapped by an alien flying saucer, for God's sake, steal something. I don't care whether it's a pen or a chip, steal something! Because there is no law against stealing from an extraterrestrial civilization."

Kaku also expanded on the most likely places we could eventually discover extraterrestrial life. "I would love it if there is life forms on Mars, maybe even microbial life, but the best bets are the moons of Jupiter and Saturn," he said.

"Europa and Enceladus have liquid oceans, billions of miles from the Sun, who would have thought? The volume of these oceans is larger than the oceans of the planet Earth."

Fortunately, we already have several planned missions to visit some of these moons. Whether we will find evidence of life there however is anybody's guess.

READ MORE: "It's A Bad Idea To Advertise Our Existence" - Michio Kaku On Making Contact With Extraterrestrials [YouTube]

Sir!
Elon Musk: "Doesn’t Seem to Be Any Life in This Solar System"
10. 16. 20
Read More
Can't Even
Scientist Behind Venus Life Claim Describes It as "Crazy"
9. 15. 20
Read More
Is There Anybody Out There
NASA Funds Harvard Hunt for Alien "Technological Civilizations"
6. 23. 20
Read More
+Social+Newsletter
TopicsAbout UsContact Us
Copyright ©, Camden Media Inc All Rights Reserved. See our User Agreement, Privacy Policy and Data Use Policy. The material on this site may not be reproduced, distributed, transmitted, cached or otherwise used, except with prior written permission of Futurism. Articles may contain affiliate links which enable us to share in the revenue of any purchases made.
Fonts by Typekit and Monotype.