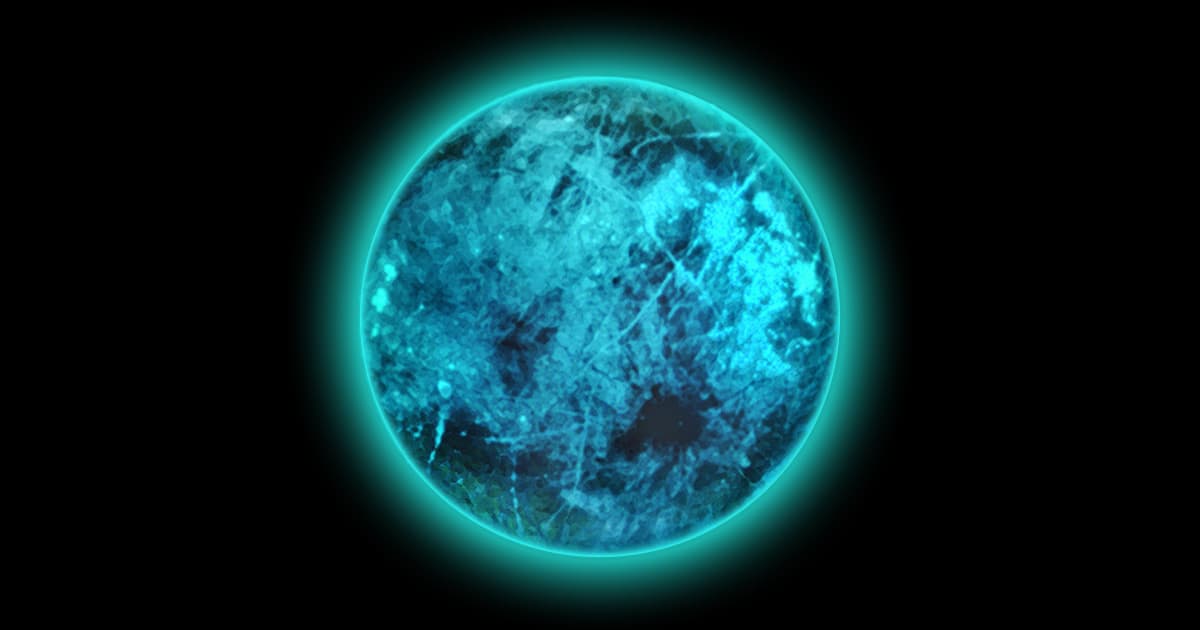 NASA Project Could Peer Inside Europa to Find Alien Life

The underground oceans of Jupiter's moon Europa are among the places in the solar system that scientists believe are most likely to harbor extraterrestrial life.

But those oceans are locked away under thick layers of ice, making it hard for researchers to find out what's going on. Thankfully, a team of NASA scientists has a new trick for discovering what, if anything, might be lurking beneath the surface, Ars Technica reports. And it depends on an unusual phenomenon that makes Europa's ice glow in the dark.

The NASA team suspects that radioactive particles expelled by Jupiter or its moon Io, accelerated by powerful magnetic fields, have made their way to Europa's ice. There, according to research published Monday in the journal Nature Astronomy, the particles will glow in wavelengths of light invisible to the naked eye.

After mixing up various concoctions of salt and water, freezing it to nearly the theoretical lowest temperature in the universe, and blasting it with radiation, the team found that this glow changed depending on what was inside, potentially giving them a way to probe Europa's oceans without digging into the ice at all. For instance, certain color glows might reveal a chemical composition amenable to organic life, hinting that Europa is hospitable after all.

Europa, however, will likely have far more complex mixtures in its oceans than individual salt solutions that the scientists tested, Ars Technica notes.

But in principle, the glow-detection technique could be useful for planned extraterrestrial-hunting missions to Europa, which are enough years away that scientists can continue to refine their tools.

READ MORE: Europa probably glows in the dark, and that may tell us what’s in it [Ars Technica]