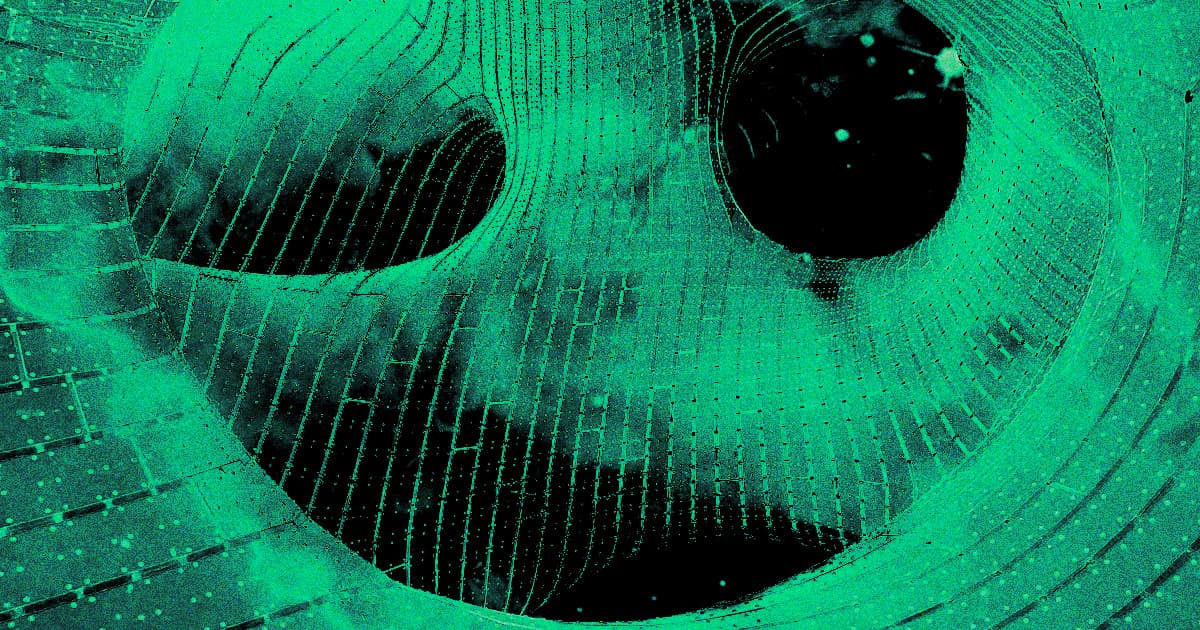 Astrophysicist Says It's Likely We Can Travel Through Wormholes

Wormholes, or theoretical bridges connecting distant points in spacetime, are quickly being plucked from the realm of science fiction and brought into scientific reality.

In recent years, scientists have made significant progress toward making sense of these hypothetical warp tunnels. Pointing to all that research, Liverpool John Moores University astrophysicist Andreea Font argues in a new essay in The Conversation that it seems increasingly likely that real people might one day travel through them. If she's right, that might mean someday being able to travel faster than light — or even through time.

Of course, there are lots of caveats here — especially since existing research on wormholes is of course far more theoretical than practical.

For instance, Font points out that it would take something called negative energy in order to stretch a wormhole open wide enough for a spacecraft to travel through — but that only minuscule amounts of negative energy have been generated in a lab.

So, is it theoretically possible? Sure! But is it feasible with today's technology? Certainly not. And with tomorrow's tech? Well, that remains to be seen.

But the recent surge of research into wormholes suggests that the things that currently seem impossible may not always remain that way, Font argues, as more scientists publish work on the exotic cosmic structures and the possibility of traveling through them.

"Wormholes are still in the realm of the imagination," Font wrote in The Conversation. "But some scientists think we will soon be able to find them, too."

READ MORE: Wormholes may be lurking in the universe – and new studies are proposing ways of finding them [The Conversation]

Time Twister
Astrophysicist Says He Knows How to Build a Time Machine
1. 2. 20
Read More
It’s Almost Impossible to Understand How Unfathomably Massive Our Universe Truly Is
11. 6. 17
Read More
Worlds Without End: The Many Kinds of Parallel Universes
1. 7. 17
Read More
+Social+Newsletter
TopicsAbout UsContact Us
Copyright ©, Camden Media Inc All Rights Reserved. See our User Agreement, Privacy Policy and Data Use Policy. The material on this site may not be reproduced, distributed, transmitted, cached or otherwise used, except with prior written permission of Futurism. Articles may contain affiliate links which enable us to share in the revenue of any purchases made.
Fonts by Typekit and Monotype.