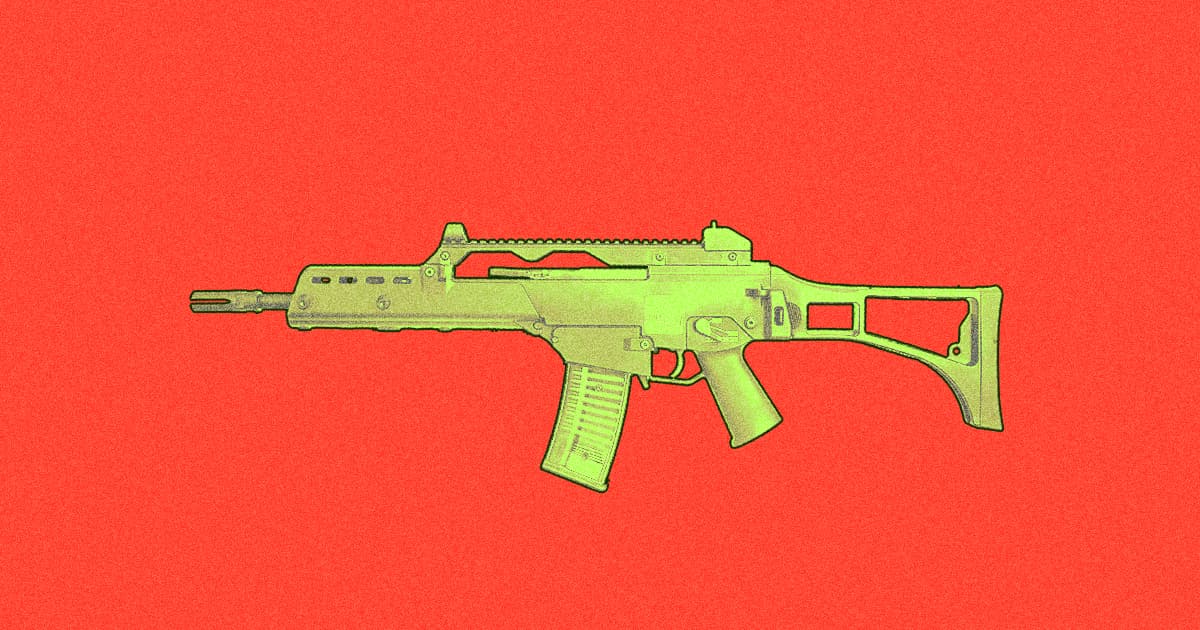 3D-printed guns, or functional firearms that can be mostly or entirely manufactured at home with a 3D printer, are getting more sophisticated and more dangerous.

For a long time, 3D-printed guns were still quite slapdash. Early homemade handguns would break apart after firing once, and they served as more of a symbolic middle finger to government firearm regulation than a tangible threat. But they're getting steadily more advanced, Slate reports. Now, a prominent 3D-printed gun community plans to unveil the designs for a functional, upgraded assault rifle early this year.

The group, Deterrence Dispensed, has an online community of thousands to which it shares gun blueprints and step-by-step instructions on how to build them, alongside lists of recommended printers and parts. Aside from those flimsy handguns, the group also designed a functional assault rifle called the FGC-9 — that's an acronym for the crude moniker "fuck gun control 9 mm" — which only costs about $100 to make with the recommended $250 printer, for a total cost starting around $350.

Most chilling? The gun is totally legal. Its barrel is made of metal, meaning it can be spotted by metal detectors, which is the one technicality that prevents the technology from being banned outright, according to Slate. But aside from that, these weapons are untraceable and allow people to circumvent other regulations like background checks — especially in countries with tighter gun control than the United States.

With the upgraded FGC-9 expected within the next few months, it stands to reason that these homemade guns — which Slate reports are favored by neo-Nazis and other extremist groups — will only become more prevalent and more dangerous.

"There is no sign of things stopping," pseudonymous FGC-9 designer "Ivan" told Slate. "Projects are only getting more ambitious."