You Can't Legally 3D Print Guns Quite Yet

A recent legal battle has cleared the way for the rise of the 3D-printed "ghost gun." 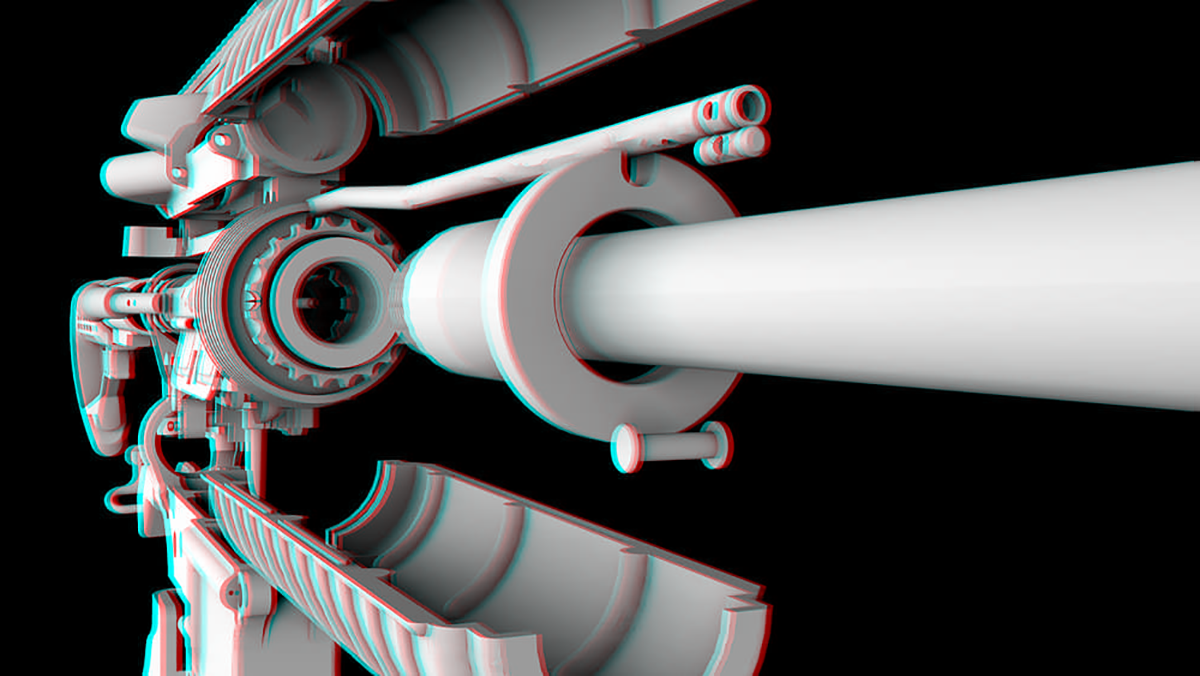 Update 8/1/2018 10:15 AM: A federal judge in Seattle officially blocked the release of 3D printable gun blueprints by Defense Distributed on Tuesday night, according to the New York Times. Judge Robert S. Lasnik, who made the decision, will hold a more formal hearing on August 10. Until that time, Defense Distributed cannot share gun schematics online.

The floodgates of gun control have been flung wide open. With the right tools, anyone anywhere can now tap into the supply of cheap, legal, nearly-undetectable firearms. As of August 1, anyone with internet access can download the schematics for an untraceable, plastic version of a semiautomatic rifle like the AR-15, and 3D print it in the privacy of their own home.

These guns are made available thanks to a court settlement against Defense Distributed, arguably the most vocal company working to create databases of 3D printable guns.

“All this Parkland stuff, the students, all these dreams of ‘common sense gun reforms'? No. The internet will serve guns, the gun is downloadable. No amount of petitions or die-ins or anything else can change that,” Defense Distributed founder Cody Wilson told WIRED in an article published earlier this month.

A little background: in 2013, Wilson designed and fired the world’s first entirely-3D-printed firearm. Once he knew it worked, Wilson uploaded the blueprints for The Liberator, his single-shot handgun that looks more like a factory reject water pistol than a dangerous weapon.

This, naturally, prompted a visit from the State Department. The government quickly shut down Defense Distributed's web site for violating the International Traffic in Arms Regulations (ITAR) because his digital blueprints were available overseas.

But then in 2015, Wilson, along with a team of constitutional lawyers, sued the State Department for violating his First and Second Amendment rights. That lawsuit continued for years, ending in Wilson’s favor this June.

That means he can get back to work sharing 3D printable guns. Now anyone can download and print these so-called ghost guns from Defense Distributed.

Worried? So are we. Here's what you need to know.

In his lawsuit, Wilson argued that code (that is, 0s and 1s) is speech and is, therefore, protected under the Bill of Rights. If that code corresponds to dangerous, untraceable weaponry, well, then so be it. This legal decision paves the way for Defense Distributed — and other, less-vocal 3D printed gun shops — to operate more in the mainstream, reaching a wider customer base without fear of legal retribution.

With this legal settlement, the export controls for any gun beneath a .50 caliber are loosened (unless that gun is fully automatic or falls under any other specific rules.

In short, not all that hard. For most people, the biggest hurdle will be getting access to a reliable 3D printer and the software necessary to use it.

Materials for ghost guns, like malleable thermoplastics and metal components, can be purchased online. Defense Distributed sells what’s called an 80 percent lower: the base for a rifle like an AR-15 that contains juuust too little of the finished product for the government to consider it a gun. With the 80 percent lower in place, it’s simpler to print out the remaining pieces of a customizable gun.

This recent legal victory means that people can print their won 80 percent lower since blueprints for complete weapons are now available. That won't cut into Defense Distributed's income stream too much; as WIRED reported, most of the company’s revenue comes from selling the Ghost Gunner, a computer-controlled milling machine specifically designed to assemble an entire ghost gun from scratch. With the right software, the Ghost Gunner can be used to print a gun from Defense Distributed's database or specific custom parts.

The world of DIY gunmaking has existed long before Cody Wilson started Defense Distributed, however. People have been using 3D printers or their own metalworking skills to create their own guns, a perfectly legal practice, for years. Hobbyists are permitted to create their own guns however they see fit as long as those guns are for their own personal use. They can't be sold and must have at least one metal component so that they would trigger a metal detector.

Does the law have any say here?

While this recent settlement allows gun blueprints to be available, downloaded, shared, and discussed online, there are still some regulations that restrict how the resulting guns can be built. For instance, the 1988 Undetectable Firearms Act dictates that all guns (3D printed or otherwise) must use a metal firing pin so that they'd set off a metal detector.

In 2014, Congress enacted the Arms Export Control Act, which could regulate the ways that weapons — or their digital imprints — are made available to other countries. Much of the regulatory power granted by the Arms Export Control Act is given directly to the president, who is expected to determine whether guns exported to another country are being used as intended (read: for self-defense instead of terrorism.) Although President Trump has mostly indicated that he's not interesting in limiting the use of firearms, a tweet on Tuesday morning is heartening to those in favor of restriction:

I am looking into 3-D Plastic Guns being sold to the public. Already spoke to NRA, doesn’t seem to make much sense!

Who can use one?

Technically, anyone with the right software, plus access to a printer and materials, could create a firearm. While the recent legal settlement only applies to Wilson's rights as granted by the U.S. government, it would be the onus of other governments to allow or block their citizens from accessing the plans. Because ghost guns don’t have serial numbers, felons and other people who might be barred by the government purchasing a firearm could now print their own if they wanted to.

Some governments might bar access gun blueprint databases, and with net neutrality gone in most U.S. states, it’s possible that some internet service providers might limit or throttle access to Defense Distributed, though there’s not yet any reason to suspect that’s going to happen.

Should I have trouble sleeping at night?

If you're like us, it's pretty worrying that some people who definitely should not have guns now have very easy access to them, as The Guardian reported.

For example: in that WIRED profile, Cody Wilson talks about how, when he assumed that Hillary Clinton would be President, he prepared to assemble a militia and launch “one final suicidal mission” against the government to protect his digital gun database. Chilling stuff.

Granted, these 3D printed guns do require a metal firing pin, which means they're not entirely imperceptible, as The Guardian noted. And while you can feel pretty secure that ghost guns hadn't made it into a place where they might have had to pass through a metal detector, it doesn't stop them from showing up in greater numbers pretty much everywhere else, like in homes or outdoors, where most mass shootings happen anyway.

Why doesn’t somebody do something?

They tried. Gun control advocates such as the Brady Center to Prevent Gun Violence, Everytown for Gun Safety, and the Giffords Law Center to Prevent Gun Violence filed requests for legal orders that would block the August 1 release of Defense Distributed’s blueprints, according to Reuters. But U.S. District Judge Robert Pitman denied the advocate organizations’ request: he said he was sympathetic to the cause but felt that there was no legal basis for an intervention.

And they're still trying. As of Tuesday morning, eight states had filed lawsuits with a federal court in Seattle to prevent the plans from going online, according to the Wall Street Journal and several other outlets.

In spite of these deterrents, however, leaked plans for 3D-printable AR-15 rifles have already been downloaded more than 1,000 times, according to Newsweek.

Meanwhile, Wilson is working on new ways to share even more gun blueprints. WIRED reports that he is working to get a book-filled room of the Defense Distributed office recognized by the government as a public library. If he's successful, Wilson would then be able to access the U.S. military’s technical manuals that include the specs for thousands of firearms; only libraries approved by the federal government can access the military's microfiche reels that carry the information.

He would also host his company’s servers in a corner of the library to exploit what could become a public relations nightmare for the government: should the recent legal settlement be reversed and his servers be raided, that would mean storming a public library. Wilson is hoping that the image of soldiers raiding a place where people borrow books and movies would deter such a raid.

We will update this story as more information becomes available.

Editor's note (8/1/18 at 10:15 AM): This piece, including the headline, has been updated to reflect the judge's decision late Tuesday to block the release of the plans, at least for now. We have also added a line to more accurately reflect how DIY guns have been produced in the past.

To read more about technological gun control, click here: With No Legislation Imminent, Companies Are Stepping in to Limit Access and Visibility of Guns

Read This Next
Gun Point
Federal Judge: It's Illegal to Post 3D-Printed Gun Designs Online
3D Printed Guns
A Court Just Sent a Man to Prison For 3D Printing a Gun
Futurism
With No Legislation Imminent, Companies Are Stepping in to Limit Access and Visibility of Guns
Futurism
No, Violent Video Games Don't Cause Mass Shootings
Futurism
A Robot Can Print This $64,000 House in as Little as Eight Hours
More on Future Society
Unorthodox Urinal
Dec 2 on the byte
Scientists Say They've Figured Out the Ideal Urinal for Not Splashing Back
Abso-Effing-Lutely
Dec 2 on futurism
Free Speech Absolutist Elon Musk Discovers That Some Speech Is Unacceptable After All
Might See Nonsense
Dec 2 on futurism
MSN Fired Its Human Journalists and Replaced Them With AI That Started Publishing Fake News About Mermaids and Bigfoot
READ MORE STORIES ABOUT / Future Society
Keep up.
Subscribe to our daily newsletter to keep in touch with the subjects shaping our future.
+Social+Newsletter
TopicsAbout UsContact Us
Copyright ©, Camden Media Inc All Rights Reserved. See our User Agreement, Privacy Policy and Data Use Policy. The material on this site may not be reproduced, distributed, transmitted, cached or otherwise used, except with prior written permission of Futurism. Articles may contain affiliate links which enable us to share in the revenue of any purchases made.
Fonts by Typekit and Monotype.