Blaming violent media for mass shootings is a gross oversimplification. 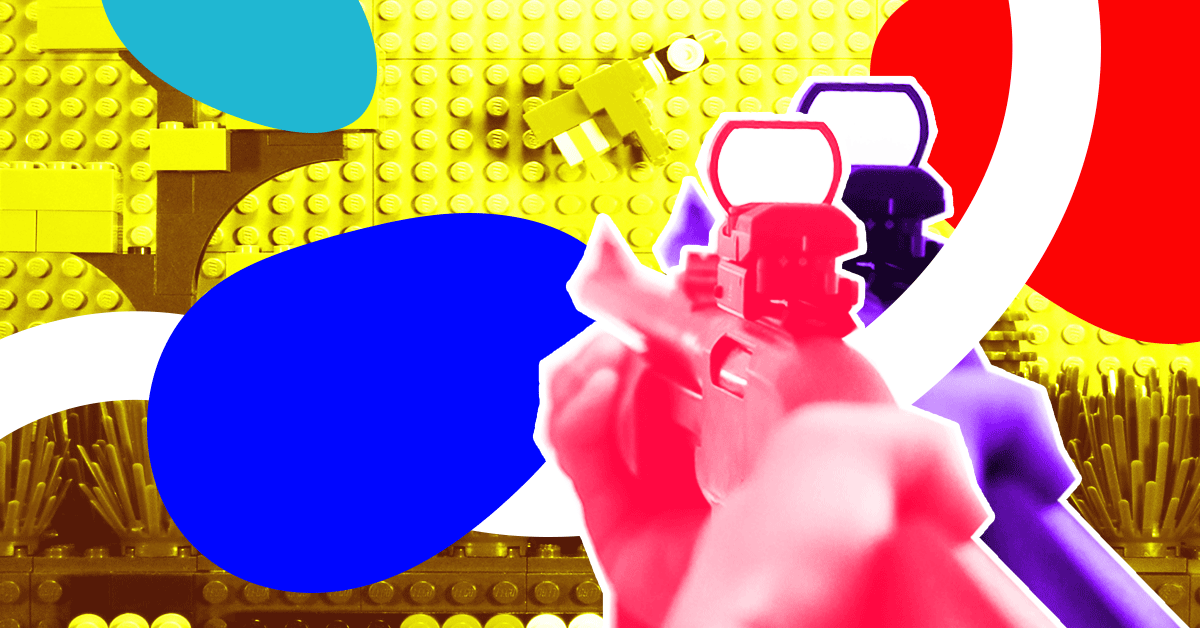 In February 2018, 17 people were killed at a Florida high school when a former student attacked them with a legally-purchased assault rifle. In the wake of this tragic event, like far too many before it, people have demanded changes in policies that could stop it from happening again. Instead, however, President Trump has blamed a popular scapegoat: video games.

“I’m hearing more and more people say the level of violence on video games is really shaping young people’s thoughts," Trump said during a White House meeting on school safety on February 22, 2018. And you go the further step, and that’s the movies. You see these movies, and they’re so violent. And yet a kid is able to see the movie if sex isn’t involved, but killing is involved, and maybe they have to put a rating system for that.”

The president's logic doesn't echo what is found in the scientific literature. Studies conducted over the past few decades have not shown a decisive connection between violent video games and this kind of extreme behavior.

In 2005, California attempted to ban the sale of video games to minors; the law was struck down by the Supreme Court six years later. "California’s claim that 'interactive' video games present special problems, in that the player participates in the violent action on screen and determines its outcome, is unpersuasive," the ruling read. The Supreme Court asserted that, like books, plays, and other forms of media, video games qualify for protection under the First Amendment.

The decision also noted that psychological studies did not prove that exposure to violent games caused aggressive actions.

A 2015 in-depth review study by the American Psychological Association (APA) concluded that violent video games do have an impact on aggression — but the APA noted that there was insufficient evidence to link this kind of exposure to criminal violence, delinquency, or physiological and neurological changes.

"All violence is aggression, but not all aggression is violence," according to the APA report. "This distinction is important for understanding this research literature, for considering the implications of the research, and for interpreting popular press accounts of the research and its applicability to societal events."

The consensus is that aggressive or violent behavior tends to result from the accumulation of various risk factors. Violent media can contribute to those risk factors, but to claim that they are the root cause of behaviors like mass shootings is a major oversimplification. And there is still no evidence that violent video games cause children to purchase AR-15 assault rifles and shoot up their former high schools like it's "Call of Duty" brought to life.

The irony, of course, of reviving the "violent video games precipitate violent behavior" debate, is that Congress actually doesn't allow the U.S. Centers for Disease Control and Prevention (CDC) from studying gun violence as a public health issue. Under what's known as the "Dickey Amendment," passed 22 years ago, the CDC can’t fund gun-related research or use money to “advocate or promote gun control.”

What that means: lawmakers — President Trump included — have little to no idea about what causes gun violence or how to stop it.

And politicians including Trump are hesitant to push for an intervention that actually works: curbing assault rifle sales. Trump and other politicians are unwilling to do this for fear of losing funding or support from the National Rifle Association (NRA), especially when his popularity numbers hover near an all-time low.

If our representatives can't pass legislation to curb these shootings, at least they could get out of the way of well-meaning researchers trying to better understand it. Bringing up the subject of video games time and time again does little more than distract and misinform the public.

Read This Next
Russian Block
Teen Sentenced to Prison for Plotting Terror Attack in Minecraft
Speak English
Donald Trump Says Bitcoin Is a "Scam"
Trumped
Facebook Oversight Board Rules That Trump Remains Banned
Brands We Love
Get Help From a Mental Health Professional Without Leaving Your Home
Delete Twitter
Elon Musk Has Some Strong Opinions About Cyberpunk 2077
More on Future Society
Vatican Vagrant
7:59 PM on the byte
Elon Musk Takes Flabbergastingly Awkwardly Picture With the Pope
Movie Magic
5:27 PM on the byte
Robots Now Delivering VR Porn Headsets to the Terminally Lonely
McDoom
3:52 PM on the byte
Sorry Folks, That Photo of Doom Running on a McDonald's Kiosk Is Fake
READ MORE STORIES ABOUT / Future Society
Keep up.
Subscribe to our daily newsletter to keep in touch with the subjects shaping our future.
+Social+Newsletter
TopicsAbout UsContact Us
Copyright ©, Camden Media Inc All Rights Reserved. See our User Agreement, Privacy Policy and Data Use Policy. The material on this site may not be reproduced, distributed, transmitted, cached or otherwise used, except with prior written permission of Futurism. Fonts by Typekit and Monotype.