He ruled that the Trump Administration can't simply reverse an earlier decision. 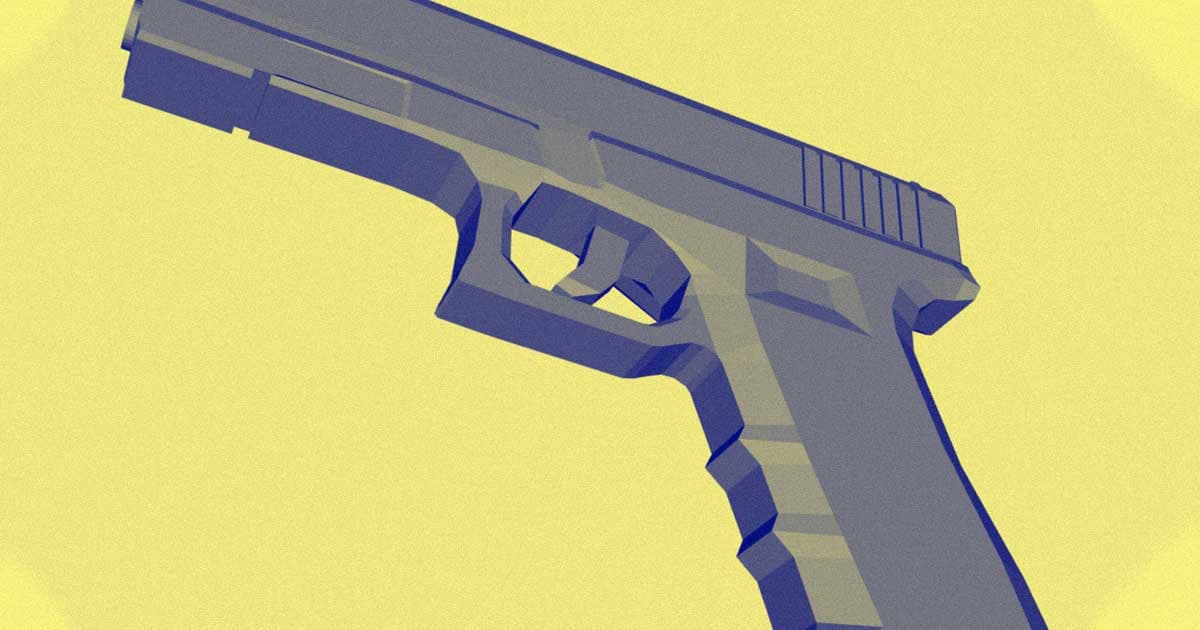 Some background: In 2013, an activist organization called Defense Distributed posted blueprints for a functional 3D-printed gun online. The Obama administration ordered the group to take the blueprints down.

In 2015, Defense Distributed sued the government, claiming it had a First Amendment right to share the blueprints. The Justice Department argued that doing so violated export laws and threatened both national security and world peace — and both federal trial and appellate courts agreed, ruling against Defense Distributed.

But then in June 2018, the Trump Administration settled with Defense Distributed, granting the company permission to post the blueprints online and paying it nearly $40,000 to cover the legal fees of founder Cody Wilson, who resigned from the company three months later after he was arrested in Taiwan, where he fled after having sex with an underage girl in Texas.

Before Defense Distributed could post the plans online, however, Attorney General Bob Ferguson filed a lawsuit arguing that the Trump Administration's decision violated both the Constitution and the Administrative Procedure Act, which regulates how federal agencies develop and issue rules.

Essentially, Ferguson asserted that the Trump Administration couldn't just decide to contradict what the Justice Department previously argued — and Judge Lasnik agreed, calling the decision to allow Defense Distributed to share its blueprints "arbitrary and capricious."

"Given the agency's prior position regarding the need to regulate 3D-printed firearms and the CAD files used to manufacture them," he wrote, "it must do more than simply announce a contrary position."

Though it's hard to say whether this will be the end of the legal back-and-forth between Defense Distributed and the federal government, Ferguson appears pleased with Lasnik's ruling.

"It is baffling that the Trump Administration continued to work so hard to allow domestic abusers, felons, and terrorists access to untraceable, undetectable 3D-printed guns," he said. "Even the president himself said in a tweet that this decision didn’t make any sense — one of the rare instances when I agreed with him. I’m thankful the court agrees, too."

Read This Next
3D Printed Guns
A Court Just Sent a Man to Prison For 3D Printing a Gun
Futurism
You Can't Legally 3D Print Guns Quite Yet
Futurism
With No Legislation Imminent, Companies Are Stepping in to Limit Access and Visibility of Guns
Futurism
No, Violent Video Games Don't Cause Mass Shootings
Futurism
A Robot Can Print This $64,000 House in as Little as Eight Hours
More on Future Society
Down in Flames
Wednesday on the byte
Elon Musk Apparently Thinks Twitter Is a "Flaming Dumpster Rolling Down the Street"
All Tomorrow's Pa...
Wednesday on the byte
Party Startup Says It Has Zero Plans to Make Any Money With Investors' Funds
Primate Theft
Tuesday on the byte
It Was a Very Bad Weekend for Monkeys Being Stolen From Zoos, Apparently
READ MORE STORIES ABOUT / Future Society
Keep up.
Subscribe to our daily newsletter to keep in touch with the subjects shaping our future.
+Social+Newsletter
TopicsAbout UsContact Us
Copyright ©, Camden Media Inc All Rights Reserved. See our User Agreement, Privacy Policy and Data Use Policy. The material on this site may not be reproduced, distributed, transmitted, cached or otherwise used, except with prior written permission of Futurism. Articles may contain affiliate links which enable us to share in the revenue of any purchases made.
Fonts by Typekit and Monotype.