This Algorithm Can Create 3D Animations From A Single Still Image

Watch characters simply "walk out" of their picture frame. 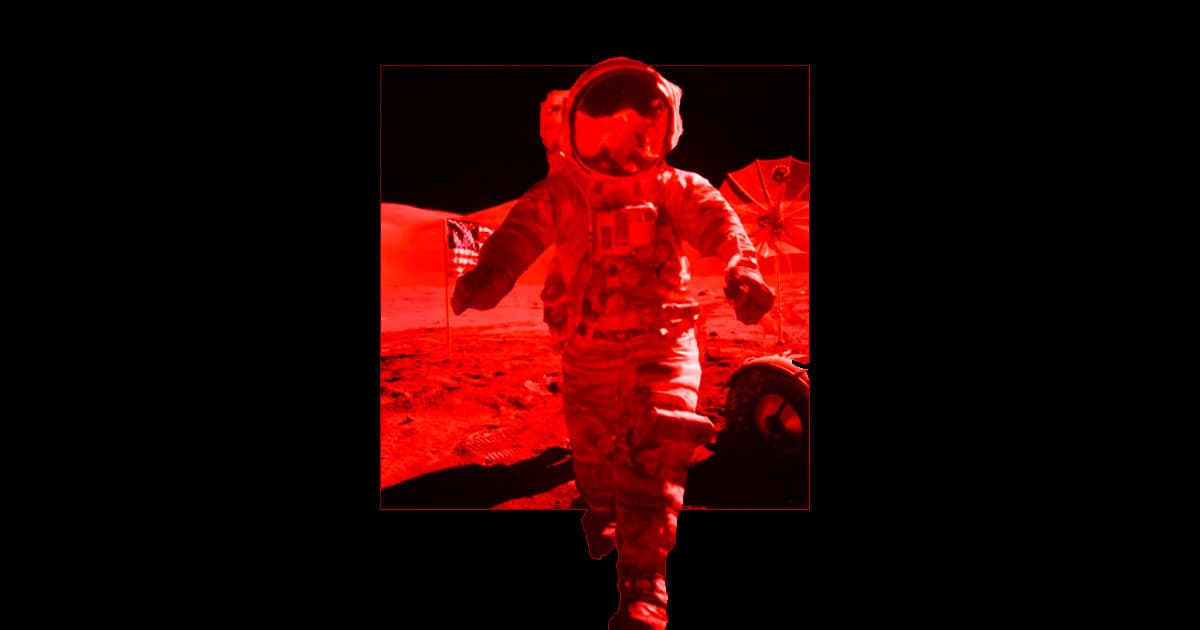 Chung-Yi Weng, PhD student at the University of Washington, and some of his friends created something truly astonishing.

Their software called "Photo Wake-Up" allows character animations to simply "walk out" of a static image frame — without leaving a hole in the picture behind them. The results were published in a recently submitted paper.

Weng's method identifies a 2D subject in a single photo as input, and creates a 3D animated version of that subject. The animation can then "walk out, run, sit, or jump in 3D."

And it could redefine the way we interact with photos. "We believe the method not only enables new ways for people to enjoy and interact with photos, but also suggests a pathway to reconstructing a virtual avatar from a single image," Weng, and his collaborators explain in the paper.

The effect, as seen in the video below, is amazing, albeit jarring. Basketball legend Stephen Curry can be seen jumping into action, jogging straight out of his photo frame. One of Picasso's surrealist creations cuts itself out of its frame perfectly, leaving the painting behind it in tact.

For the effect to work properly, all Weng's software needs is a still frame showing a silhouette. It cuts out the 2D shape, and warps it around a 3D skeleton that matches it.

Researchers have tried to create a similar effect in the past, but the results have been a lot less impressive. Weng's new approach adds an important new ability: it can identify different body parts like arms and legs, and warp each one individually in a way that matches the 2D cutout exactly.

The software even works in augmented reality, and could redefine the way we interact with two-dimensional pieces of art the next time we visit an art gallery.

More on 3D animation: Witness the Remarkable Evolution of Animation in Video Games

Read This Next
Brands We Love
You Could Be Using VR to Boost Your Hidden Creativity
Futurism
Augmented Reality Recreates A New York City Not Seen for Centuries
Futurism
Virtual Reality Has Reached A "Tipping Point." It's Officially Here to Stay.
Futurism
Google Is Bringing Augmented Reality Functionality to Chrome
Futurism
Doctors Can Now Use Augmented Reality to Peek Under a Patient's Skin
More on Virtuality
Zapped
Thursday on the byte
VR Company Shows Off Full-Body Suit That Electrocutes You Everywhere
Lethal Cringe
Feb 16 on the byte
Mark Zuckerberg Tells Employees They're Called "Metamates" Now
Buyer Beware!
Feb 14 on the byte
Insurance Company Says VR Headsets Are Causing Spike in Smashed TVs
READ MORE STORIES ABOUT / Virtuality
Keep up.
Subscribe to our daily newsletter to keep in touch with the subjects shaping our future.
+Social+Newsletter
TopicsAbout UsContact Us
Copyright ©, Camden Media Inc All Rights Reserved. See our User Agreement, Privacy Policy and Data Use Policy. The material on this site may not be reproduced, distributed, transmitted, cached or otherwise used, except with prior written permission of Futurism. Fonts by Typekit and Monotype.