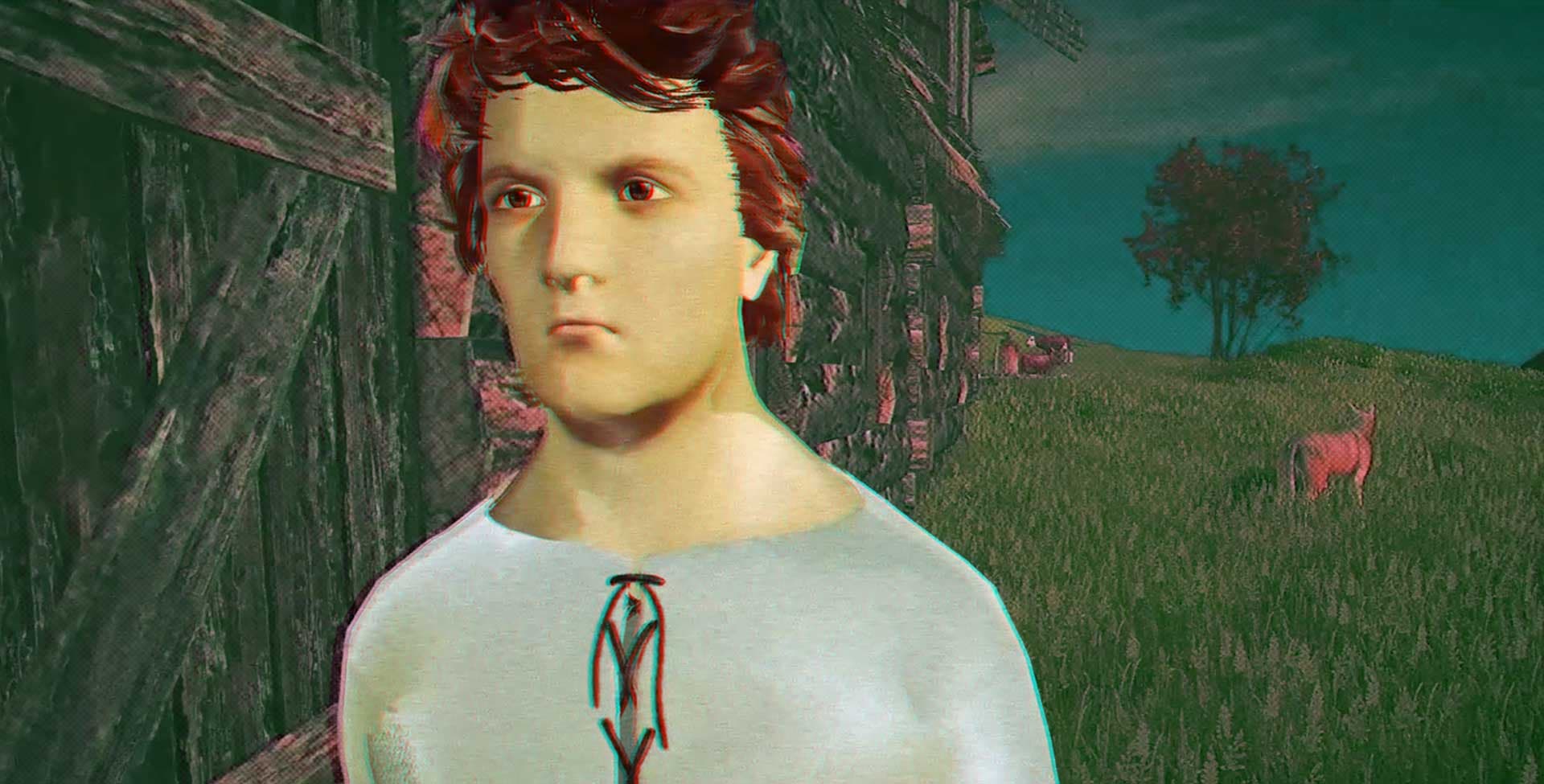 If you’re looking to augment your walking tour of New York, but you grew tired of catching pokémon, shooting zombies, and hiding virtual graffiti, there’s a new AR app to help you make more of your stroll through the Big Apple.

Inventing America is a new AR experience mapped to real-world Governor’s Island, an (yep you guessed it) island that sits squarely in the East River, due East of the Statue of Liberty.

Today, Governor’s Island is a scenic destination broken up into a small national park and several historic sites. But originally, it was a seasonal outpost for Native Americans (who inhabited the whole region) to set up camp and collect fish. The British arrived, and the island changed hands several times between the English and Dutch — specifically, the West India Company, which made the island the base of its operations.

This post-colonial scene is what you step into on the Inventing America app. Viewed through a phone or tablet, Governor’s Island becomes the locus of a rip in the very fabric of spacetime. Step through the simulated time warp and you’re thrown back to the 17th century as a cartoony colonist, animated through 3D rendering and motion capture technology, work to settle the future New York City.

The brainchild of mixed reality artist Roi Lev (a former Israeli intelligence officer but more recently a master’s graduate from New York University), Inventing America features a cast of virtual characters and a branching storyline that users can freely follow, explore, or ignore as they see fit. It’s entirely up to each person how much they want to interact with the app’s narrative and cast of virtual colonists. And because the project relies on augmented reality rather than a virtual reality simulation or standard video, the only way to explore the virtual island is to wander the physical island.

The animation isn’t perfect by any means — the project’s official trailer shows a virtual character’s hands and arms clipping through his vest as he gestures. But it’s OK to suspend your disbelief — many indie-made video games share similar design glitches and the literally island-sized undertaking that is Inventing America can surely afford a couple of bugs.

Given Magic Leap’s much-anticipated but utterly-disappointing demo, augmented reality could use some cool new projects that are more fun than high-tech body-shaming. And for Lev, Governor’s Island is just the beginning of his New York City time travel adventures.

“This is a first episode of experiences of the city in different times,” Lev told Futurism. “We recently started developing an experience set in the Lower East Side in the beginning of the 20th century.”

More about the future of augmented and virtual reality: Virtual Reality Has Reached A “Tipping Point.” It’s Officially Here to Stay.

Read This Next
Photo Wake-Up
This Algorithm Can Create 3D Animations From A Single Still Image
Brands We Love
You Could Be Using VR to Boost Your Hidden Creativity
Futurism
Virtual Reality Has Reached A “Tipping Point.” It’s Officially Here to Stay.
Futurism
Google Is Bringing Augmented Reality Functionality to Chrome
Futurism
Doctors Can Now Use Augmented Reality to Peek Under a Patient’s Skin
More on Virtuality
Lethal Cringe
Feb 16 on the byte
Mark Zuckerberg Tells Employees They’re Called “Metamates” Now
Buyer Beware!
Feb 14 on the byte
Insurance Company Says VR Headsets Are Causing Spike in Smashed TVs
To Meta Predator
Feb 8 on futurism
Experts Warn of Child Predators in Mark Zuckerberg’s Metaverse
READ MORE STORIES ABOUT / Virtuality
Keep up.
Subscribe to our daily newsletter to keep in touch with the subjects shaping our future.
+Social+Newsletter
TopicsAbout UsContact Us
Copyright ©, Camden Media Inc All Rights Reserved. See our User Agreement, Privacy Policy and Data Use Policy. The material on this site may not be reproduced, distributed, transmitted, cached or otherwise used, except with prior written permission of Futurism. Fonts by Typekit and Monotype.