Just don't call it a hologram. 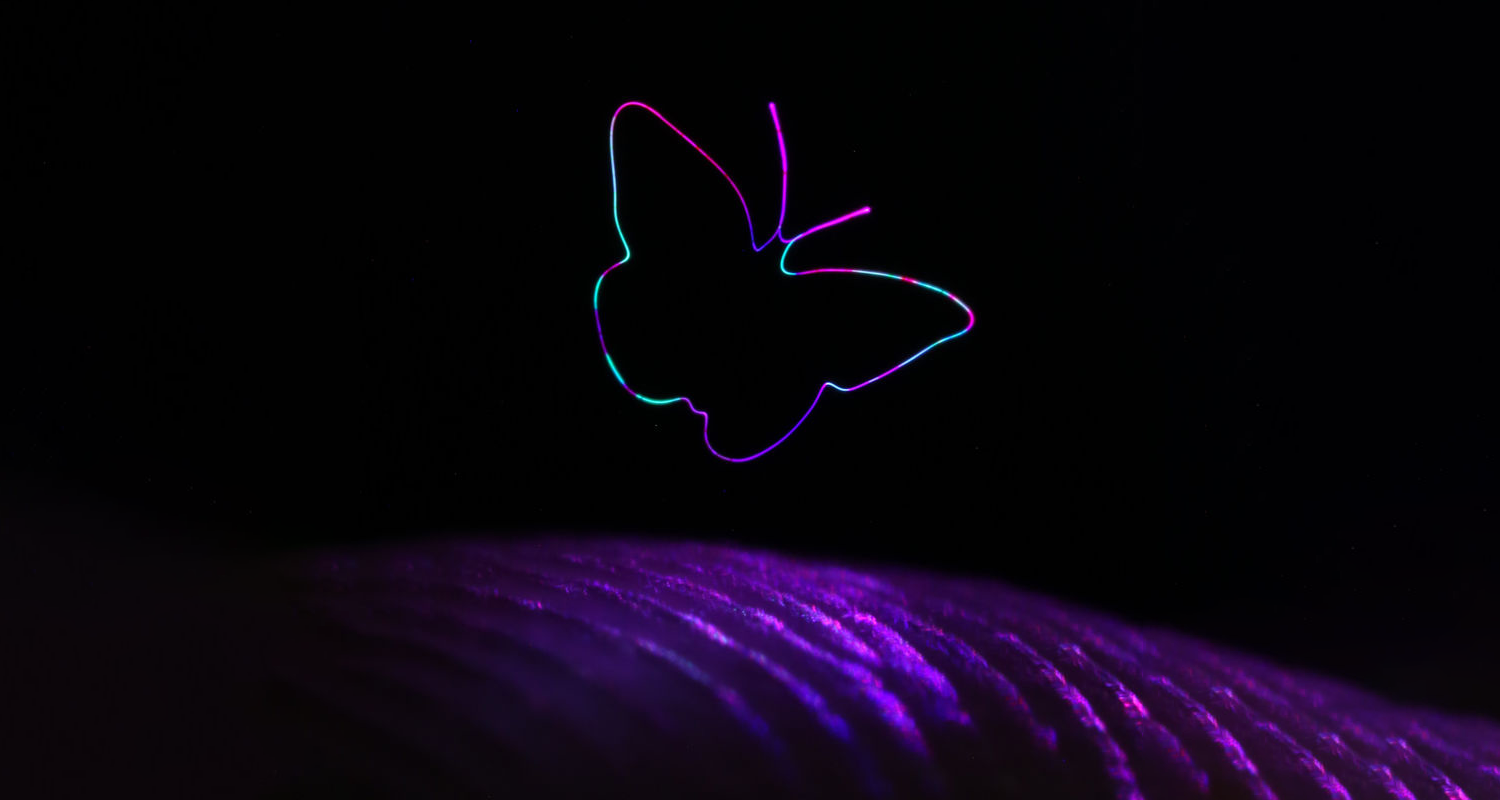 For many sci-fi fans, a truly working hologram is Princess Leia asking Obi Wan Kenobi for help. While that's clearly science fiction, a projected image that one can observe from all angles may have just become the only hope for authentic 3D projections.

This is the subject of a new study published in the journal Nature, detailing how a team of physicists led by Daniel Smalley from the Brigham Young University (BYU) in Provo, Utah, have managed to project moving 3D images viewable at any angle.

Smalley doesn't call it a hologram, however. “This is doing something that a hologram can never do — giving you an all-round view, a Princess Leia-style display — because it’s not a hologram,” he told Nature News. An actual hologram, as it exists today, is an image projection coming from a source limited to a particular angle. It can't be viewed perfectly from all sides.

What Smalley's team developed is a technique they call volumetric display, where a single particle of a plant fiber called cellulose is trapped and heated evenly using forces from near-invisible laser beams. To illuminate the particle as it moves through space, pushed and pulled by the beams forces, a second set of lasers project visible light onto it.

As the name suggests, the projected image appears to have more volume to it, without the need for headgears or other such devices. “In simple terms, we’re using a laser beam to trap a particle, and then we can steer the laser beam around to move the particle and create the image,” undergrad coauthor Erich Nygaard explained in a BYU press release.

The extent of how the technique works is still limited to smaller images. Because of the limited way human eyes can see images, when the particles move faster than a rate of 10 per second, what's seen is a solid line. This can be made to appear like it's moving by changing the images even faster. Smalley's team successfully demonstrated it by projecting the static outline of a butterfly, as well as a moving spiral line drawing. Larger images can also be projected if they are still, or moving slowly.

Admittedly, the technology is still in its very early stages, despite having borrowed from and improved on other similar 3D projections' systems. For instance, to make more realistic images, Smalley's team will need to figure out a way to make the particles move faster. “If we make as much progress in the next four years as we made in the last, I think we will be successful making a display of useful size,” Smalley told Nature.

Holography and other 3D-projection technologies are new, and as such their applications are still rather limited. One can imagine how volumetric display — once perfected — could potentially be used to improve entertainment and gaming in the same way virtual and augmented reality devices are trying to do. It could also be used in military training exercises, to simulate battles scenes in 3D.

And perhaps it could be used to send messages across a galaxy far, far away. As Smalley pointed out: “We’re providing a method to make a volumetric image that can create the images we imagine we’ll have in the future."

Read This Next
Futurism
Holograms Come to Life in the World's First Interactive Lightfield Display
Futurism
You Could Own the World's First Glasses-Free Holographic Phone by Early 2018
Futurism
Avatar Sequels Could Be Shown in 3D That Doesn't Require Glasses
Futurism
Our 3D Holographic Technologies Just Got 2,600 Times Better
Futurism
Wildly Famous Japanese Pop Star Sells Thousands of Tickets in NYC. Also, She's A Hologram
More on Virtuality
Biggest Loser
Thursday on the byte
Facebook's Metaverse Division Lost Nearly $14 Billion Dollars Last Year
Meta Marked
Jan 25 on the byte
The Metaverse Industry Is Already Going Belly-Up, for Reasons We Can't Imagine
Try Again
Jan 13 on the byte
Congress Rejects Funding the Military's Microsoft AR Goggles Because They Made Soldiers Sick
READ MORE STORIES ABOUT / Virtuality
Keep up.
Subscribe to our daily newsletter to keep in touch with the subjects shaping our future.
+Social+Newsletter
TopicsAbout UsContact Us
Copyright ©, Camden Media Inc All Rights Reserved. See our User Agreement, Privacy Policy and Data Use Policy. The material on this site may not be reproduced, distributed, transmitted, cached or otherwise used, except with prior written permission of Futurism. Articles may contain affiliate links which enable us to share in the revenue of any purchases made.
Fonts by Typekit and Monotype.