One of the most famous pop stars in Japan isn't even real. No, seriously. 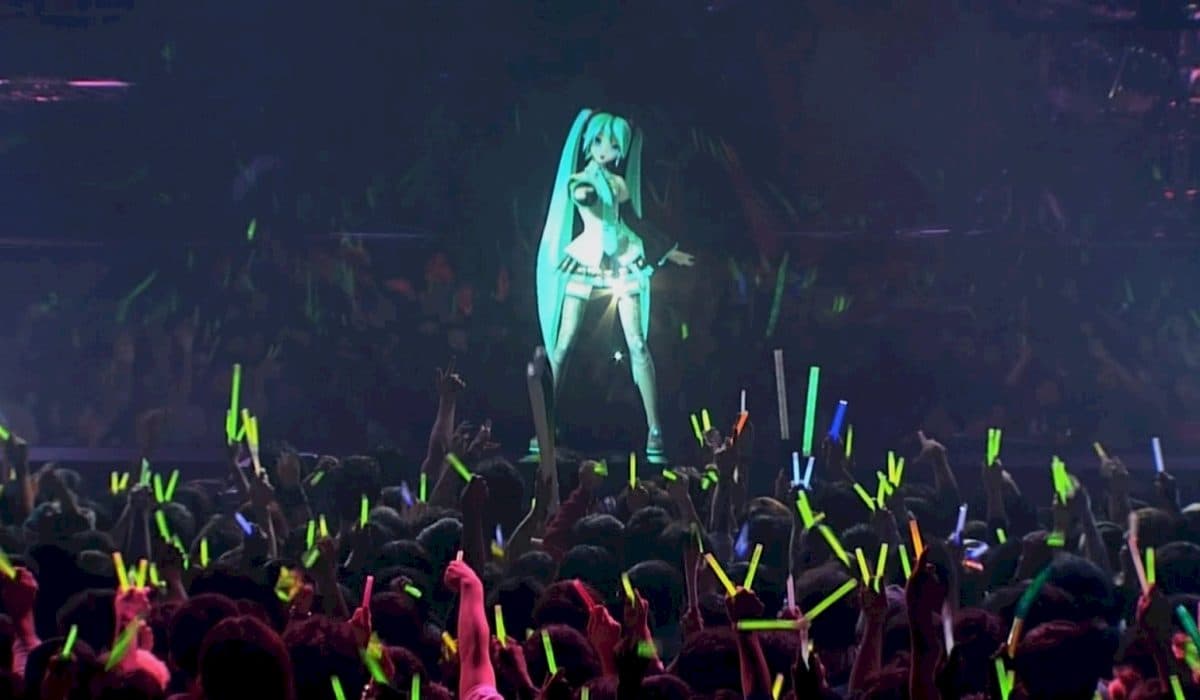 Move over, Tupac. A new hologram just rocked the U.S.

Hatsune Miku, the computer-generated singing sensation, just finished the U.S. leg of her North American tour at New York's Hemmerstein Ballroom. And she appeared in person—well, in hologram.

Miku is known as a 'vocaloid,' or a virtual musician, whose music is created by 'singing synthesizer' technology that mimics a human voice-- specifically the voice of Japanese actress Saki Fujita. The software powering her is an application developed in 2007 by Crypton Future Media, a media company located in Sapporo, Japan.

The cool thing about Miku is that any fan can use the program to compose her songs. For about $200, aspiring producers can purchase software loaded with Hatsune Miku proprietary voices and begin making songs. After they've created a song, they can upload and share what they made.

Should a track take off within Miku’s active internet community, the song can become part of her onstage act. Miku’s albums are sold as compilations, and credit the online username of each song’s creator as its track artist.

With the increasing development of virtual reality technology, artists like Miku will certainly get a lot more common in the years to come.

Read This Next
Futurism
Physicists Just Made Star Wars-Style 3D Projections a Reality
Futurism
Holograms Come to Life in the World's First Interactive Lightfield Display
Futurism
You Could Own the World's First Glasses-Free Holographic Phone by Early 2018
Futurism
Avatar Sequels Could Be Shown in 3D That Doesn't Require Glasses
Futurism
Our 3D Holographic Technologies Just Got 2,600 Times Better
More on Virtuality
Who's This For?
Oct 11 on the byte
Meta's Uber-Expensive New VR Headset Is Dead on Arrival
We Met Online
Aug 21 on the byte
People Are Going on Dates in the Metaverse and It Sounds Very Strange
Spare Us
Aug 17 on the byte
Wave of Criticism Hits Zuckerberg's Metaverse for Looking Like Crap
READ MORE STORIES ABOUT / Virtuality
Keep up.
Subscribe to our daily newsletter to keep in touch with the subjects shaping our future.
+Social+Newsletter
TopicsAbout UsContact Us
Copyright ©, Camden Media Inc All Rights Reserved. See our User Agreement, Privacy Policy and Data Use Policy. The material on this site may not be reproduced, distributed, transmitted, cached or otherwise used, except with prior written permission of Futurism. Articles may contain affiliate links which enable us to share in the revenue of any purchases made.
Fonts by Typekit and Monotype.