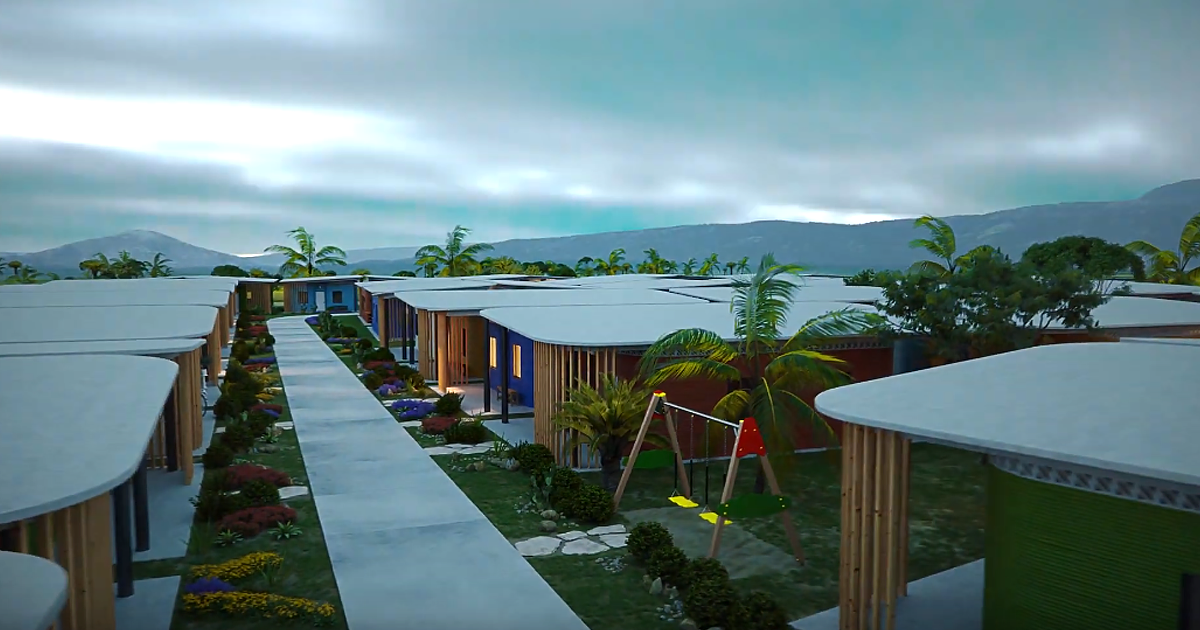 Watch a 3D-Printed Neighborhood Spring up From Nothing

"We’re bringing very futuristic technology to the families that need it most first."

"We’re bringing very futuristic technology to the families that need it most first."

We've already seen a 3D printer construct a house. Now we can watch one build a whole neighborhood.

On Thursday, housing nonprofit New Story shared a video that shows how it plans to build what it calls the "world's first 3D-printed community" — a futuristic application of 3D-printing technology that could bring affordable housing to the places that need it most.

If You Pipe It

The video depicts Vulcan II — a 33-by-11-foot 3D printer developed in collaboration with New Story's technology partner, ICON — piping what appears to be concrete into place to create the frame of a small house — a process that the nonprofit claims the machine can complete in less than a day.

The video then speeds up to show the printer creating a row of the dwellings before providing a tour of a home's interior, which appears airy and bright.

The video may be just a rendering, but the project it depicts is very real — New Story plans to build a 3D-printed neighborhood of more than 50 houses in Latin America this summer.

Each home will cost just $7,000, and only families earning less than $200 per month will be eligible to buy them.

Editor's Note 5/10: This story was updated to clarify the maker of the printer.

READ MORE: Take a look at the vision for the world’s first 3D-printed neighborhood [Fast Company]