Japan Is Replacing Its Aging Construction Workers With Robots

For now, the machines aren't nearly as good at it as the human workers. 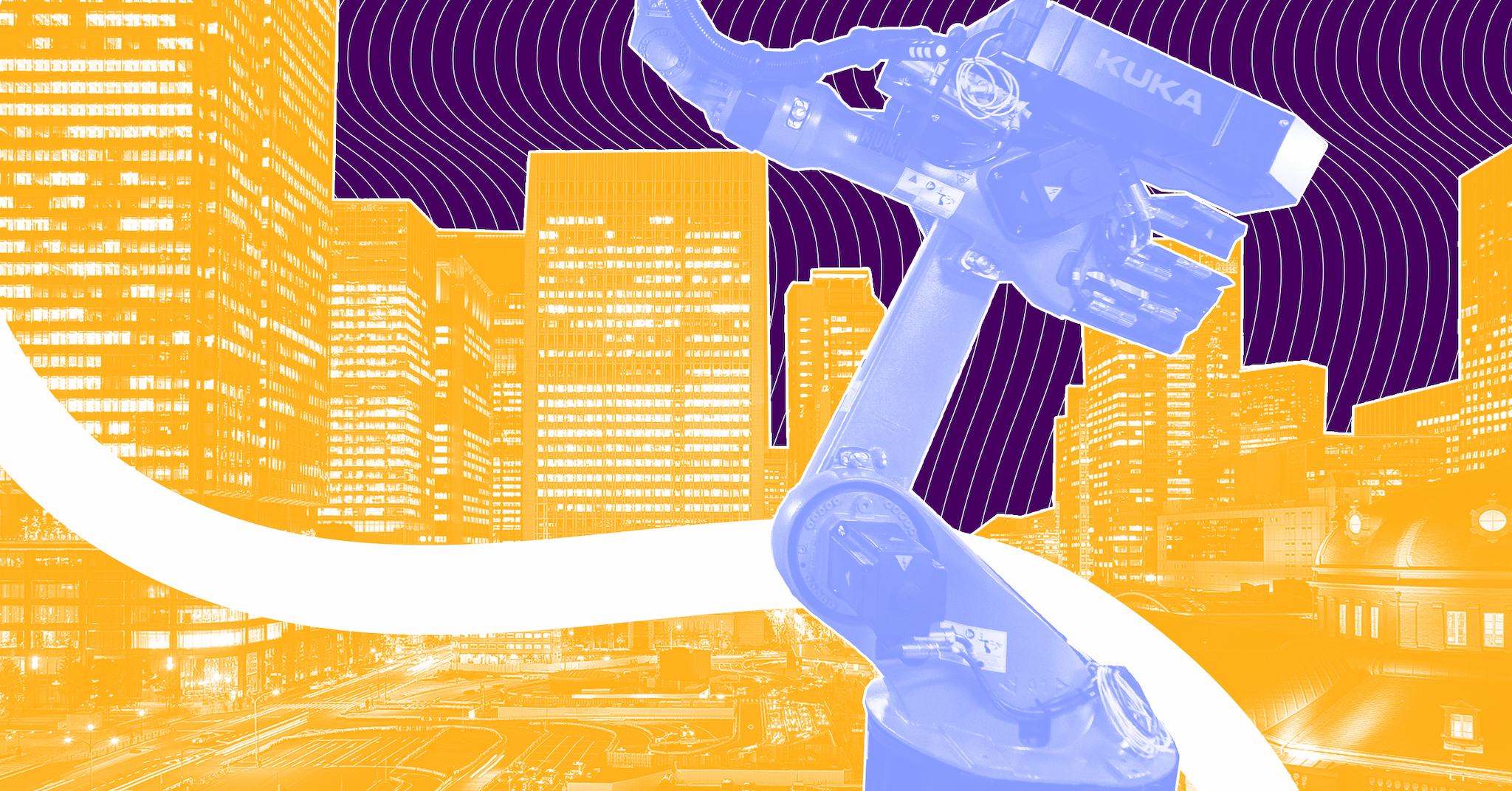 Japanese companies are facing a workforce automation problem. It’s not the kind you normally hear about, though — workers aren’t afraid they’ll lose their jobs to machines. Instead, the companies need to engineer robots to replace the droves of Japanese workers approaching retirement age.

Right now, over a quarter of the Japanese population is over the age of 65, and that number is expected to jump to 40 percent over the next 40 years. That's bad news for industries that will need to replace those retiring workers, especially for industries like construction for which automation hasn't caught on as quickly.

Some companies are working to develop new robots to aid in high-rise construction. Many have been developed, but few deployed. One, Shimizu, is about to test its newly-developed robotic welder, carrier, and all-purpose lifting tool.

It's not been easy to get this far, and the robots are still nowhere near perfect, according to an article in Bloomberg Technology. The problem is that working on a building requires people or robots to actually, you know, move around within the building. In spite of improvements in autonomous machinery, engineers haven’t quite figured out how to make a robot that can do meaningful construction work while being able to move as they need to on a construction site.

But Japan's construction industry needs these bots, like, now. When an industry is automated, workers are often displaced. But now, those employees are leaving either way, and the tech needed to fill in the gaps might not be ready.

Experts suspect robots can take over some of the welding, shipping, and basic tasks involved in constructing a new high rise. But even then, robot labor will only make up about 1 percent of each project, based on current technology.

Construction bots, which include assembly robots (the kind that work in factories) as well as autonomous, self-navigating vehicles like forklifts, will mainly work night and weekend shifts. Because the technology is so new, current workers would feel more comfortable not working in the same space, for safety purposes. This is required of autonomous vehicles on construction sites but will also be the case for assembly bots used in construction.

The robot revolution is still off in the distance, but for the sake of Japan's future constructions, maybe we should hope it comes around a bit sooner.

Read This Next
Unholy Diver
Terrifying Humanoid Diving Robot With "Human" Sense of Touch Explores Shipwreck
FROM THE DEPT. OF THINGS TO BUY
Best Science Gifts of 2022
Diner Drama
People Furious at Robot Serving Pancakes at Denny's
Killer Robot Update
Uh Oh, They Strapped a Sniper Rifle to a Robot Dog
Drone Tanker News
The US Navy Just Used a Drone to Refuel a Fighter Jet in Midair
More on Robots & Machines
Arm the Plants
Yesterday on the byte
Project Lets Houseplant Control Robot Arm Equipped With Machete
Gunne Sax
Sep 29 on the byte
Man 3D Prints 110 Guns, Sells Them to Buyback Program for $21,000
From the Dept. of...
Sep 28 on futurism
Best Printers Under $100 in 2022
READ MORE STORIES ABOUT / Robots & Machines
Keep up.
Subscribe to our daily newsletter to keep in touch with the subjects shaping our future.
+Social+Newsletter
TopicsAbout UsContact Us
Copyright ©, Camden Media Inc All Rights Reserved. See our User Agreement, Privacy Policy and Data Use Policy. The material on this site may not be reproduced, distributed, transmitted, cached or otherwise used, except with prior written permission of Futurism. Articles may contain affiliate links which enable us to share in the revenue of any purchases made.
Fonts by Typekit and Monotype.