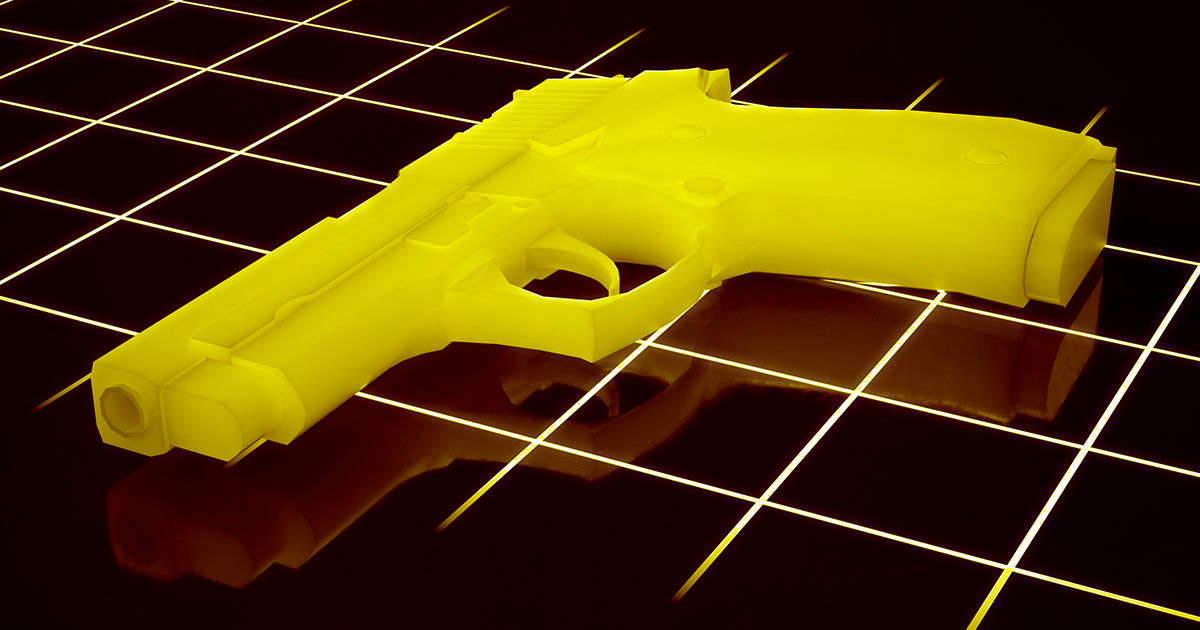 "If they [the government] were to come after me, they’d first have to find my identity."

"If they [the government] were to come after me, they’d first have to find my identity."

A global network of gun enthusiasts is using the internet to anonymously share the files needed to 3D-print firearms — and there's seemingly nothing anyone can do to stop them, according to a newly published Wired story that includes an interview with one of the network's members.

“If they [the government] were to come after me, they’d first have to find my identity,” a person going by the name Ivan the Troll told Wired. “I’m one of many, many like-minded individuals who’re doing this sort of work.”

Guns are, obviously, not illegal in the United States. The issue with 3D-printed guns is that they make it easy for people to circumvent existing gun laws.

Essentially, anyone with access to an adequate 3D printer can go online, download a CAD file for free, and print the parts needed to build a functioning firearm — and "anyone" includes people prohibited from owning guns for legitimate reasons.

Ivan the Troll doesn't seem to see an issue with this, telling Wired that thousands of people across the globe are currently developing 3D-printed guns — and there's seemingly no magic bullet that could convince them to stop.

READ MORE: 3D-printed guns are back, and this time they are unstoppable [Wired]

More on 3D-printed guns: A Court Just Sent a Man to Prison for 3D Printing a Gun

Gun Point
Federal Judge: It's Illegal to Post 3D-Printed Gun Designs Online
11. 14. 19
Read More
3D Printed Guns
A Court Just Sent a Man to Prison For 3D Printing a Gun
2. 14. 19
Read More
You Can't Legally 3D Print Guns Quite Yet
7. 31. 18
Read More
+Social+Newsletter
TopicsAbout UsContact Us
Copyright ©, Camden Media Inc All Rights Reserved. See our User Agreement, Privacy Policy and Data Use Policy. The material on this site may not be reproduced, distributed, transmitted, cached or otherwise used, except with prior written permission of Futurism. Articles may contain affiliate links which enable us to share in the revenue of any purchases made.
Fonts by Typekit and Monotype.